Ten years since the Autism Act

To coincide with World Autism Month, Capgemini UK has been raising awareness on this complex neurological condition. Autism is a lifelong disability which affects how people communicate and interact with the world. Around 700,000 people in the UK have autism; factor in their families, and the condition is part of daily life for 2.8 million people.

Our CAPability Network (Ability and Carers) Co-Chair, Thomas Vaughn, attended a special reception at The Houses of Parliament to celebrate the 10th anniversary of the Autism Act. 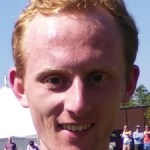 On Tuesday 3rd March, I travelled to Westminster for a special reception celebrating the 10th anniversary of the Autism Act. This event was organised by the National Autistic Society (NAS) and hosted by the All-Party Parliamentary Group on Autism (APPGA) at the Houses of Parliament. It was an opportunity for supporters of the charity to join together with MPs to acknowledge where progress has been made, while highlighting the work that still needs to be done to make society work for autistic people.

The Autism Act is a landmark piece of legislation. Introduced in 2009, it is the only law dedicated to improving support and services for a specific disability. However, a recent APPGA inquiry found that there is still not enough care, support and understanding in our society for autistic people. This is having devastating consequences: widespread isolation, mental health problems and people slipping into crisis. The inquiry report set out a number of key recommendations. It urged the government to introduce specialist autism diagnosis and support in every council in England, give councils the money they need to address the social care crisis, and honour its existing commitment to launch a fully-funded campaign to improve public understanding of autism. 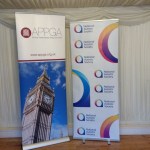 During the reception there was a speech from Secretary of State for Justice Robert Buckland, and the new Care Minister Helen Whately spoke about plans to implement the Oliver McGowan mandatory training on autism and learning disabilities for health and social care staff. The charity’s new chief executive, Caroline Stevens, also made an address, and there were speeches from two campaigners who shared their experiences as autistic people.

Afterwards there was a chance to network with other supporters of the NAS, many of them also on the autistic spectrum. One of the people I spoke to shared my passion for running, and was delighted to tell me that he was doing the London marathon this year, raising money for the NAS and attempting to re-claim a world record in the process! If anyone is curious, the record was for the most brands advertised on a single sportswear item.

I also met a gentleman who works as a test consultant for Auticon, a unique multinational IT consultancy which exclusively employs autistic adults. This was a timely reminder that many autistic people possess the kind of skills – accuracy, attention to detail and pattern recognition – which make us ideally suited to work in software testing. I am excited by the possibility of Capgemini harnessing this largely untapped pool of talent. Not only does it make business sense to hire people with these skills, but it is a great way to show that we are a truly inclusive employer!

IN RECOGNITION of our continued dedication to workplace inclusion, Capgemini UK has been ranked first in The Inclusive Top 50 UK Employers List 2021/22 a definitive list of  the most inclusive UK-ba...

Three employees who have served in the Armed Forces, tell how they have found new careers with Capgemini Transitioning to a new career after serving in the military isn’t just about a change of jobs....

We are delighted that Capgemini UK’s Beth Probert has been recognised in the longlist for the top 50 Most Influential Women in UK Tech.  For the past 10 years, Computer Weekly has be...