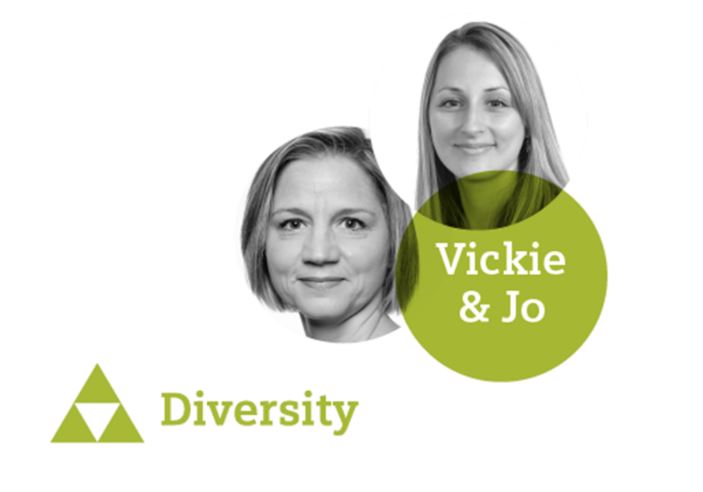 Inspired by their time on the Women Into Leadership program, Jo Harris and Vickie Lindsay wanted to help develop women within their business: Siemens Financial Services. Launching the Women’s Impact Program, their new initiative is tailored to give attendees the confidence and self-belief they need to further themselves both in and out of work.

Jo - A number of women’s networking events I’ve attended over the years had the attitude that we need more women in higher roles, and it didn’t matter about being capable. Your DNA and your gender alone meant that you should have a seat at the table. I think everybody at the table should earn their place, regardless of their gender or background. But Women Into Leadership was different.

Creating a safe environment to express your thoughts

Jo - Women Into Leadership helped me recognise that there are differences between men and women in the way that they approach things. It’s about understanding what we’re good at and building on that. As women, we don’t typically feel comfortable talking about our strengths or patting ourselves on the back for doing a good job. You have those doubts. But the exercises we did really changed the way I thought. It opened my eyes.

Opening up opportunity to even more women

Vickie – We both took the course and have moved on to more senior roles since then. But we were frustrated that a limited number of people got to experience it. We thought “let’s just build our own”, and we created the Women’s Impact Program. We have similar themes to Women Into Leadership around listening to your inner critic, confidence and self-belief and our program shares the theory with you and then we let you put it into practise through high ropes activities.

When you’re standing 300ft in the air on a totem pole being told to jump off, you really need to make use of the things you’ve been taught to take that leap of faith. It’s a slightly different approach but the desired outcome is the same and you get to put the theory into practice straight away.

Unlocking the talents and abilities of women across the business

Vickie - We’re trying to tap into women’s potential and teach them ways to help them fulfil it.  We wanted a diverse group of women to join the program, some people have expressed a view of moving into leadership roles,  and others just have more to give but need some support and tools to help them move forward with whatever their next step might be.

The group of ten we’re currently working with have formed a really tight bond, so they’re supporting each other all the way. We mix coaching with session work which has received some great feedback, but I think it’s really once you’ve finished the course and put what you’ve learned into practise that you see the benefits.

Preparing for a better future

Jo - We’ve got a long way to go. Ideally, we’d like to see a management community that is represented by huge diversity, whether that’s men, women, different ethnicities, abilities and so-on. Initiatives like ours will help people to step up, but the problem is we’ve still got the challenge of unconscious bias. How do you get people to look at their recruitment process differently? Until employers start hiring differently, all we can do is equip more women with better skills.

Have an idea and see a need? Give it a go!

Vickie- I never once questioned if we’d be supported, if you have an idea then speak up about it, my experience of this was great, we were trusted to deliver something and supported all the way.

Jo - We worked as a group with Kerry Huntley and Emily Payne from HR, having meetings to spec out exactly what we wanted to do and build ideas.

I’d encourage people to take a risk and be clear about what they want to achieve by it. I think if your intention is pure and you’re coming from a good place to try and help others, there isn’t a lot you can do wrong. Siemens is a company that embraces Diversity & Inclusion, and it won’t go unsupported. You’ve got nothing to lose.