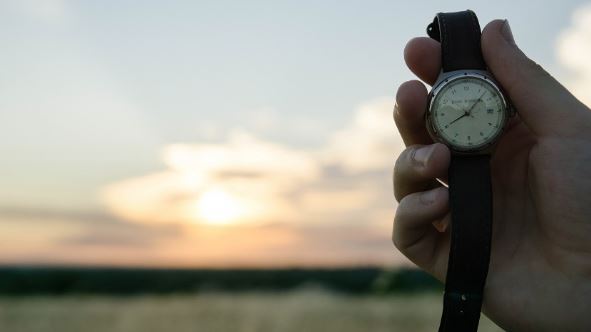 Nearly two million UK adults have barely half an hour of free time a day, because of the dual challenges of caring for younger and older relatives.

A study by Aviva into the so-called ‘sandwich generation’ has found that the pressure of caring for a dependent child and another sick, disabled or elderly adult family member is having a major impact on wellbeing.

An ageing population and a shift towards becoming a parent later in life means that an ever-increasing number of people are sacrificing their wellbeing, their finances and their time to look after those around them.

The rising cost of living and difficulty getting on the housing ladder also means that children are often dependent on their parents for longer.

There are 3.4 million 20 to 34-year-olds in the UK who are still living with their parents – an increase of 25% over the last two decades, according to Office for National Statistics data.

The polling carried out by YouGov on behalf of Aviva also found:

Just two in five adults (38%) who provide care to both a child and an older relative are aware of the financial support that might be available to them.

Exactly half the people who identified as being part of the ‘sandwich generation’ said they had not earmarked savings specifically for the costs associated with caring.

The majority of people questioned (57%) had neither critical illness cover nor life insurance.

Aviva’s  Interim Chief People Officer, Caroline Prendergast, said: “Millions of people are juggling careers and caring duties – often with responsibilities at both ends of the age spectrum. This can be physically, emotionally and financially exhausting and all too often has a serious impact on the carer’s wellbeing.

"It’s estimated that three in five people will become a carer at some point in their lives, so this isn’t something that can be ignored. If businesses are to retain talented, skilled people in work and look after their wellbeing, it’s crucial they consider how they can support them. Otherwise, there is a real risk that, like one in five working carers, they may leave the workforce in order to provide care.”

Sarah Brennan, from Bristol, works as a Risk Manager for Aviva. She has been a single parent to her son since he was seven weeks old. He is now 18 but her mother is 85 and requires extra support.

She said: “Now my son is 18, he is largely independent, but my mum increasingly needs my help, so she has been living with us for the last four years.

“I love having them both around but there are times when there are demands coming from all sides. There aren’t enough hours in the day and the pressures of two generations relying on you can take its toll. For me, flexibility at work isn’t a choice or a luxury – it’s essential. Without it, I’d probably have had to leave work to be there for my mum and son. So, I feel very fortunate that Aviva has taken steps to support people like me, in my situation”.

Aviva has a range of schemes and benefits to help employees balance their work and their personal lives. These include:

We are all different, and our society is diverse. Companies that reflect the diversity in society make more informed decisions, leading to better outcomes for customers and employees. Diversity is vit...

Aviva is giving all its 16,000 UK employees an extra day off this year, specifically to help with their wellbeing. This is part of a range of ‘winter wellbeing’ events Aviva is running to support col...