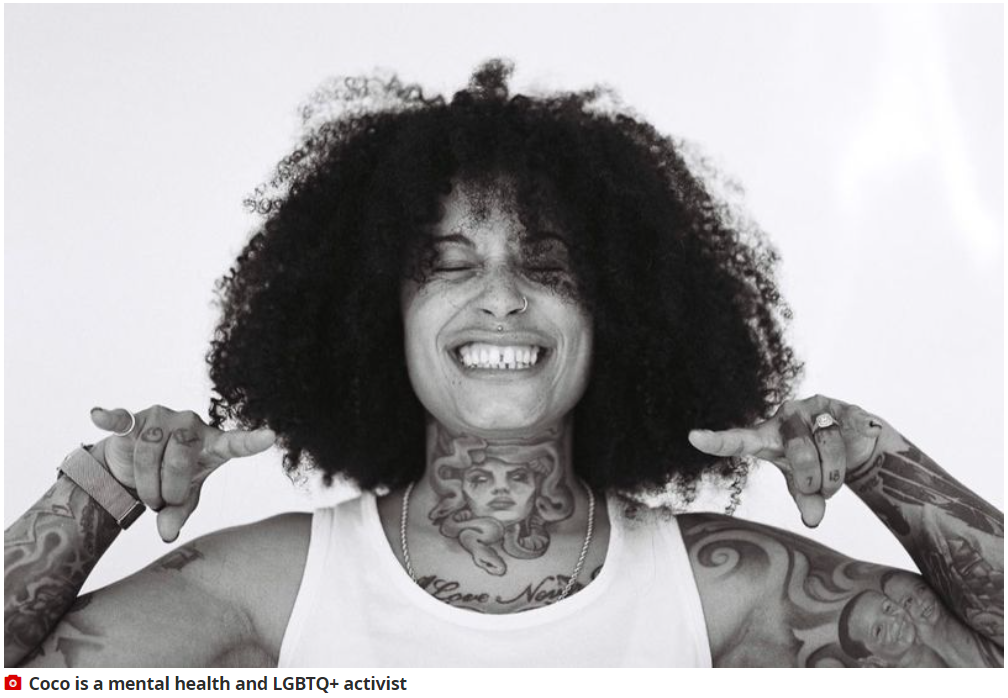 Coco is a Cardiff-born activist helping millions across the globe simply by sharing their own experiences.

It isn't always easy to advocate for your own inclusion, let alone lead the way for others, but champions like Coco across Wales are taking on this fight for equality.

To offer the chance for stories to be shared, success to be showcased and inspiring work to be rewarded, a brand new event has been launched: the WalesOnline Diversity & Inclusion Awards.

Entries are open now to see local individuals, groups and initiatives get the recognition and promotion they deserve.

Enter before the deadline on May 2 to be in with the chance of winning one of the 13 awards, which you can read about below.

The grand ceremony on June 22 will see community champions gather at Cardiff City Stadium for a night of networking, entertainment and celebration. For more information about the event, entering and sponsorship opportunities, visit the website. 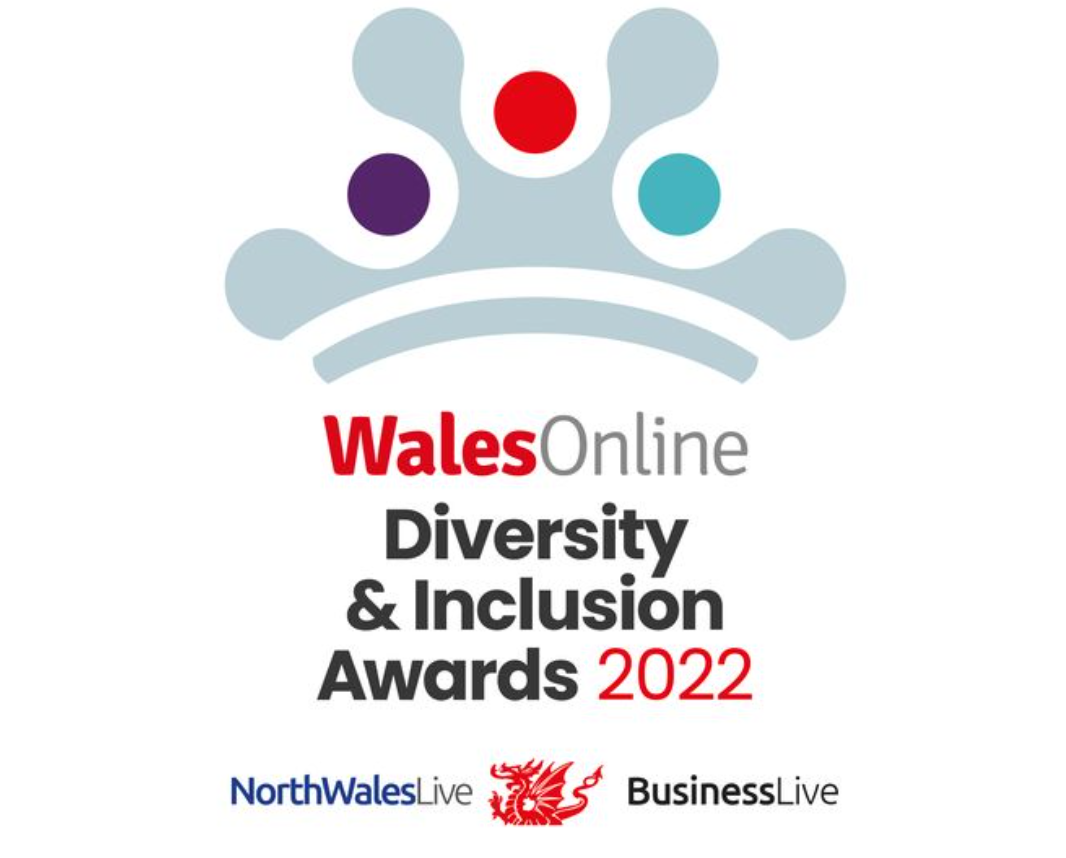 As an activist, writer, poet and model, Coco dismantles stereotypes and stigmas every single day - whether that's creatively amplifying important topics or being someone others can relate to.

Mental health activism and LGBTQ+ visibility is at the root of all of their work, but self acceptance is always at the forefront of their goals.

Coco is a black, queer, non-binary, gender non-conforming activist born and bred in Cardiff who knows first hand how important diversity and inclusion is.

Their platform, Talk to Coco, has created a community which promotes wellness, inclusion and change. It's a safe space for millions of people around the world to have someone to talk to, to feel understood and most importantly, to feel accepted.

"I always wanted to be different and make a difference," Coco said.

"There's so many avenues which make up who I am and I can see where change needs to happen. I feel I am never heard or seen - and when I am, I have to prove myself so much.

"Being black in Wales is rarely seen to be 'Welsh enough'. I grew up without being able to explore my culture within education, being told that my hair wasn't appropriate or professional - that feeling of being outside and not enough can cause a decrease in mental wellbeing." 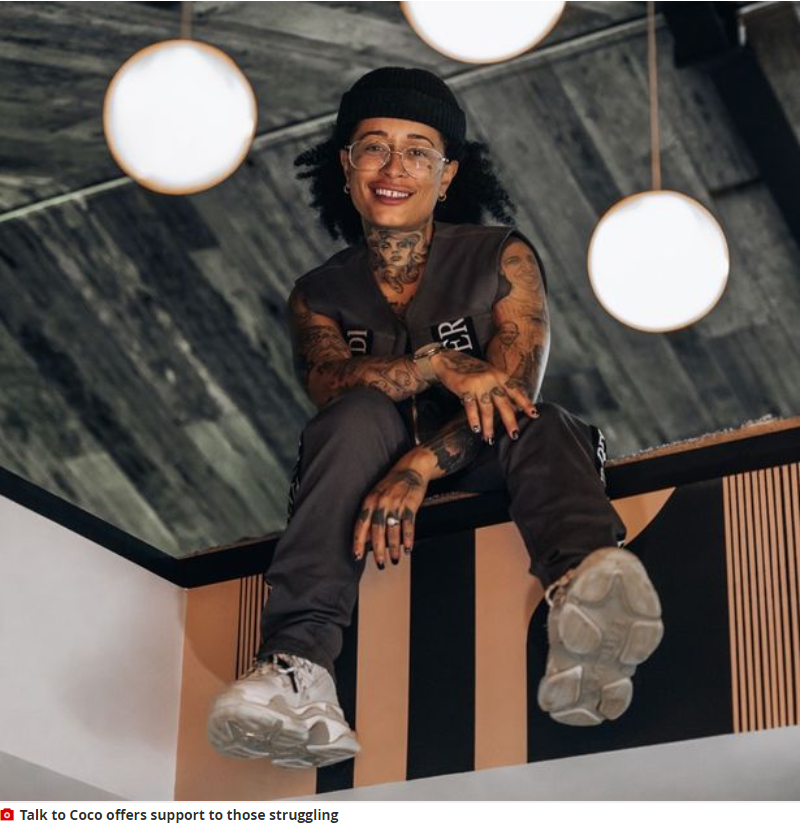 'It was always worth it'

Like so many diagnosed with ADHD, Coco has experience of mental illness . They started championing for change because of their treatment growing up, wanting to be the voice which they didn't have.

"I think an award dedicated to mental health advocacy is so important because this society has huge stigmas and stereotypes attached to any sort of mental health. These nominees could be those who suffer themselves, know people affected or just want to help, and I think it is amazing because it shows how grateful we are for all that they do, all the hard work and effort, to show it was always worth it and to keep going."

"As cliché as it sounds, I would love to see us flourish all as one. We live in a society driven by division but if we all come together then people won't feel the need to hide who we are as individuals."

Coco wants to see more people at the forefront of difference - not just advocating for one person fitting one box or in a dedicated month.

And raising awareness is one of the small ways equality can infiltrate so many lives.

"Awards like the WalesOnline Diversity & Inclusion Awards are so important because its the diversity of the country which drives the world. We have so much diversity here in Wales which people may not know and this showcases it to a wider audience.

"It shows the younger generation that people like them do exist and that we all don’t need to be kept in a box or just fit into a certain criteria."

Here are the categories and criteria:

Gender Equality Champion, Initiative or Campaign of the Year
This award celebrates an individual, activity or campaign that has brought about change or placed a spotlight on gender issues.

LGBTQI+ Champion, Initiative or Campaign of the Year
The second category celebrates an individual, activity or campaign that has brought about change or shone a spotlight on LGBTQI+ issues.

Disability Champion, Initiative or Campaign of the Year
This award celebrates an individual, activity or campaign that has brought about change or placed a spotlight on disability.

Race and Ethnicity Champion, Initiative or Campaign of the Year
This important category of the event champions an individual, activity or campaign that has brought about change or brought important awareness to race and ethnicity.

Social Mobility Champion, Initiative or Campaign of the Year
This reward focuses on an individual, activity or campaign that has changed this for the better or placed a spotlight on issues regarding mobility.

Wellbeing/Mental Health Champion, Initiative or Campaign of the Year
This award celebrates an individual, activity or campaign that has a focus on improving the lives of people through wellbeing or mental health issues.

CSR Initiative of the Year
This award celebrates an activity, initiative or campaign that has had a positive social or environmental impact, linked to inclusion.

Peer Network of the Year
A peer network is a group of people who come together to support a common goal (usually voluntarily); this could be to raise awareness of a certain topic or an underrepresented group. Other names for peer groups are employee resource groups and inclusion networks.

Inclusive Advertising Campaign of the Year
This award celebrates an advertising campaign that encourages better representation of diverse communities within the industry.

Diversity in Tech Initiative of the Year
This award celebrates an initiative relating specifically to technology that has brought about change or placed a spotlight on diversity and inclusion.

D&I Specialist Business of the Year
This award celebrates an organisation that has brought about change, implemented an outstanding piece of work or placed a spotlight on a specific aspect of diversity and inclusion and has been a force for good.

D&I Podcast of the Year
This award celebrates a podcast that has excelled at bringing diversity and inclusion to a listening audience.

Outstanding Contribution Award
This award celebrates an individual that has made an outstanding contribution to diversity and inclusion.

Nominations close on Monday, May 2. To enter or find out more information, click here.

Dee Llewellyn came up with the idea for the brand new WalesOnline Diversity and Inclusion Awards   Dee and her child Amber celebrating Pride in 2019   Last month saw the launch of the brand new...

Showcasing the social heroes right here on our doorstep, we are delighted to announce the launch of the inaugural WalesOnline Diversity and Inclusion Awards.   Supported by NorthWalesLive and Busi...

Reach PLC are shining a light on their Diversity & Inclusion Work