My name is Hayley, and I sit within the Talent Attraction and Acquisition Team at EY. I'm responsible for the recruitment of exceptional and diverse talent across EY Audit London. I'm a D&I Champion, making sure that we are considering viewpoints across Talent Attraction and Acquisition to verify that D&I is at the forefront of what we do. I'm also involved with EY Unity (our LGBT+ Network) and I’m the partnership lead for one of our charities called Whizz-Kidz, supporting young wheelchair users. 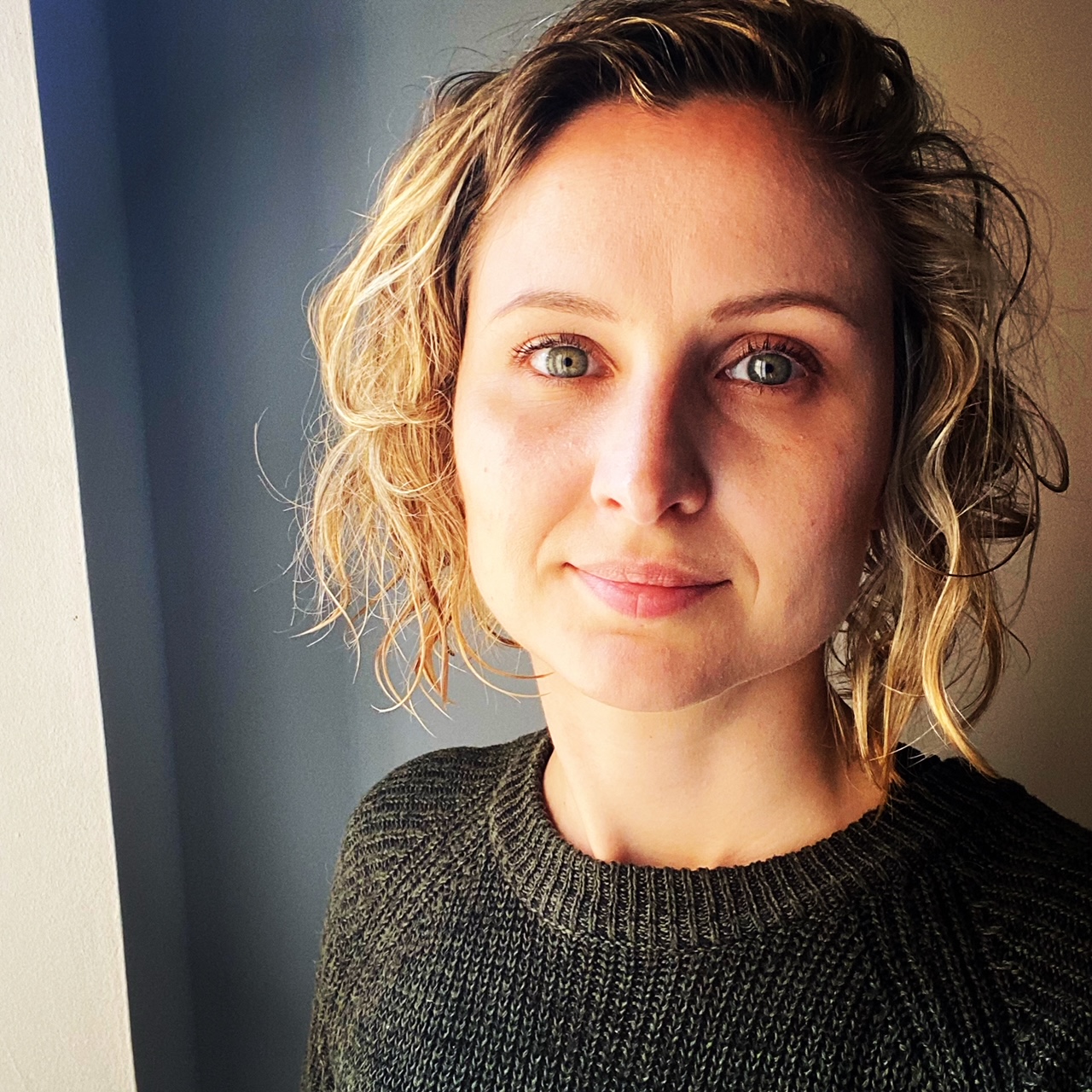 I had a couple of years break after university (I had a pretty severe road traffic accident which left me with a couple of mobility impairments) before getting into the job market so you can say that my career path is a bit different compared to some of my colleagues, my own age. I kicked off my career in agency recruitment.

I found EY by chance when I was working at an agency. One of my colleagues was recruiting for EY, who were looking for people to join the Assurance recruitment team. That was my speciality, so I straightaway got in contact with EY. I had another offer from a direct competitor and I was weighing up the offers, but right from the beginning, I made up my mind. EY made me feel so welcome and I was allowed to be my true authentic self. I didn't feel like I had to hide any aspects of my personality, or my sexuality, or my mobility impairments, you know. Everything was considered, discussed, and catered. That's exactly what I was looking for. And you know what, I think because of my experience, this is why I'm such an advocate of people being their true authentic selves, especially during the interview processes and leading up to it because that for me is so key and I want people to have the same experience that I had.

I'm part of the Unity Network which celebrated its 25th anniversary last year. EY has been on this D&I journey for decades, but there's always more we can still do. The purpose of Unity is to foster an environment where LGBT+ feel they belong. 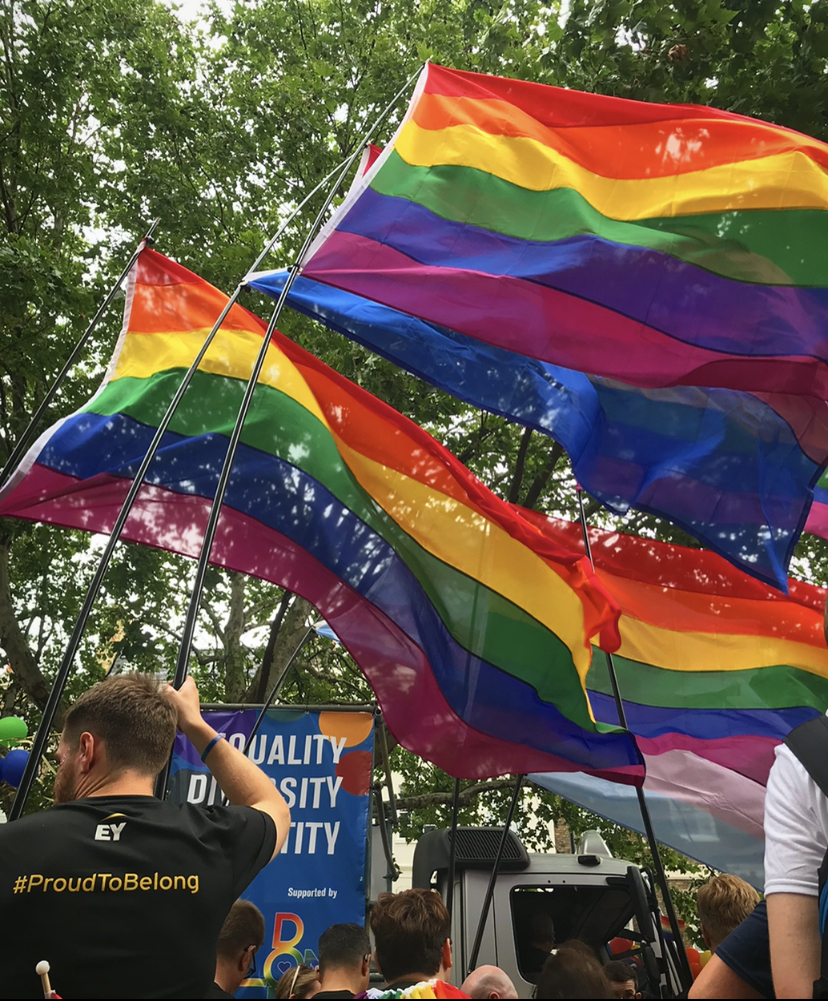 We have our own annual strategy and plan and we have input from Stonewall and the Workplace Equality Index. Using data from network surveys and UK employee surveys, we put the groundwork of where the focus areas should be. Our priority is currently promoting understanding LGBT+ through an intersectional lens, combined with ethnic minorities and faith groups. There's a lot going on within the firm to make sure that our employees and colleagues are confident, not just to discuss LGBT+ issues, but also those related to intersectionality. I'm a member of LGBT+ and I am also a member of EY Ability, which is for employees with physical impairments. We don't all just belong to one group here, we've got so many different experiences. Therefore, the real focus at the moment is making sure that intersectionality is understood and considered throughout the organisation.

EY Unity has significantly increased the focus on the inclusion of underrepresented communities within LGBT+. We've maintained a strong focus on Trans inclusion and broadened that to include the non-binary community as well. We've just joined forces with JP Morgan and Latham & Watkins to explore the intersectionality of being black and LGBT+. We've collaborated with Lloyds Banking Group on a session called Intersectionality 101 to unpack the intersections of LGBT+, ethnicity, race, religion, and gender identity.

We're holding ourselves accountable as an organisation, not just as a network, so we're taking part in the Workplace Equality Index this year and we're using that to drive LGBT+ inclusion via our recruitment processes and firm policies. 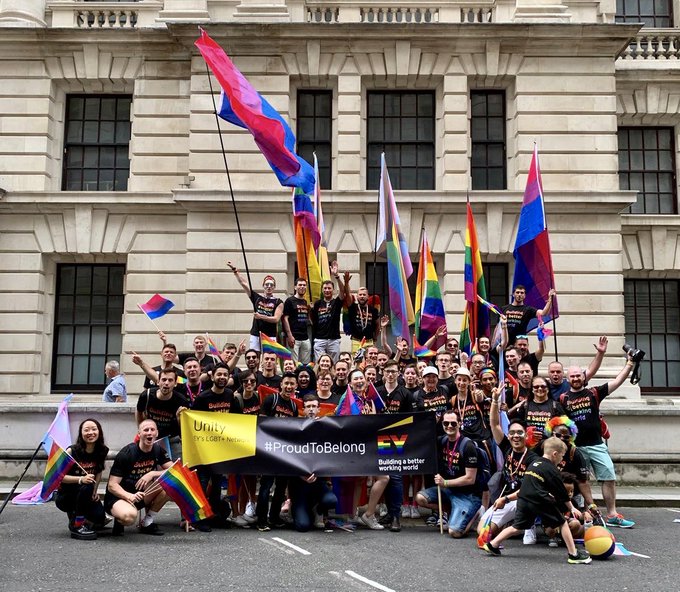 I think LGBT+ inclusion is embedded consistently across the firm, but there's always more that can be done. EY Unity influences my knowledge and my advocacy within the business. Being a D&I Champion, Unity helps me connect to wider networks through which we can ensure that we're upskilling and educating all our colleagues. We are creating an inspiring inclusive learning environment, not just for our members, but also for colleagues across EY.

There are always different training sessions going on. We recently had a virtual session with EY Ability and Iain Wilkie, founder of 50 Million Voices, and the attendance was fantastic. So many people wanted to learn and understand more.

I'm so excited that we're launching our first EY Unity Awards as a recognition of the LGBT+ community. That’s coming on the 24th of June. It's humbling to be nominated among people who have done so much for the organisation and for the LGBT community. It's a real testament to those who have been making a difference. EY Unity has been inspired by the actions and the efforts of so many people across EY. We've got the People with Purpose Award category, this is for an LGBT person that works beyond the parameters of their EY role, supporting the EY Unity Network and the community as a whole. We've got the Rising Star of the Year to recognise a person at the beginning of their career who has already made a huge positive impact in demonstrating the passion for D&I initiatives. There’s the Inspirational Role Model, and this person acts as a role model for their peers. We've also got the Ally Award for allies who influence change and improve the experiences of LGBT+.

I remember when I marched in the London Pride Parade with EY Unity. I think that's something that we're all missing, being together as part of a wider national community, celebrating Pride. But this year we will be celebrating Pride differently as EY is the lead sponsor for WorkPride (hosted by MyGWork). This year is going to be bigger and better than ever. We've got some fantastic guest speakers from across the world and EY Unity is taking part. I'll be guest speaking on the Power of Authenticity, so really looking forward to that. 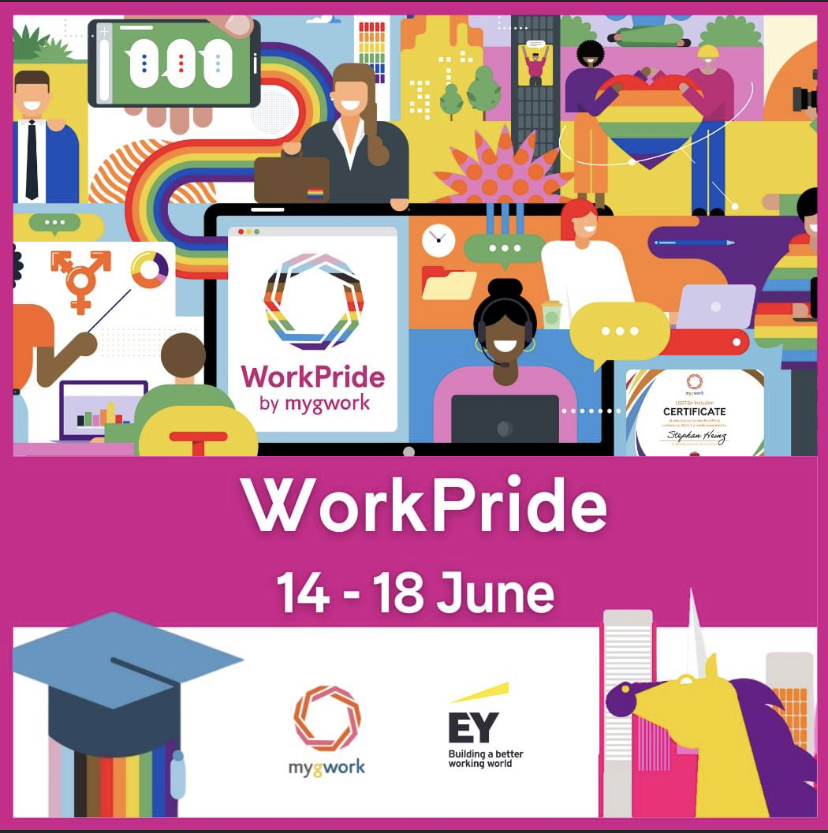 Pride Month gives everybody a chance to celebrate not only how far we've come, but also how far we have to go. It’s a time of year that I find really special, and although we're normally planning to go to a Pride event somewhere, this year with WorkPride I'm seeing that smile on people's faces again. It's great to see the inclusivity, diversity and celebration behind it.

As firms expand rapidly in frontier markets, where LGBT+ inclusion is often not well-institutionalized, global D&I strategies are crucial. Global companies have made great strides over the past decade...

Meet Reshma, a Service Delivery Manager within Consulting at EY in London, who leads clients and teams through technology transformation and innovation to transform their operating and business mod...