OPINION: How to choose a truly inclusive workplace by Jules Pierce-Ferguson | Bank of America Merrill Lynch 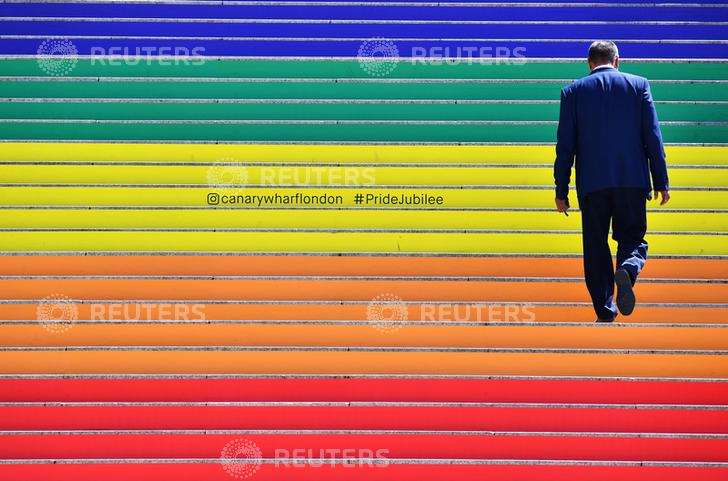 * Any views expressed in this opinion piece are those of the author and not of Thomson Reuters Foundation.

Pride in London this year was lauded by organisers as the biggest and most diverse parade to date.

But the exuberance of this year’s event offered a stark contrast to my own experience coming out during the start of my career.

Prior to joining Bank of America Merrill Lynch, I fulfilled a childhood dream of joining the military, but it came to an abrupt end when I was dismissed, purely because of my sexuality.

From that day onwards, I vowed never to lose a job I loved for the same reason. So, in the workplace my girlfriend “Dawn” became “Dave”, and I deferred to heteronormative language for fear of the repercussions of being outed.

It was only after a year when a work friend gently told me my colleagues had known my secret all along that I decided not to waste any more time concealing my identity.

Now, I’m lucky to be thriving in a workplace where diversity is promoted and celebrated. But this isn’t the same for everybody.

It is clear that this increased visibility is still not translating to the community’s experience, with recent research from Stonewall revealing that more than a third of lesbian, gay, bisexual and transgender staff hide their identity at work for fear of discrimination.

But, when the rainbow flags come down, how do we distinguish between marketing and genuine corporate values?

There are positive indicators to look out for when choosing your employer:

When I compare my experiences now to those of the young woman who was kicked out of the military for being gay, it is staggering just how much things have moved on. But we’ve still got a long way to go.

A workplace should be one in which all employees can fulfill their potential and a company is strengthened by the diverse backgrounds, experiences, and perspectives of the many individuals who work here.

Pride isn’t just a parade, it’s something I live every day. It’s about accepting and celebrating who I am and what I stand for, free from judgment and inequality and I am so proud to work for a company that truly values me simply for being me.