EY: Arun Batra To Be Awarded OBE for D&I 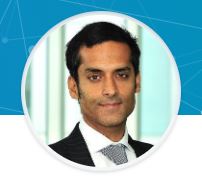 LONDON, MONDAY 10 JUNE 2019. EY Partner Arun Batra is to be awarded an OBE for services to faith and integration in the Public Sector.

Arun has held a number of high profile roles leading on diversity nationally for the Home Office, advising two former Mayors as well as the former Attorney General, Baroness Scotland. Since 2018, Arun has worked with No 10 Downing Street as part of a government board to help tackle race disparity in the UK.

In his current role at EY, Arun is the Chief Executive Officer and founder of the UK National Equality Standard (NES). The NES was developed by business for business and sets clear equality, diversity and inclusion criteria against which companies are independently assessed. Arun and his team have engaged with a number of EY clients from across multiple sectors, and so far 26 companies have been certified with the NES. Arun also leads EY’s diversity consulting business as part of the Assurance practice.

In 2015, Arun won the prestigious HR Consultant of the Year accolade at the Management Consultancies Association Awards and has often been recognised as one of the UK’s most influential Asians in the Asian Power List.

Following the honours announcement, Steve Varley, EY UK Chair, commented: “Arun has done an exceptional job championing diversity and inclusiveness throughout his career. He has made a real difference creating change not just at EY but across UK business. I am delighted that he has been recognised with this honour.”

2022 Forecast of opportunities for technology companies

We have ranked the major opportunities for technology companies in 2022 after last year’s rapid market shifts.   In brief   Global recovery has laid bare supply chain bottlenecks that could...

Sam received his first wheelchair from EY’s charity alliance with Whizz-Kidz more than 20 years ago and, as a teenager, became involved in their Employability Programme which aims to support more youn...

In July 2020, we launched our Anti-Racism Commitments and vowed to be a voice and force for change, both within our own organisation and in society more widely. We were clear that we, and others, need...