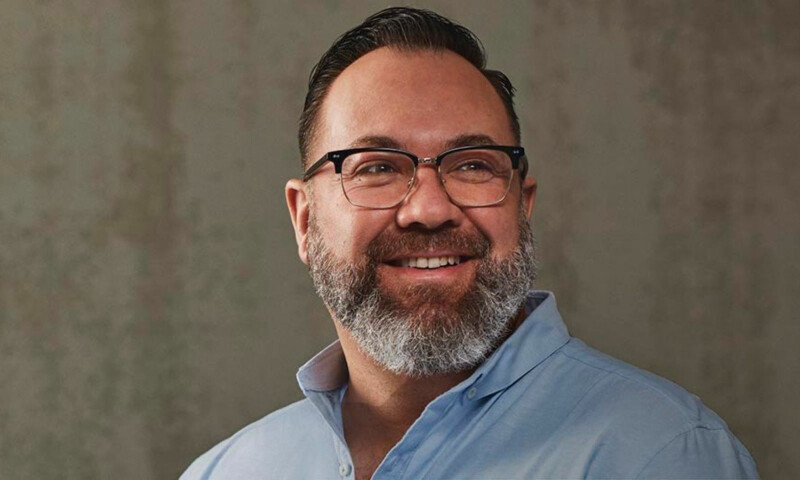 Justin Laughlin-Hyde is Head of the Marketing Strategy and Operations team at Investec. In 2018 he became the father to twin girls through surrogacy with his husband Paul. He was able to take six months of paid leave

"I genuinely thought becoming a father would never happen. The fact that I wake up every morning to my twins Harper and Mimi singing, is the best thing ever. The girls have their own personalities already. Harper is a big sleeper, Mimi likes to stay up and look at books. But they both love their toy electric guitar – and anything else that makes a noise.

"Having children as a gay couple is not easy. It’s a complicated project plan. I thought my partner Paul would walk away when I told him I wanted to start a family, but he said he wanted that too. When we moved from Australia to the UK in 2014 it felt like the right time, but it took us more than a year before we found the surrogate mother that we did.

"We met about 50 or 60 people before we let our guard down. No one ever really talks about how emotionally hard the process is. You have someone who doesn’t live with you carrying your children every day and you have to trust them. It’s a huge leap of faith.

"Taking time out to raise our children was the easy bit. My boss at Investec knew I wanted a family and from day one I had his support. In keeping my work and home life separate, I’d never discussed my sexuality at work before, but I knew I could at Investec. It’s different from most financial services organisations and there’s no traditional hierarchy. Everyone is a peer and people respect each other. There were many times when my colleagues were my rock.

"Investec recognised that not all families come from a Mum and a Dad. When the twins were born, I was given paid leave for six months, as well as time off for scans and check-ups. I remember my leave as three-hour cycles of feeds, play and sleep before they could be fed again, but it was a dream come true.

"When the time came, I was nervous about returning to work. I look after the contracts and logistics for Investec’s marketing campaigns and in a fast-paced organisation it’s not just a case of opening your laptop – the environment changes.

"Thankfully, I was able to work three days a week for the first month and the teams I worked with were fantastic. The more people that are given the chance to stay at home with their children, the more people that understand what it’s truly about. That drives belonging, inclusion and diversity and means you’re given the flexibility you need.

"I’m proud to have worked with HR to make family leave gender-neutral but to be honest, the policy was no different from any other project I’ve tackled at work. People were open to the conversation, listened to my ideas and thought about the benefits for others. It was just Investec being Investec."

"When you tell some people you’re going to be a Dad, they ask how your wife is. Justin and I are not a traditional ‘tick-box’ couple and that meant we needed to plan ahead more than most when starting a family.

"The government provides no specific statutory benefits for surrogate parents. At the time, I thought I’d be an unpaid stay-at-home Dad, so when Investec offered Justin six months of paid leave it removed a huge amount of financial pressure on us, particularly as we had surrogacy costs to pay.

"Beyond that, it felt nice to be considered a real family by Investec. Many companies have a glossy inclusion policy but my experience with a former employer was difficult. I wasn’t treated equally and I was told I didn’t need parental leave because I hadn’t given birth.

"I struggled with being at work while Justin was bonding with the girls and as a result I’ve always tried to be as involved as I can at home. The best part of being a Dad is the small things: a random laugh while you’re having dinner, a smile or a clap. The girls are becoming more independent and I notice the changes. For us, everything is worth celebrating because it took a lot of effort to get to where we are.

"Seeing how well Justin was treated by Investec motivated me to change jobs and I now work for a company that has won multiple awards for LGBT+ inclusion. We’re both offered lots of flexibility in our roles and it helps if we ever need to leave early or start late for childcare.

"The world is changing and so is the family set-up. Companies need to offer people who want to be parents the chance to do that. It’s about supporting everyone with what they want to achieve, and it’s about quality of life."

How to look after yourself, and your team, during lockdown

A year after lockdown restrictions began, our people team and in-house psychologists share five ways to manage your mental health and five more for your team. In normal times, work...

Gender Equality: in society, the workplace, and in investment

Though there’s been significant progress towards gender equality, we’re still way off the 2030 UN goals. Covid-19 shows we must renew our focus. The United Nations (UN) sustainable develop...

What's it like to return to work after more than five years off? Two women on our Return to Work programme share their experiences Divya Saldanha works in the iX team at Investec. She has two children...