Neurodiversity is the diversity of the human brain and recognises how people interact with, and interpret the world in unique ways.

Leanne Lingham, tech support team manager, shares her story in the hopes that it will raise awareness of autism and also encourage neurodiverse colleagues and those who are parents and carers of neurodiverse children. 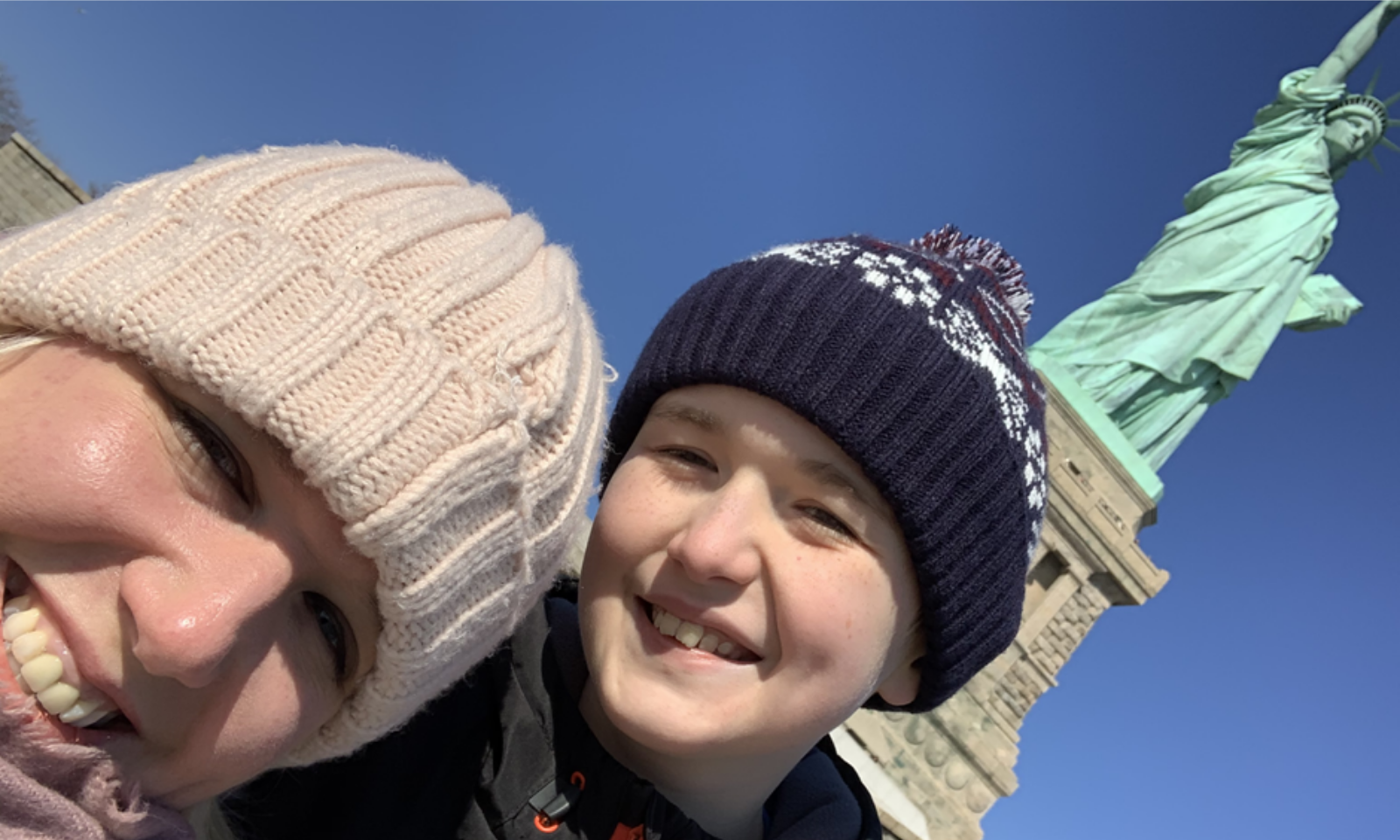 ‘I’m Leanne, tech support team manager, however my most important role is being mum to my 12-year-old son, Roman. He is the light of my life, everything I do is for him. He is funny, courageous, sensitive, sarcastic, clever and strong willed; he is also on the Autism Spectrum.

‘Roman had medical issues soon after birth and I was told his development would be delayed. However, I knew something was not quite right for the milestones he should be achieving. He has always been quiet and liked routine but began to regress in speech around nine-months-old. Eye contact for unfamiliar faces was nearly nil. Sensory issues started to impact him around a year old with high pitched noises being the worst.

‘What followed over the next few years was endless medical appointments and striving for a diagnosis. Roman was diagnosed just before his fourth birthday with Autism Spectrum Disorder. He was non-verbal and stimming (repeated movement like flapping/bouncing) constantly. Sensory issues were prevalent and pre-school couldn’t support his learning needs.

‘I began the process of getting a statement of Educational Needs and applied to the Special School I knew would benefit him. This took a further two years. In the meantime I did my own research and discovered a gluten diet can hinder speech development. After six weeks of being gluten free Roman started speaking. He hasn’t looked back and is no longer gluten free.

‘Now at 12-years-old, Roman is thriving. He learns more swiftly than he grows and given that he’s 5ft 6 that's an achievement! He has many interests, particularly making film trailers for his favourite characters and has an incredible sense of adventure.’

‘Advice I would give to any parent/guardian in a similar situation, is to trust your instincts. You know your child better than anyone. Don’t be afraid to ask difficult questions to the medical professionals involved. No one will advocate for your child like you will.

‘I understand how hard it can be to readjust your dreams and visions of the future for your child. Their potential is limitless. I was told my son would probably never walk or talk but he’s exceeding everyone's expectations because neither he nor I put any limits on his development. He does everything I was told he wouldn’t do and more! He still enjoys routine, struggles with haircuts and babies crying but overall he functions like a “typical” child. His next stop is Paris and then he wants to go to Japan to see if Godzilla is real! I wouldn’t change a hair on his head. If anyone wants any support please come to me. I’m more than happy to help with anything!

We spoke to Suzie Lowe, UX designer at Which? about the work she is doing in accessibility

Suzie Lowe, UX designer, is passionate about accessibility and we caught up with her to find out more about the work that she’s doing in this area.   What does accessibility mean to you? ‘Accessi...

Celebrating PRIDE 2022 at Which?

To celebrate Pride month, Chloe Benfield, co-chair of the LGBTQ+ Network shares some insights into the history of Pride and why it’s celebrated. Why do we actually celebrate? ‘If you take a moment...

Getting the important conversations started: Feel Good Champions at Which?

Kamisha Darroux, a Which? Feel Good Champion, talks about how the organisation is putting employee mental health in the spotlight. My role at Which? is busy and varied as a Principal Scientific A...

A conversation with The Head of Brand and Strategic Communications at Which?