This year the event, which showcases black history and the significant contributions of black people worldwide, marks the 70th anniversary of the arrival of MV Empire Windrush at Tilbury Docks in 1948.

Black, Asian and minority ethnic (BAME)-focused Cultural Fusion, which has about 500 members and recognises the benefits of a diverse workforce, is taking part. It will co-host a lecture and Q&A session exploring the experience of those who emigrated during the Windrush era - the start of modern emigration to the country.

Cultural Fusion has organised the event - on 30 October on Euston Road in London - with the BAME network of engineering and project management company Atkins.

Attendees will hear from influential speakers Ansel Wong, a founder of UK Black History Month and chair of the organising committee of the Notting Hill Carnival; Arthur Torrington CBE, community advocate and co-founder of The Windrush Foundation; John Richards, a pioneer of the Windrush who worked on the railways for 30 Years, and Gloria Cameron MBE, a Jamaican-born community activist and writer.

It will follow another joint event with Atkins’ employee network this month - a visit to a British Library exhibition, Windrush: Songs in a Strange Land. The exhibition revisits 1948 and explores how the Windrush story goes beyond the dawn of multiculturalism in Britain.

Bringing all cultures together

Sharon Salmon, co-chair of Cultural Fusion and a finance and commercial manager at Network Rail, said: “It is important to me personally to celebrate Black History Month as it is an opportunity to intentionally observe and celebrate the achievements of black people past, present and our future talent, and recognised the impact that they have made to shape society today.

“It’s a time to bring all cultures together to have that space to talk about our cultural diversity and be educated about our differences and respect appreciate and learn about those differences to help towards achieving. Not only cultural diverse society but also a society which includes people regardless of who you are.”

The lecture next week will follow two awards recognising the contribution of Network Rail and Cultural Fusion to young black people.

On 20 October, social enterprise, Network Rail won the Corporate Award at a ceremony held by social enterprise Reach Society, which aims to motivate and inspire boys and young men in the UK’s black community. The award followed support for Reach from Cultural Fusion members (pictured right) throughout the year. 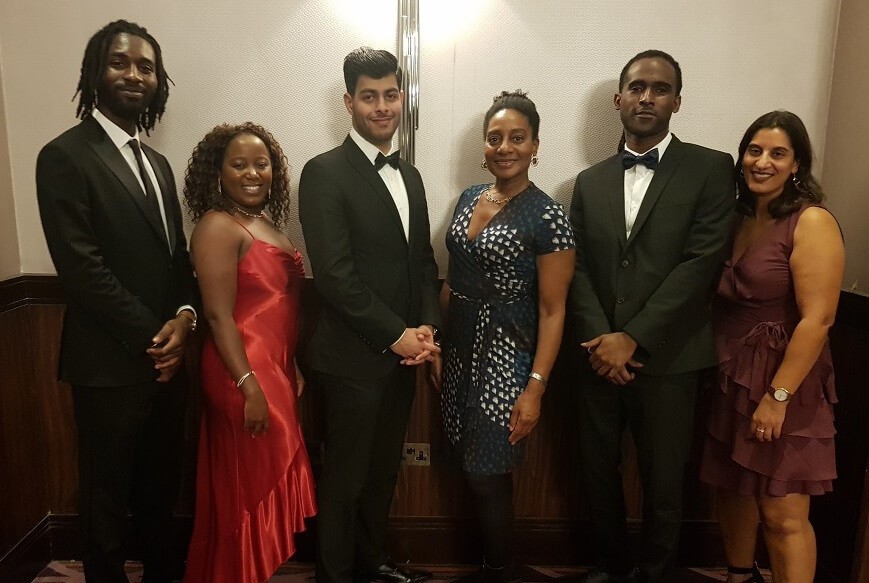 Reinold Aryee, a talent acquisition manager and Syed Shah, a graduate engineer, were also nominated for individual RAF Fellow Awards, for their roles as mentors.

Cultural Fusion has also been nominated as one of the top networking groups in the Investing in Ethnicity Awards 2018 in November. Karen Venn, a business Manager, Diversity and Inclusion, at Network Rail has been nominated for Work Place Hero in the same awards.

The best way to spread any kind of word is to have dedicated volunteers like myself who are passionate about change. Sharon Salmon is co-chair of Cultural Fusion, Network Rail s black, Asian and mi...

Change the game – Q and A with apprentice Adelaja Aladejobi

Apprenticeships are for everyone not just applicants straight out of school or college. In fact, Adelaja Aladejobi already had a master's degree when he started a whole new career as an apprentice a...