"The best way to spread any kind of word is to have dedicated volunteers like myself who are passionate about change.”

Diversity and inclusion lead to fresh ideas, particularly when people feel comfortable challenging the status quo. Examples of Network Rail’s efforts include its target to increase the proportion of its female workforce to 20 percent by 2020. 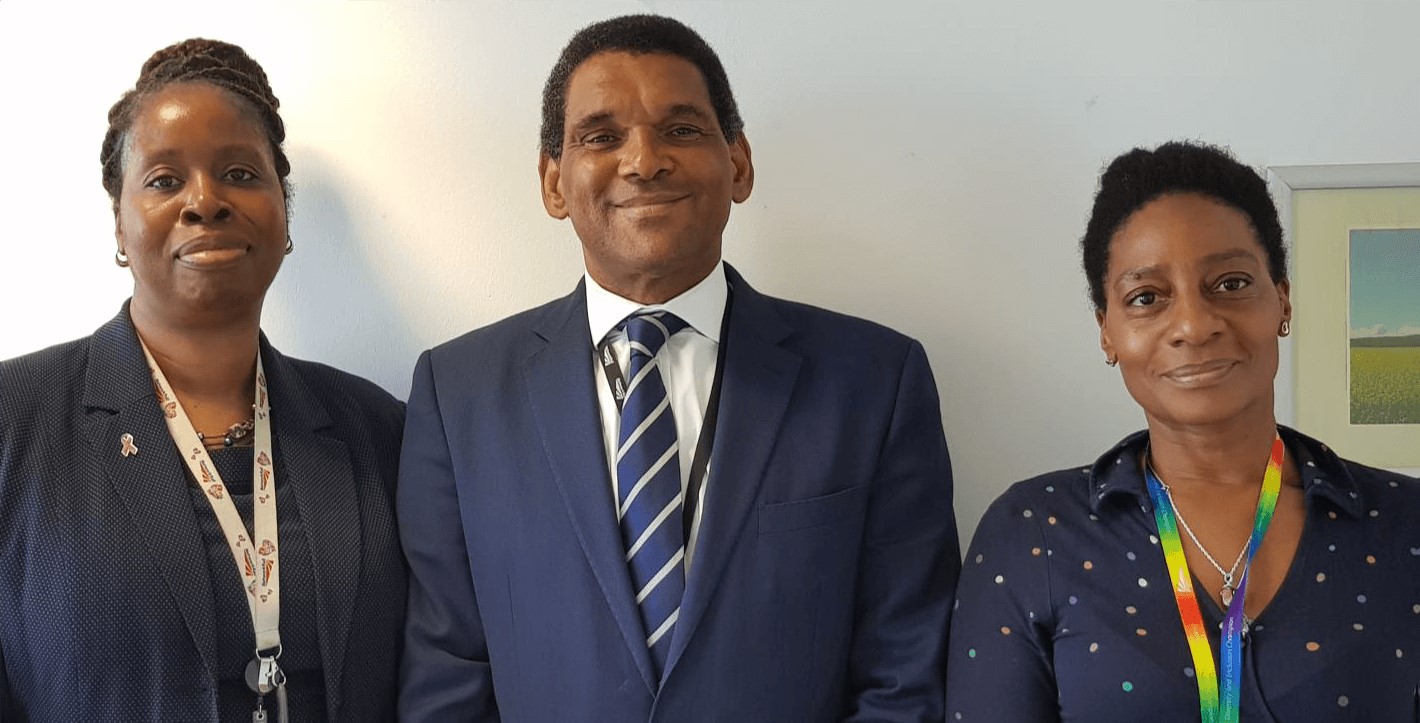 Sharon (pictured above, right) , a finance and commercial manager at Network Rail, joined Cultural Fusion, which says it is “embracing differences to make a difference,” having felt a need to effect positive change at the organisation.

She said: “This was an opportunity to have my voice heard and be supported by the business in doing that.”

Sharon leads Cultural Fusion - one of six employee networks at Network Rail - with co-chair Marcia Johnson (pictured above, left), a programme finance manager and a team of passionate colleagues. Cultural Fusion began with just two members in 2013 and has grown to a membership of about 500.

Cultural Fusion is an important part of Network Rail’s diversity strategy, helping it reach about 39,000 employees across Britain. Sharon said Cultural Fusion aimed to help “create an organisation that fully embraces diversity and equality in which everyone feels valued and feels the opportunity to excel without limitations”.

It’s making headway, working alongside Loraine Martins, Network Rail’s director of diversity and inclusion, who was awarded an MBE in the Queen’s Birthday Honours lists 2012, for her work at the Olympic Deliver Authority. At the ODA she led the equality, inclusion, employment and skills during the development, design and construction of the Olympic Park and venues and facilities for London 2012.

"The BAME Network is for everyone who wants to join and you do not have to be from a BAME background to join. The power of coming together really helps us to create a community and help support each other."- Sharon Salmon, Cultural Fusion co-chair

One of Cultural Fusion’s objectives is to improve discussions surrounding promotion, retention and career progression, particularly regarding the representation of BAME employees.

In June, it joined other diversity networks at Broadcasting House in London to discuss how to effectively partner with human resources on recruitment and retention strategies. The Network of Networks (TNON) meeting, hosted by the BBC, included panelists from television and champions for entrepreneurships. The evening covered many aspects of the relationship between the diversity networks and HR.

In July, it marked its five-year anniversary with a leadership meeting that included a presentation from guest speaker Olive Essien, a barrister from The Crown Persecution Service (CPS). Olive worked with the Metropolitan Police on institutionalised racism surrounding the Stephen Lawrence murder case. During her presentation she spoke of her role as chair of the CPS Black & Minority Ethnic network.

More recently, this month, Cultural Fusion has held a well-being event, led by Shanthi Murali-Krishnan, a data specification specialist at Network Rail. Doctors provided information on health issues more commonly faced by members of the BAME community, and a career development session for an external audience hosted alongside the Network of Networks. 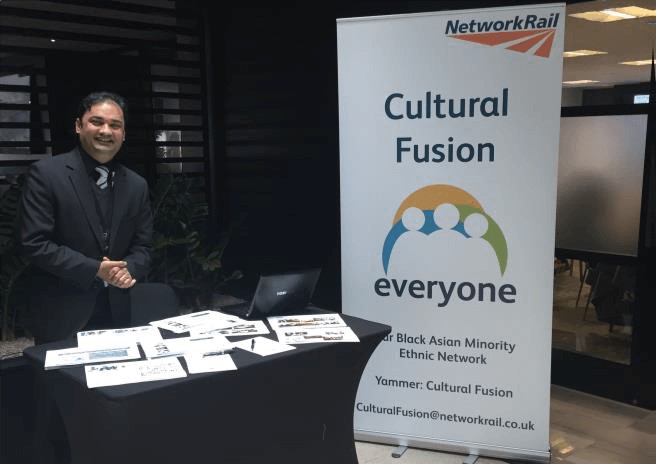 Cultural Fusion has worked closely with the HR teams to support improvements to the talent schemes, ensuring they appeal to all young people, regardless of ethnicity, race, or social background.

By actively putting members forward to partake in interview panels and selection centres, the network can demonstrate its commitment to a fair, and unbiased recruitment process.

It’s Everyone Week at Network Rail, a celebration of the work across the business contributing to our goal to becoming an open, diverse and inclusive organisation.

From 1 October to 5 October, employees across Britain have taken part in events aimed at promoting diversity and inclusion, such as seminars, STEM ambassador recruitment sessions and talks on how to secure reasonable adjustments - changes to a working environment to enable people to work productively and safely. Cultural Fusion members have been individually promoting the network within their teams.

Also in October, Cultural Fusion will celebrate Black History Month, which this year will celebrate the 70th anniversary of the arrival of MV Empire Windrush at Tilbury Docks in 1948. The network’s activities will include panel speakers and poetry events.

In November, Cultural Fusion will celebrate Diwali, with a career development day scheduled for early next year.

The best way to spread any kind of word is to have dedicated volunteers like myself who are passionate about change. Sharon Salmon is co-chair of Cultural Fusion, Network Rail s black, Asian and mi...

Change the game – Q and A with apprentice Adelaja Aladejobi

Apprenticeships are for everyone not just applicants straight out of school or college. In fact, Adelaja Aladejobi already had a master's degree when he started a whole new career as an apprentice a...