Bring your whole self to work at Nestlé

Johann wasn’t always as open about who he was – a member of the LGBT+ community – as he is today. 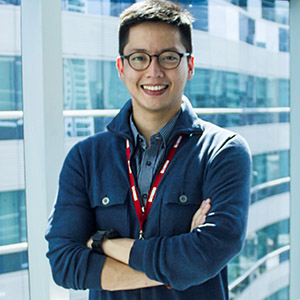 "I was working in our factories back then, and I spent a lot of energy trying to keep up appearances as 'one of the guys'," said Johann Ang, who is a HR Business Partner at Nestlé in the Philippines.

Confiding in a trusted colleague marked the start of his 'coming out' journey. A promotion to team leader further strengthened his resolve to live openly – and to bring his whole self to work. "Not being able to share such a huge part of who I am was getting in the way of my management," he says.

Things have come a long way too, for Emma Scott, Business Solutions Team Lead, Nestlé UK & Ireland. "In my first job, I didn't know whether it was ok to come out, or even if I was comfortable coming out myself," she says. Then she found the courage to reveal her LGBT+ identity to her colleagues shortly after joining Nestlé.

Emma thought it was important for the LGBT+ community to be themselves at work. Having to cover up who you are is not only exhausting, it also holds you back professionally. "In our work, it's important to build rapport. If you're not bringing your whole self to work, you're kind of limiting yourself."

She took it a step further: Emma went on to create the first LGBT+ network for Nestlé UK and Ireland. "In 2015, it was just myself and another person presenting our business case to the executive board to create a network," she says. "We gained their sponsorship, secured the budget, and were given the freedom to work out what our employees wanted to see from the network."

Chantel Nickson, who is a Business Manager at Purina UK & Ireland, felt extremely fortunate knowing that she could be her authentic self at work, thanks to the support of her colleagues. "One of the most daunting aspects of being transgender is the moment when you begin to present yourself differently in the workplace and perhaps ask people to use a new name and pronouns," she says. 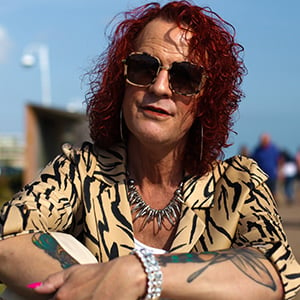 "My colleagues at Nestlé have been a big source of strength for me in both coming out as transgender and starting my transition. Without their support it would have made this difficult step so much harder for me," she says. "Our network has provided me with a safe space and now the opportunity to support other LGBT+ colleagues."

Chantel is now leading the network and knows first-hand the role it plays in fostering a diverse and inclusive workplace.

Since its founding, the network has provided support to LGBT+ colleagues and created a space for conversations on LGBT+ topics. 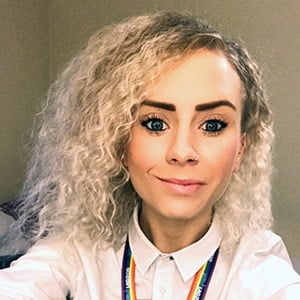 Today, the network counts more than 220 LGBT+ employees and allies. It has recently been nominated among the top networks by the British LGBT+ Awards.

Emma attributes a big part of the success of the network to 'allies' – supporters of our community who do not identify as LGBT+.

"Having allies across our business who are equipped with the knowledge to discuss issues and challenge inappropriate behavior and assumptions leads the way for other minorities, too," Emma says.

In many other markets across the globe where Nestlé operates, similar LGBT+ networks have sprung up. Nestlé is committed to LGBT+ inclusion, providing an open and inclusive working environment where people feel comfortable and confident enough to be themselves at work.

Our corporate values rooted in respect, our public pledge to support the UN’s LGBTI Standards of Conduct, and the group-wide roll-out of a compulsory training program on unconscious bias for all Nestlé employees have, each in their own way, contributed to moving the needle. The launch of our new Nestlé Global Parental Support Policy, offering the same benefits to same-sex and different-sex couples, is also empowering members of the LGBT+ community.

We’re also partnering with LGBT+ civil society groups such as l’Autre Cercle In France, PARKS in Italy, or Pride Connection in Mexico, Colombia and Panama – to name a few. Through these partnerships, we develop a detailed understanding of the issues faced by LGBT+ communities on the ground, which, in turn, helps us to develop programs that are relevant to the local context.

Removing courage from the equation

Johann says being able to come out was akin to being able to breathe freely again. "So much has changed, I’m now engaged to my partner and we are starting to build a family – something I never even imagined would be possible."

Johann is also quick to note the irony of the situation. "The very same organization where I wasn’t sure if I could be fully myself at the beginning is now recognizing that aspect of my life and is even supporting me and my family through it."

And he's got a message. "People often told me how courageous they thought I was for coming out, but I think the most important message here is this: How can we support our colleagues so they don’t need courage, because we are able to make them feel safe?"

Today Johann, Chantel, and Emma remain focused as ever on advocating and advancing diversity and inclusion at Nestlé, to help everyone feel safe to be their whole selves at work.

Celebrating diversity during Pride month and beyond

As we approach the end of Pride Month, Inclusion and Diversity manager Ali Beresford reflects on the work being done to support our colleagues from the LGBT+ communities to thrive here at Nestlé UK an...

Nadia Hamid joined Nestlé UK and Ireland in 2020 as part of the graduate scheme and immediately became involved in the Eradicating Racism Network.When I was interviewed for my assessment centre last y...

Stefan Wijnhoud, Head of Engineering at Nestlé UK and Ireland, and Emma Callinan, HR Lead at Nestlé Dalston factory, have reinvigorated the UK & Ireland Women in Engineering network. They spoke about...