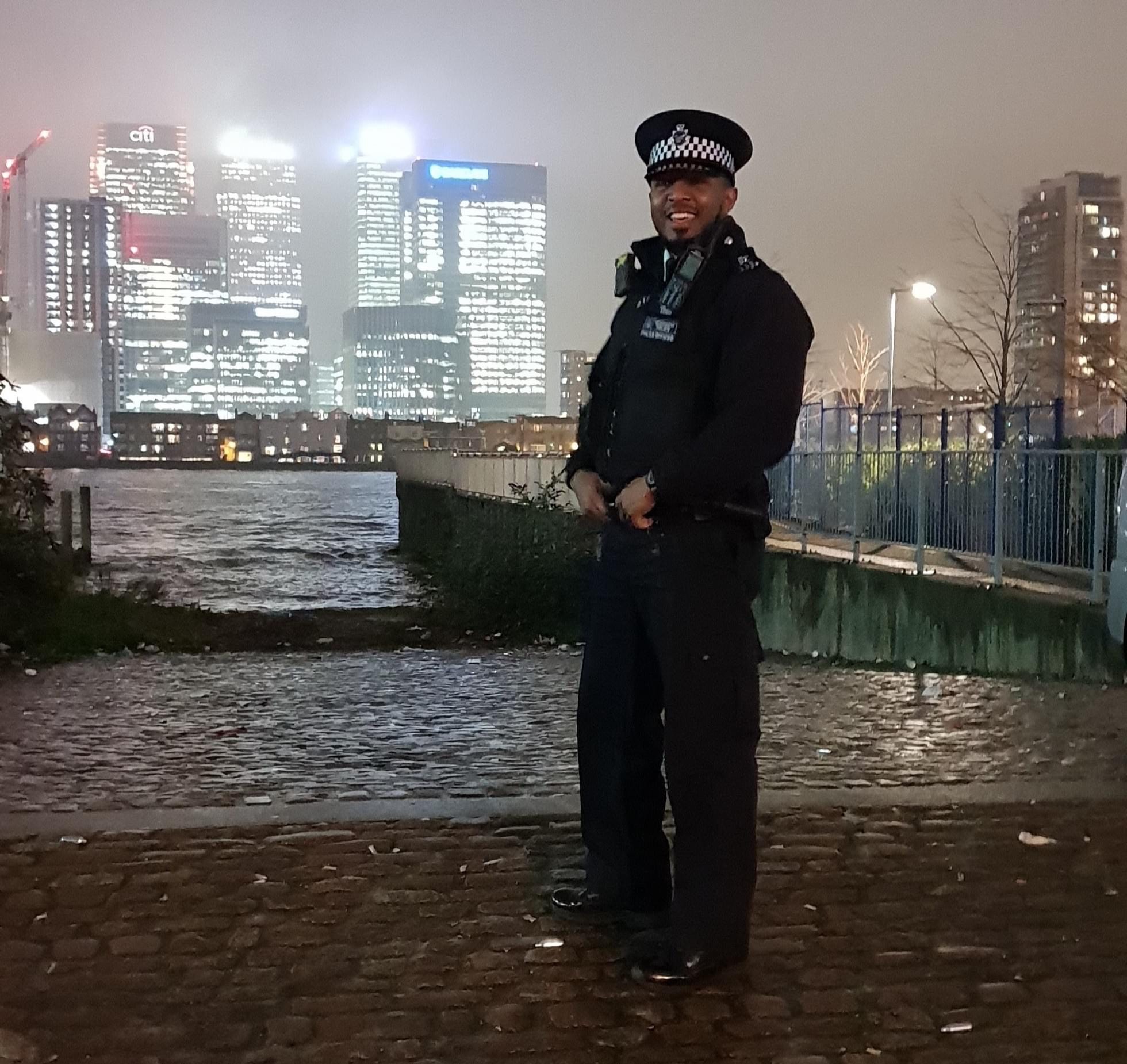 Pele Kaunda is a PC on one of our CID teams. He joined the Met to help people, and despite many of his friends having negative views of the police when he joined, he thinks it’s important that he can help to protect his community by working in the Met.

What was your main motivation for joining the police?

As far back as I can remember, I have always found happiness by seeing other people happy and generally enjoyed looking out for others and being there for them in times of need.

I left Zambia to join the British army in 2008, where I was lucky enough to travel around the world helping those in need both in peace and conflict. When I left the army I felt I had more to give to the community. I joined the prison service with the aim of rehabilitating prisoners.

However, I still felt I could give more, and wanted to help change lives before they made the wrong decisions. I wanted to share my story with those who felt they had few options in life and be proof that with hard work and determination, anything is possible. The police was a natural transition.

What were your expectations before joining?

Before joining, I knew very little about how it works. I used to watch police shows and that never show you what police work is really like. I was expecting it to be very robotic and regimented, a bit like the army where you are mostly told what to do and how to approach each situation.

However, after joining, I realised that once you are in your patrol car, you are in charge and you have to assess each situation differently. You deal with a wide variety of situations but it’s always good to know you don’t work alone, but as a close-knit team with a similar mission.

What did your friends and family think of you joining?

Most of my friends had a negative perspective towards police, mostly due to what they heard or have seen on TV and the news. At the time I was joining, there was a lot of negative news about police in the media from around the world.

There was also a perspective among my friends and family that the police was near impossible to get into and that you had to be extremely good at everything. They also felt that being black and Zambian, I had no chance in joining the Met.

However, I managed to change their perspective by joining and telling them of my experience in the police. My friends and family are now always asking me about the police and my wife probably now knows more about policing than your average probationer.

What is your current day-to-day role?

I am currently working with CID. My role is to help progress drug related crime that fellow officers are investigating. Much violent crime in London is drug related. By tackling the criminals involved in supply, we take away a major source of income from gangs and reduce their resources.

Previously I was an Emergency Response Officer, where my role was to go to any emergency calls. On one day this could be dealing with someone who is having a mental health crisis and about to take their life, dealing with violent crime or even having a cup of tea with an elderly victim that has no family or friends to talk to.

At the end of the day regardless of the role, I go home knowing I have made a positive difference directly or indirectly to someone’s life.  For me there is no greater fulfilment.

When I am out on patrol, I talk to people like I talk to them outside uniform. I am myself. London is diverse and needs diverse police. It needs your everyday person but just in uniform serving and protection their community. Here you will find a team that will take care of you and value your every effort. Every contact matters.

Do you want to help keep your community safe?

Secretary of State for Defence, Ben Wallace MP and Ambassador Dr Monica Juma, Cabinet Secretary for Defence for the Republic of Kenya, opening Nyati Barracks. [MOD Crown Copyright 2021] One of our ma...

Our young people at Torbay Foyer are celebrating a busy and successful year of achievements. The supported housing scheme, which helps young people between 16 and 25 who are experiencing homelessne...