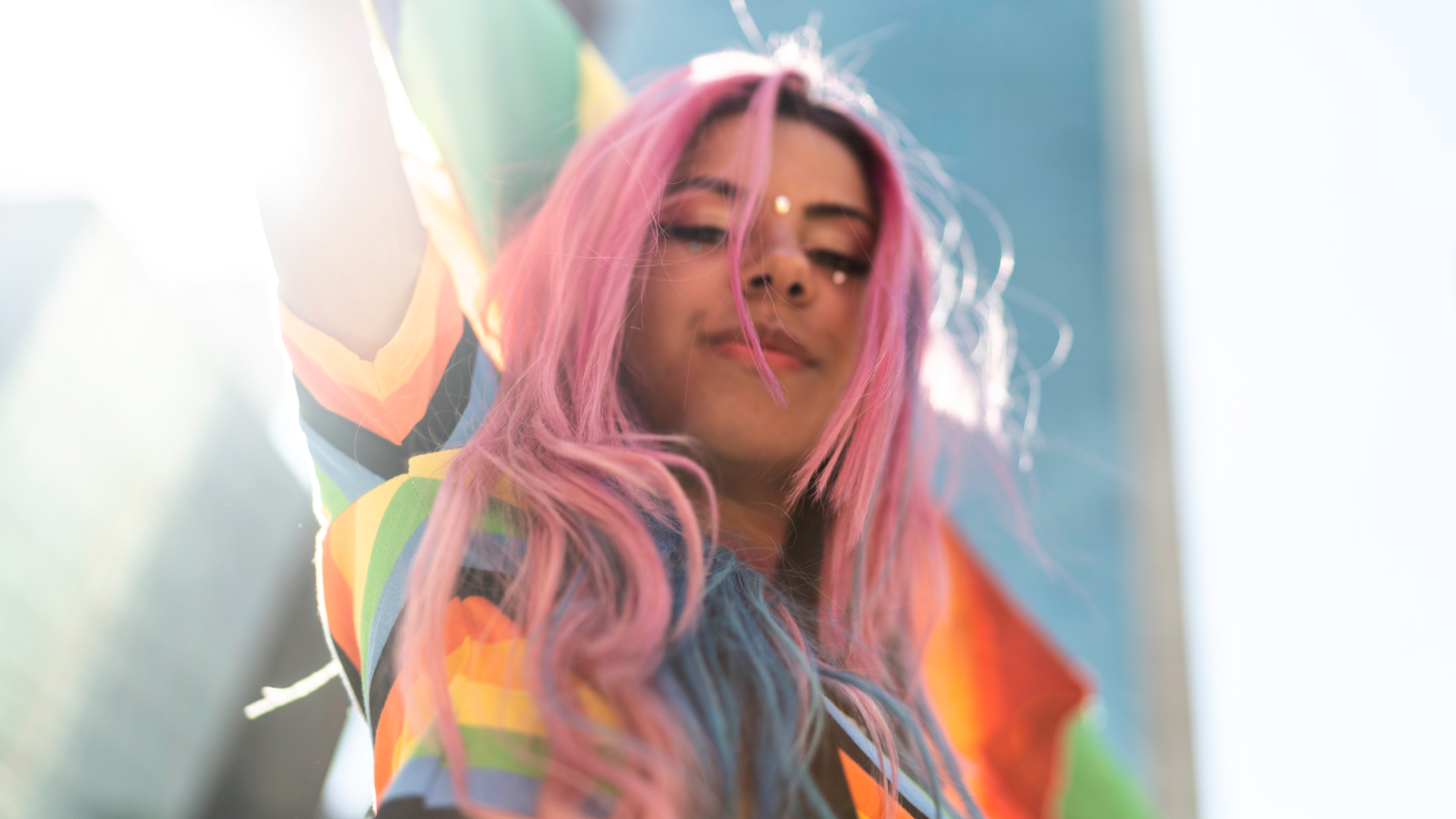 As part of our Metaverse Culture Series, we will explore the future of LGBTQ+ chosen family and community safety in immersive spaces through a custom Meta Horizon Worlds experience later this month.

This Pride month, we’re celebrating the LGBTQ+ communities who are shaping culture and influencing how gender identity is expressed across our technologies.

Later this month, we will be exploring the future of LGBTQ+ chosen family and community safety in immersive spaces as part of the Metaverse Culture Series. We’re building out a custom experience in Horizon Worlds, while hosting a candid conversation with an exclusive group of community leaders as we build towards a more equitable metaverse.

On Meta Quest, check out the newest episode of Weird Times , which explores the experience of coming out as a teen in the current political climate when LGBTQ+ rights are under attack.

In Meta Horizon Venues,  you can watch “March for Dignity” on June 2, a documentary that follows a small group of LGBTQ+ activists in Tbilisi, Georgia as they attempt to conduct the first Pride march in the country.

Starting today,  you can use Pride-themed avatars and stickers in Feed and on Stories on Facebook and Messenger. They will be available year-round.

And, we’re launching an exclusive new AR effect in partnership with Broadway’s Tony Award-nominee & Pulitzer Prize-winner A Strange Loop. The AR effect “Show Your Skills” guides fans through the audition process with fun twists and prompts aimed to bring out your inner star. You can use this effect on Reels, Stories and feed posts. 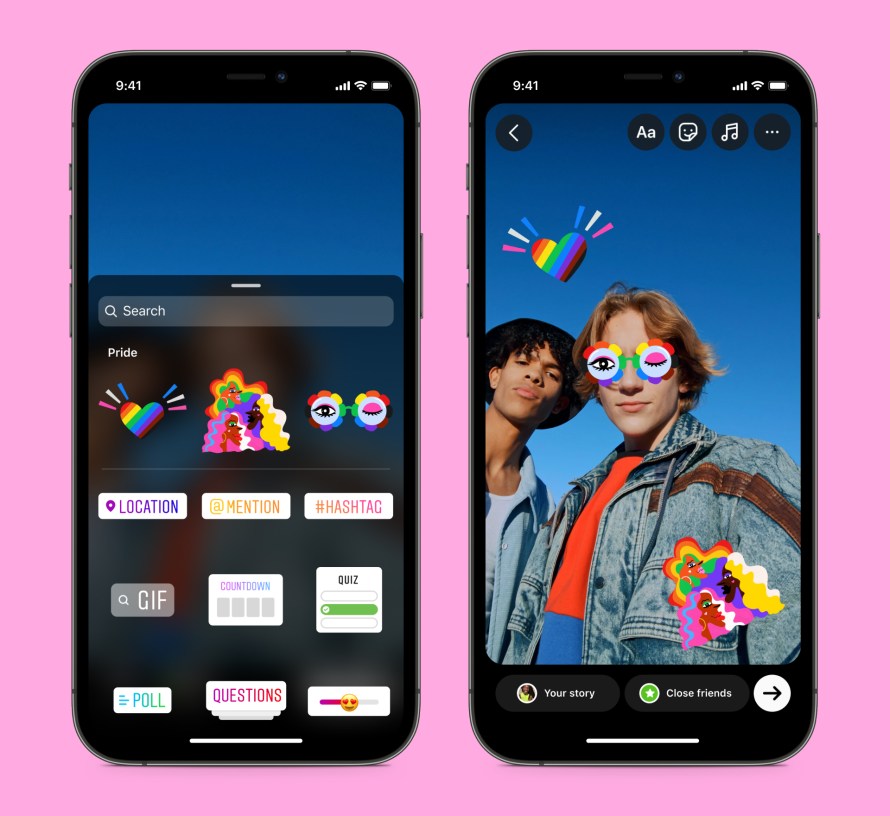 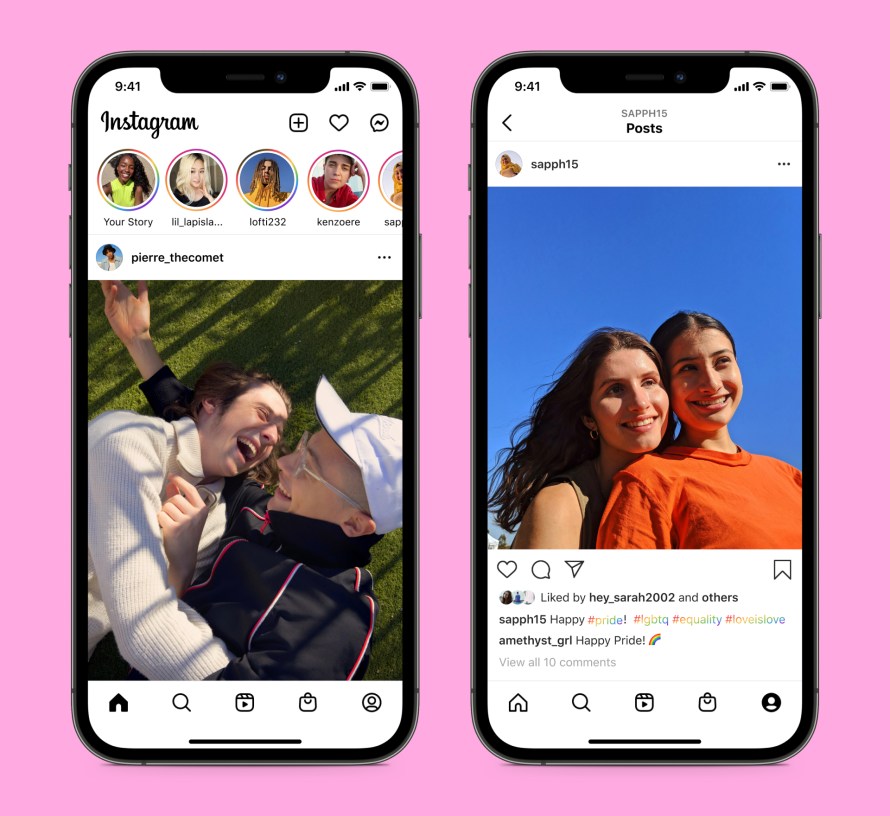 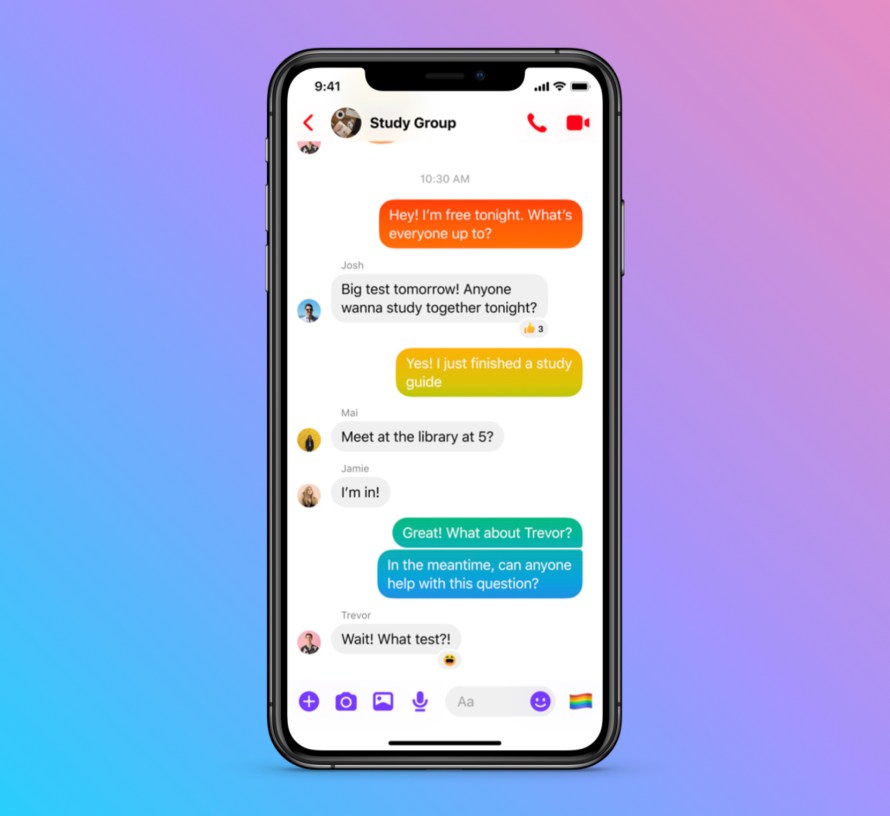 This month, we’re introducing our LGBTQ+ Safety Center Hub on Facebook to provide easy access to resources that can help the community feel safe. In the hub, you’ll find a range of safety features, including guides to improve account security, tools to prevent bullying and harassment and details on how to report harmful content.

On June 21, we’re hosting an in-person Pride skate day featuring emerging and established LGBTQ+ skate creators at the intersection of sports, fashion and culture. Alongside invited press, public figures, food vendors/trucks and content activations, we’ll acknowledge and celebrate the LGBTQ+ youth community through an established holiday for the skate community.

On Facebook, we’re highlighting how the LGBTQ+ community uses Facebook Groups to find a sense of belonging in a portrait series entitled my chosen family, featuring diverse, intersectional communities where people have found connection.

The LGBTQ+ community using our technologies spans worldwide. In Brazil, we’re renewing the bi-weekly video series  #OrgulhoFamília (#FamilyPride in English) on June 28. The series tells the stories of LGBTQ+ love and how non-biological family can be chosen for people seeking community. We will also be hosting a Pride gaming event in Brazil, an event on June 12th that will bring together over 30 gaming creators to celebrate the LGBTQ+ community and live broadcast 3-hours of content on Facebook Gaming Pages, You can watch the live broadcast on Facebook Gaming.

We’re amplifying LGBTQ+ owned SMBs across all of our technologies to help grow their community through education and connection.

During the first week of June, we’re publishing the Global LGBTQ+ Cultural Guide as a resource designed to educate and inspire authentic ways to support the LGBTQ+ community.

Meta: Engineering-led Culture and the Opportunity to Tackle new and Different Challenges

After a successful 30-year engineering career, Allan M. was still eager to learn and grow and in 2017; he joined Meta in London to lead engineering for Ads. Established more than ten years ago, Meta i...

Meta: Where Working Parents can Flourish

Like millions of people around the world, Laura W. and Lisa B., content designers at Meta, have two full-time jobs. In addition to the work they do at the company, they’re also parents. “Parenting is...

When Kojo Boakye finished university in 2004, he wasn’t sure what he wanted to do. But he knew one thing: he planned to be very intentional in charting his career path. Today, Kojo is the Director o...