Seriously – it is good to talk about mental health

Steve, a Tax Director at Mazars shares his experience with mental health in the workplace, the benefits of talking and how Mazars supported him.

My name is Steve Dennett and I’ve worked in Tax at Mazars for nearly six years now and I can honestly say that my colleagues are the most supportive bunch I’ve ever worked with. 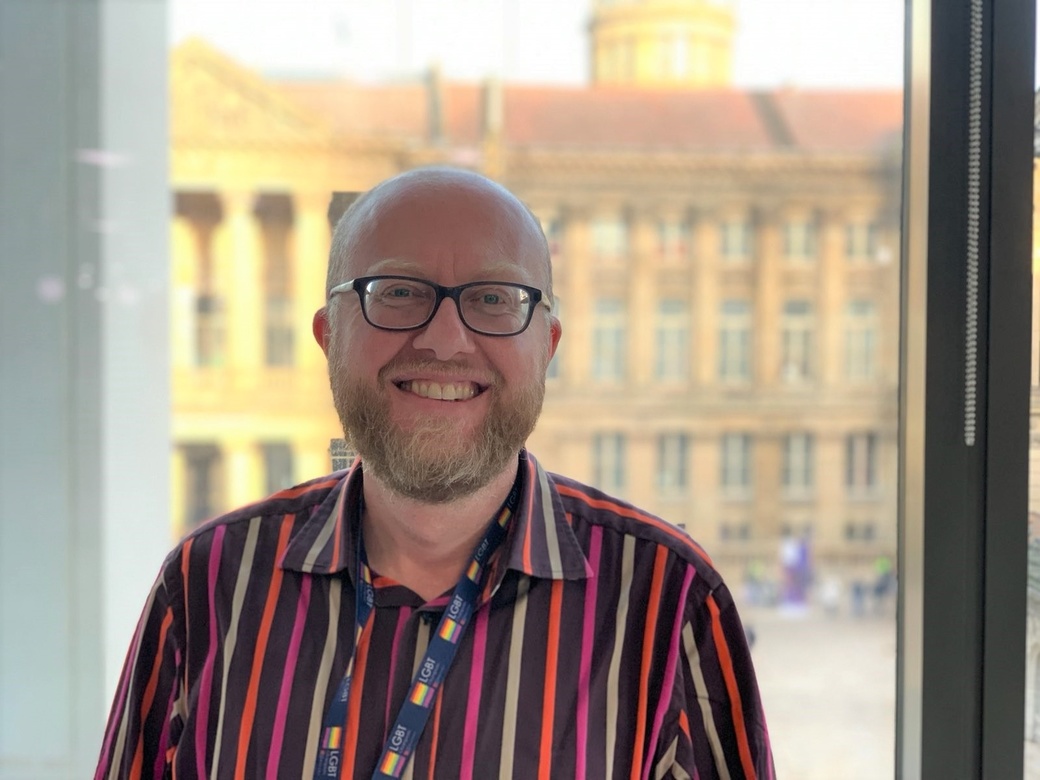 One thing I do know is that if I hadn’t talked to them about my mental health, I’d probably not have been promoted to Tax Director this year - I’d be in a very different situation.

I’ve been so encouraged by the firm that I’m now happy to tell anyone about my very long-term struggles with depression and the paralysing anxiety attacks – that stop me in my tracks, sometimes I physically cannot move a muscle for hours - that were layered on top of that over the last two years.

Therefore I think it’s important for people to know that whatever the state of their mental health, it doesn’t have to be something you pretend isn’t there when you head into work.

I’ve had a good few stabs at explaining to others what it’s like in a bad period. I think the best analogy is that you get the type of panicked, adrenaline-soaked feeling you’d have when walking a narrow plank over a thousand-foot drop – but about utterly mundane, normal things, whether it’s deciding what to have for tea, filling in a form, or just brushing your teeth in the morning.

Most people won’t really understand how you feel or how it affects how you live, do your job, or interact with others. But they don’t really need to – so long as they want to help you.

My manager took things very calmly when three years ago I said I needed to start working in a meeting room – I simply couldn’t cope with the open office environment.

The most important thing they did was simply to say: “Tell me what you need me to do”. So I said I needed them to let people know that I was going to be in my little room for a while; that if anyone wanted to come in to speak to me, I’d need some advance warning, and that there was one particular job which I needed them to take off me.

My manager did all of this for me, to the letter – they didn’t necessarily understand my feelings but cared enough to want to help, which is all that matters.

It’s all about trust

Being open and honest engenders trust, and if other people see problems in the work you do - perhaps it takes you longer than usual to finish something, or perhaps your usual attention to detail isn’t there - but they have no idea that there might be an underlying reason for it, then trust is the first thing to go.

I think that because I could openly tell my team how I felt, I didn’t lose their trust. They don’t have to worry about saying something about it, because they know I’ll bring the subject up if it’s relevant there and then.

Hence, when at the end of those 4 months of working in my little room I told my manager that I thought I’d better take a couple of weeks off to try to get better, their immediate response was “why not two months?” I felt like the firm trusted me and knew that I would only take what I needed.

….and trust goes both ways

I had made my application for promotion to Director just before my mental health significantly declined.  Work was going well – my R&D tax credit work I’d come to specialise in was increasing, and I was starting to get a bit of a reputation for it in other offices, not just in Birmingham. I had everything going for me – except that the next stage was a panel interview. I had got as far as preparing slides for a presentation, and then had to stop. I just couldn’t do it.

My manager supported me and spoke to HR, the message came back with as much positivity as I could ever have expected – the firm wanted to promote me, the business case was great, but right now, your health is the priority. I was told not to give it another thought – that the process would be there, frozen in time for me to pick up and continue whenever I was ready and well enough to continue…. And this was where I needed to trust the firm.

The proof is in the pudding

One year later I’d recovered (with the help of some medication) to such an extent that I could speak to HR – and, as I had trusted, everything was right where I’d left it.

Following on from that, the message was the same – the firm wants to promote you Steve - however, the firm needed to be sure the added pressures of a director role wouldn’t make me start having what I call my ‘bad brain’ days again. An occupational health assessment was set up. The occupational health assessment recommended a course of Cognitive Behavioural Therapy (CBT), which should equip me with the tools to help prevent myself from slipping back. It said ‘tools’ – turns out it’s really just ways of thinking which are blindingly obvious once you know them, but which would never have occurred to me when I was at my lowest.

I’ve had regular update meetings with my manager and HR – just to keep track of how I’m doing, and I’ve had a huge amount of encouragement – honestly, it’s been a very positive experience. My team all knew about the CBT too and have been really supportive.

In the end, early in December, my CBT therapist told me that she was happy with my progress and that all that was now needed was a ‘check-up’ in a few weeks. And that’s where the firm has been true to their word – nothing else needed doing. From 1 January I got to call myself a director, which I like a lot, because to anyone outside the profession it sounds like I’m in charge.

Find out more about working at Mazars UK

Arlene returning back to work at Mazars UK

Arlene Wewege took a career break after relocating her family to the UK. She then joined Mazars after her career break. In this article, she discusses how she found returning to work, her top tips an...

David, a Senior Internal Auditor within the Public and Social Sector shares his personal experience of being diagnosed with high-functioning autism and ADHD, how he manages it and how others can to...

"Mazars’ aim to increase diversity, was one of the main reasons that attracted me to apply." ~Yasmine Mahmoud Yasmin Mohamud, an Insolvency Administrator at Mazars, shares her experience of joining M...

This year's International Day of People with Disabilities (IDPWD) theme is ‘leadership and participation of persons with disabilities toward an inclusive, accessible and sustainable post-Covid-19 worl...