Mayor of London launches a weekend festival programme for 2017 St Patrick's Day. The celebrations will take place from Friday 17th to Sunday 19th March across a range of locations in the English capital.

Mayor of London Sadiq Khan had his first major event as Mayor at the Pride Parade 2016, and since then he has expanded his support for cultural celebrations in the city.

The Mayor has pledged to attend this year’s parade in celebration of the contribution of the Irish to the capital. 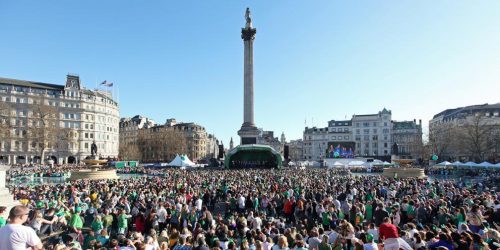 Now in its 16th year, the London St Patrick's Day festival attracts over 100,000 people to a one-day parade and festival at Trafalgar Square in central London. This year’s programme of events will run over three days in a move to reflect the growing interest in a diverse and wide reaching celebration of Irish culture.

The launch of the new extended programme was held at the Irish Embassy where Irish Ambassador Dan Mulhall welcomed the news.

“It takes celebrations in London to a new level,” he said, describing the festival as a great showcase of “Irish culture and the atmosphere intrinsic to Ireland”.

Both the Ambassador and the Greater London Authority’s Jacqueline Rose, who represented Mayor Khan on the night, called on Irish business owners in the capital to continue to support the festival financially. 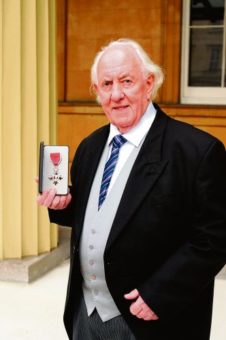 Catherina Casey, the Chair of the Community Advisory Board (CAB) paid tribute to the late Brendan Riney, the Irish business-man whose company JB Riney was one of the main sponsors of last year’s festival and who have again pledged support for 2017. Mr Riney, sadly passed away last month, and his own wife passed just this week.

Among the new additions to the festival in 2017 will be a St Patrick’s treasure hunt and a children’s art competition judged by TV favourite Dermot O’Leary. 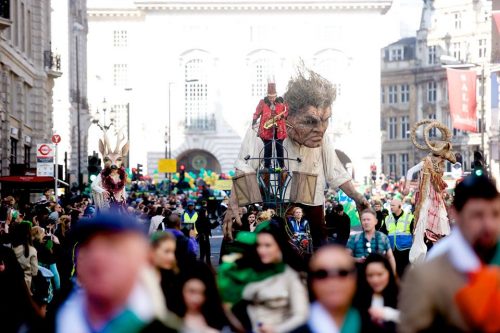 “Cultural diversity is one of city’s key strengths and the contribution of the Irish is a part of that,” Ms Rose added. “London really does celebrate the Irish and its culture.”

This year the Mayor’s festival will also team up with Camden Market to offer a new family-focused music, art, food festival as part of efforts to bring the celebrations outside of central London and acknowledge some of the more historical Irish links in the capital.

“Irish band Kila will being some sparkle to Camden,” Ms Rose said.” We also want to inspire people to explore rich Irish culture for the other 364 days of the year.”

Casey spoke passionately about the role of the board: “It is our community, our culture, our responsibility.”

London’s St Patrick’s Festival 2017 will include

Trafalgar Square will once again host a main stage, Irish street food market, tea tent and an Irish shop. The full line-up will be announced shortly, and if the excitement amongst the CAB is anything to go by, it looks set to delight audiences. 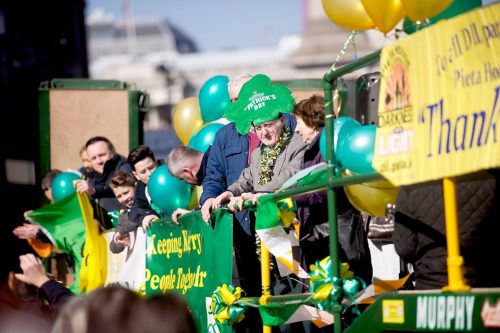 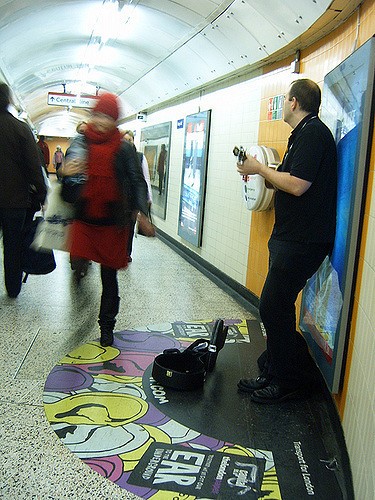 A number of Underground tube stations will host live performances from buskers and choirs from across the London Irish scene.

An Irish-themed treasure hunt will take place around Trafalgar Square on Sunday, March 19. The trail will take around 90mins to complete and is suitable for all ages. This addition is designed to provide family audiences, in particular, with an alternative to the square’s celebrations.

Works by Co. Armagh artist John B Vallely will be exhibited at City Hall. Vallely is a critically-acclaimed painter and musician whose work features the traditions, sport, music and mythology of rural Ireland. City Hall will also host a lecture night, curated by the Irish Cultural Centre, Hammersmith, with details to be announced soon.

Irish Film London will once again host a programme of Irish film screenings at venues across London with content aimed at both family and older audiences. Last year they ran the UK Premiere screening of Sing Street, which went on to collect major awards worldwide. To submit your film for free, visit their portal at www.filmfreeway.com 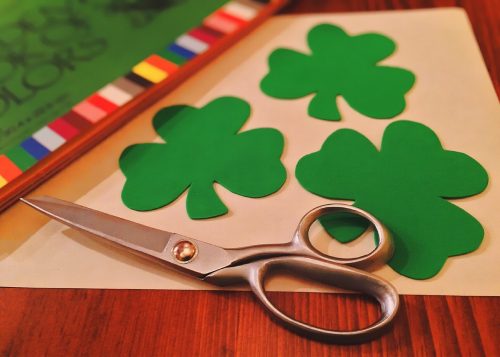 X Factor host Dermot O’Leary will join Mayor of London Sadiq Khan to judge a primary school art competition where children across the city will be asked to design a banner to lead the St Patrick’s Day Parade.

Full details of timings and locations for all events will be announced in the coming weeks. Visit www.london.gov.uk/events for updates.

Our Construction team in London recently made a donation of food to The Whitefield Charity SK Corporation. The food had been bought for the team's Christmas party but after it was cancelled, the team...