The shortlist for the British LGBT Awards 2017 has been announced and Lloyds Banking Group have featured in two categories!

The British LGBT Awards celebrate the UK’s most loved LGBT personalities, innovators and companies. Dubbed the “Gay Oscars” by the press, the awards were the most publicised LGBT event last year.

The Awards are designed to showcase individuals and organisations that have demonstrated an outstanding commitment to the LGBT community. They believe that those who go the extra mile to ensure equality, opportunity and fair treatment for all, regardless of sexuality deserve to be recognised.

Lloyds Banking Group’s #HeSaidYes campaign has been shortlisted in the Top 10 Brands or Marketing Campaigns category for featuring a same-sex proposal. The 2016 advertising campaign entitled ‘For Your Next Step’, featured a diverse range of people frozen in various stages of life as the Lloyds Bank house ran through the frame. This included a new mother, a man dropping his daughter off at school, and an elderly woman attending a funeral. However, they were nominated in this category for the depiction of a same-sex couple in the middle of a marriage proposal. A still shot of the same-sex couple proposal was additionally used on billboards and posters across the UK with the slogan “He said yes”. 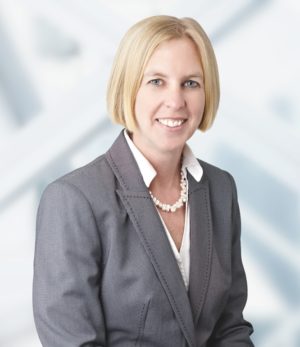 Karin Cook, Group Director for Operations, was also given recognition by featuring in the Top 10 LGBT+ Corporate Straight Allies category. Karin has been nominated for her work as Executive Sponsor for sexual orientation and gender identity at the Group. She leads over 22,000 colleagues across IT, Customer Delivery, Global Payments, Security & Fraud, Property, Risk & Sourcing. Her work over the last 24 months has made a phenomenal impact as she has been the driving force behind the Group extending its Medical Benefits to include gender dysphoria, and she was key in encouraging new allies to sign up and support the Group’s Rainbow Network increasing the membership to 5,000. Her hard work was a contributing factor in Lloyds Banking Group being named LGBT Employer of the Year in Stonewall’s Top 100 Employers List.

Karin commented on achieving Stonewall’s LGBT Employer of the Year,

“I’m thrilled Lloyds Banking Group has been recognised as the leading employer for lesbian, gay, bi and trans people in the Stonewall Top 100. At Lloyds Banking Group, our goals are to become the best bank for customers, a company that reflects the diversity of modern Britain in our workforce, and provides an inclusive and welcoming environment for everyone. Ensuring our LGBT colleagues are as engaged as other colleagues is important for meeting our commitments on inclusion and diversity as part of our Helping Britain Prosper Plan. This award recognises the progress we’ve made in this space. I’m extremely passionate about ensuring our LGBT colleagues can bring their whole selves to work. In 2017, we will continue to listen to colleagues, using their feedback to drive priorities to ensure we remain a top LGBT employer, and focus on improving our processes so we can make the Group easier for the LGBT community to interact with. My goal is to see Lloyds Banking Group recognised as an LGBT employer and brand of choice and I am confident we will succeed in this.” 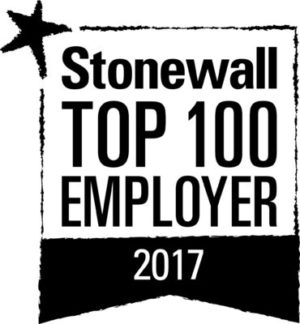 Stonewall have also featured in the awards shortlist under category GMB Top 10 Charities or Community Initiatives. Stonewall is a lesbian, gay, bisexual and transgender (LGBT) rights charity in the United Kingdom named after the Stonewall Inn of Stonewall riots fame in New York City’s Greenwich Village. Now the largest LGBT rights organisation not only in the UK but in Europe, it was formed in 1989 by political activists and others lobbying against section 28 of the Local Government Act. Its founders include Sir Ian McKellen, Lisa Power MBE and Michael Cashman (CBE).

Stonewall has diversified into policy development for the rights of lesbian, gay and bisexual people after Labour came to power in 1997. It remains a lobbying organisation rather than a membership organisation. Former Chief Executive Ben Summerskill has commented, “We are not a ‘democratic’ organisation… We seek to develop all our work, and policy positions where appropriate, by building as wide a consensus as possible among lesbian, gay and bisexual people.”

“All nominees are absolutely deserving of their place on the shortlist but it is now down to the public to choose their winners ahead of the ceremony which is set to be the biggest yet when it takes place in London on 12 May.”

Levelling the playing field for Black Talent in Tech

Tiffany Manteaw, from our Race Advisory Panel, talks about addressing diversity issues in tech and how we should approach levelling the playing field. As part of our Digital Transformation divis...