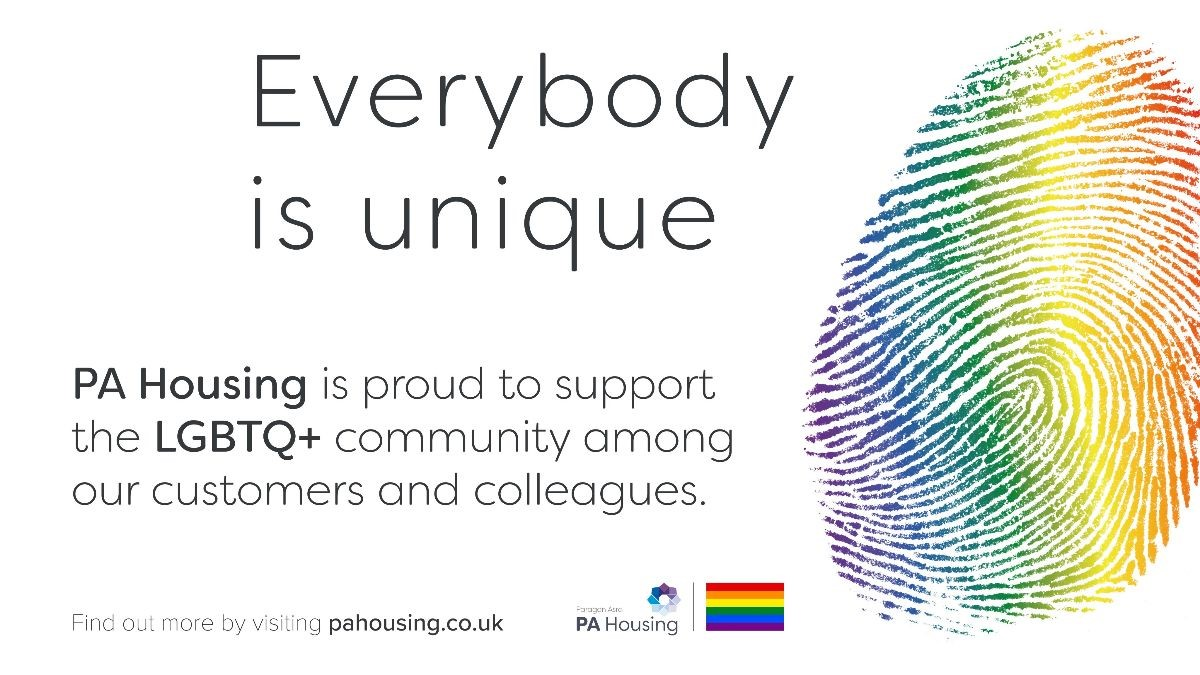 February was LGBTQ+ History Month in the UK, and we would like to take the opportunity to highlight this event by sharing some media recommendations from the marvellous people here at PA Housing. It is part of our ethos to celebrate our differences and proudly shout about the fact that Everybody is Unique. So, after consulting our colleagues from around the business about the novels, TV programmes, and films that made an impact on them, I can now present a list of works either by LGBTQ+ authors or that deal with the LGBTQ+ experience that we think you might like.

But first, as the name of the month-long event states, some history: LGBTQ+ History Month was created by Sue Sanders and Schools Out and first took place in February 2005. The event started in the wake of the abolition of Section 28, the law introduced by Margaret Thatcher’s government in 1988 that “prohibited the promotion of homosexuality.” As a result, it is intended to raise awareness of and combat prejudice against the LGBTQ+ community. Therefore, the aim of this piece is to celebrate the contributions of LGBTQ+ people to society and the world as a whole.

“It’s a Sin is a TV series that follows a group of gay men in London through the 1980s. The protagonists are navigating the world at a difficult time for the community where the HIV / AIDS epidemic was spreading fast – misunderstood and stigmatised by wider society. The show highlights the importance of having support from fellow LGBTQ+ people as well as allies in the straight community. Whilst the show shines a light on a difficult period in LGBTQ+ history, it often does so in an uplifting way, demonstrating that community can help all of us get through dark times. I would thoroughly recommend this to all colleagues and friends but, be warned, I cried at every episode.”

“It’s a Sin follows a group of friends during the HIV / AIDS epidemic. There were 5 episodes in total, which I watched in one go. It is without a doubt, one of the most powerful and thought-provoking TV series I've ever watched. I was born in the 1980s – so I don't remember this at all – but when I asked my parents, they also didn't have much memory of it which surprised me. Later, I began to wonder if it was to do with the media at the time and how it was (wrongly) referred to as ‘gay cancer’.

“What struck me most was how these men were treated. Locked away in segregated hospital wards, being treated by medical professionals wearing hazmat suits, washing themselves furiously after coming into contact with people who had the disease. I would urge everyone to watch this programme as I think we all need to ensure that people are never treated in this way again. An amazing piece of work.”

“Virginia Woolf’s Orlando is one of the most powerful pieces of literature. Woolf was a modernist, radical, and queer woman who resisted the norms, expectations, and boundaries of the era she lived and worked in. She explored her identity, sexuality, and gender in her personal life as well as through the values of the Bloomsbury Group. These themes are also present in her literature through characters like Orlando. In the book, Orlando’s story is told over a few centuries where they metamorphise from a man into a woman. I’ll leave you to explore the rest for yourselves!”

Marco’s note: “I’ve also seen quite a good film adaptation of this starring Tilda Swinton in the titular role (1992).”

The Naked Civil Servant (1975), a television movie based on the autobiography of the same name by Quentin Crisp

“As an old stager, I recall a brilliant and very moving TV movie – The Naked Civil Servant starring John Hurt as Quentin Crisp, who was a gay man born in the early Twentieth Century. He had to face a lot of prejudice and worse from the public and, worse still, from the police because he was brave and very overt about his sexuality. I watched this in 1975 when it was first aired, and it was very moving and I suppose controversial. It certainly polarised opinions about the representation of the gay community at the time. I would love to watch it again to tell you more; I think it’s available to watch on Amazon Prime.”

“A piece of media that has always stuck with me is Philadelphia written by Ron Nyswaner. The whole film demonstrates the huge amount of discrimination that the LGBTQ+ community faces, but two scenes in particular have always made a big impression on me. One being when Denzel Washington’s character jumps back in horror after just meeting someone with AIDS and then goes to his doctor in fear. The second being where a female who contracted AIDS through a blood transfusion is treated as a victim as opposed to Tom Hanks character who loses his job. It’s emotional from start to finish but I would recommend it to anyone and everyone.”

Gentleman Jack (2019), a television series based on the diaries of Anne Lister

“Whilst this was not adapted by an LGBTQ+ writer, I recommend Gentleman Jack, a TV series telling the true story of Anne Lister, a Nineteenth Century businesswoman and landowner sometimes called "the first modern lesbian".  She also kept extensive diaries written in secret code which took years to decipher. Great acting from Suranne Jones, and hopefully a second series is coming soon.”

“Okay, my selection is a novel that I read whilst I was at university. It's called Affinity by Sarah Waters which came out in 1999. Sarah Waters is a lesbian, and her niche is creating queer-focused historical fiction which I think is really clever because the LGBTQ+ experience was not something that could be widely publicised in Victorian times, for example. It could only really be spoken about in hints and subtext. So, I think it's important to insert the LGBTQ+ voice back into history, and this is especially relevant to LGBTQ+ History month.

“The story follows an upper-class woman who is not entirely comfortable with her own sexuality in this challenging period becoming a Lady Visitor at an all-female prison to be a positive influence on the prisoners. If you are into stories that have big twists and play on the supernatural like the gothic novels of old (I'm thinking the Brontës, particularly Jane Eyre), then I think you might enjoy this. It discusses themes of sexuality, class, feminism, and the 'outsider voice' represented through the supernatural.

“If you're interested in experiencing the story in another medium, it has also been adapted into a 2008 TV movie, but I have never seen that so I can't tell you if it does the book justice....”

I hope you enjoy these recommendations and that they inspire you to consider the achievements and the struggles of the LGBTQ+ community throughout history.

From the Kickstart Scheme to living the dream

Meet Lucy Hill, our Tenancy Solutions Apprentice at PA Housing Hi, I’m Lucy! A few months ago, I started at PA Housing through the government’s Kickstart Scheme for 16 24-year-olds looking for empl...

Marco, Junior Comms Officer at PA Housing, takes an extended (but informal) look at how he Kickstarted his career It is a mild Wednesday afternoon in Leicester. The bright white light of the sky pe...