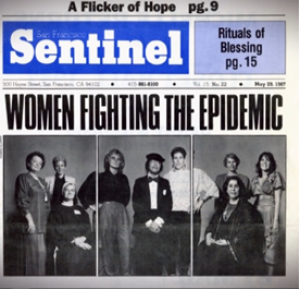 ‘The AIDS epidemic had a devastating impact on the gay community in the 1980s. With little information available at the time, fear of the virus was high and those with HIV/AIDS were often left brutally isolated by family members and medical professionals alike.

‘The Blood Sisters of San Diego were lesbian women who stepped in to help fight AIDS and support men living with HIV, organising blood drives among lesbian women when gay men were banned from donating. Elsewhere, lesbian women volunteered their time in hospital wards, offering company and support to men dying from the virus.

‘For me, it’s important to reflect on the ways that LGBT+ people have acted as allies to each other at times of crisis throughout history, especially those of us who didn’t live through it, and that we vow to always stand together in the face of adversity and attacks against our communities.’ 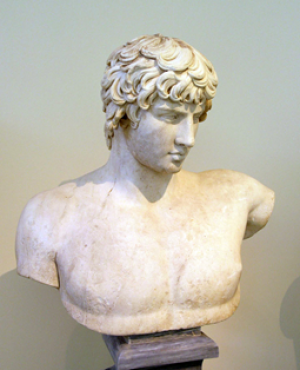 ‘Antinoüs was born in 111 AD and died before his 20th birthday. During his short life, he was the lover of Hadrian, Emperor of Rome. Hadrian truly loved Antinoüs. Shortly after his death, he had coins minted in his image, statues erected and even founded a city in his name. Then he went one step further; he made Antinoüs a god.

‘In the early 19th century, Antinoüs became a figure who enabled gay people to think about and celebrate their sexuality in a world which treated them as unnatural. When I began to understand my own sexuality in my mid-teens, it was histories of men like Antinoüs, which helped me to come to terms with myself. It was nothing unnatural or new. We'd always been here.’ 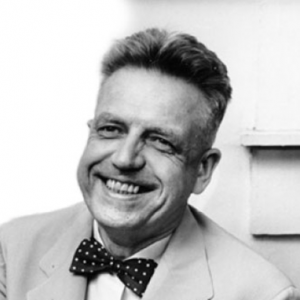 Dr Alfred Kinsey was an American biologist who founded the Kinsey Institute for Sex, Gender and Reproduction. An open bisexual, Kinsey was pivotal in advancing scientific understanding of sexuality. During his career, he collected over 18,000 interviews on people’s sexuality and behaviour, and was able to quantify for the first time that lesbian, gay and bi identities were far more common than had previously been assumed. He also coined the idea that sexuality exists on a spectrum – the Kinsey Scale.

Grace Natusch said: ‘Alfred Kinsey is an icon to me because of the impact his research has had. His work is credited with inspiring countless other studies, and helping to change public attitudes and perceptions of sexuality. He was also incredibly brave in openly discussing the lives of lesbian, gay and bi people 50 years before homosexuality was made legal in the US.’