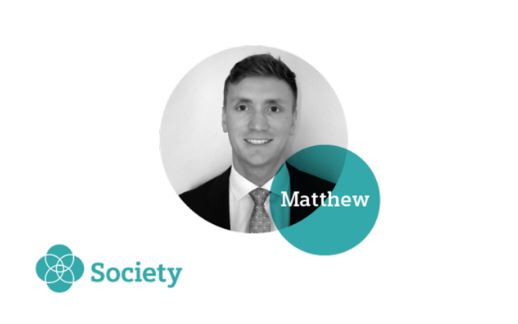 Setting a benchmark for improvement drives the changes that matter

SPARK member, Matthew Cooke is one of the driving forces behind the group, raising awareness and support for the Siemens LGBTQ community. He and a team of Diversity Champions submitted the company’s first Workplace Equality Index – a benchmarking tool used to measure the business’ progress on LGBTQ inclusion in the workplace – and the results were eye-opening…

“I wanted to be involved in something that would help more people to be themselves at work.”

It all started when our UK CEO Juergen Maier set up a kick-off conversation around the LGBTQ community at Siemens. While Siemens as a business has an inclusive culture, there was nowhere LGBTQ colleagues specifically could turn to for support, so a group of us got together and started SPARK.

“The feeling was that sexuality has nothing to do with our jobs, and not really to be talked about.”

Seeing a role model like Juergen coming out and saying it’s important to be yourself in the workplace was really inspiring. My sexuality is a big part of who I am and shapes my identity - I wanted to help other colleagues feel that Siemens supported them. I suggested that we work with Stonewall, a charity who runs the Workplace Equality Index, so we could understand how LGBTQ-aware the business was and what measures were in place to support the community.

“You don’t have to do these things alone. Turn to the people around you for support.”

I put together a proposal and reached out to the leadership team for support. With their backing, I spoke to the people around me to see who could help get things off the ground. Thanks to the Diversity Champions, a team of ten people – both LGBTQ and allies – was formed who worked with me to pull the survey submission together.

“The results were eye-opening, but they were a starting point for progress.”

There were some key areas for us to improve. Our policies didn’t explicitly reference LGBTQ communities or use gender neutral language and we held very little LGBTQ representative employee feedback data. The data we did have highlighted some key insights. For example, a mere 32% of lesbian, gay and bisexual employees said they felt comfortable disclosing their sexuality to colleagues at Siemens. That’s really low.

There were good things happening too – our levels of local community engagement and event sponsorship were positive, and our senior management teams attended events and spoke up about LGBTQ inclusion.

“We’re seeing the impact of our work already. And it makes all of the effort worthwhile.”

We’ll shortly be rolling out an Ally program highlighting the specific challenges faced by minority groups, including the LGBTQ community, and how Allies can support their colleagues. We’re adding explicit terms on discrimination and bullying/harassment based on sexual orientation and gender identity to existing policies. We’re also removing gender pronouns from our family policies and adding definitions of mother, father and partner as well as introducing a ‘transitioning gender at work’ policy.

Two colleagues who have already transitioned gender at work reported good experiences which is brilliant. By having the Spark network, we’ve been made aware of their good experiences and we can improve the company policies based on them.

The Workplace Equality Index isn’t just pointing a finger and saying “you’re not doing enough”, it highlights pockets of best practise and then allows us to roll those out across the business.

“By driving change within Siemens, we can act as a beacon to other businesses around the world.”

If you look at the Workplace Equality Index’s current top 100 performing employers, STEM organisations are very absent from that list. By improving our operations, and leading the way in our sector, we can show other companies how to better themselves and help them to become more inclusive. That’s something I’m really passionate about.

“You don’t always need measurable goals to implement improvements. You should just do the right thing.”

If there’s something you think we should be doing, and it sits with Siemens’ core values, then just do it. Don’t wait around for someone else to make a change. It starts with you.