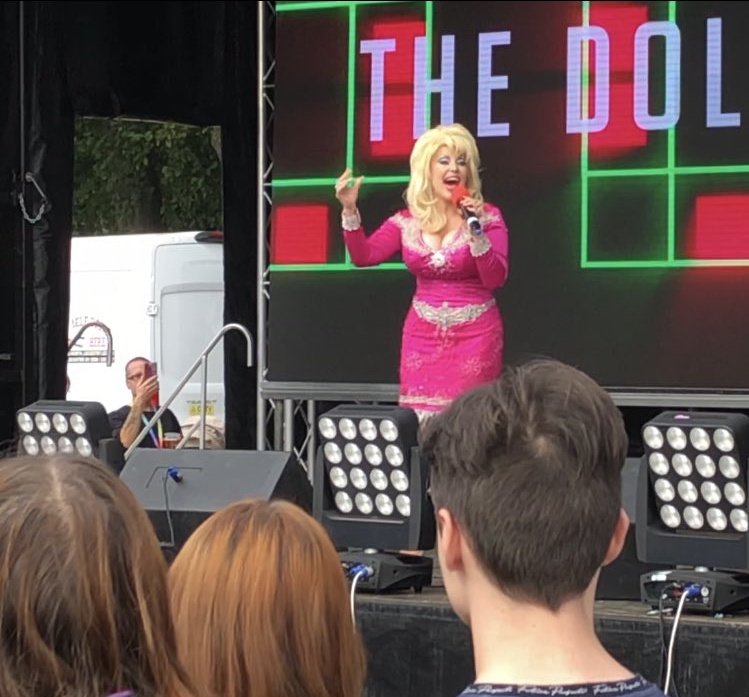 Kelly O’Brien – one of the nation’s most revered Dolly Parton impersonators – entertaining the crowd at Leicester Pride 2021.

After last year’s festivities were unfortunately cancelled due to the coronavirus pandemic, Leicester Pride made its long-awaited return on Saturday 4 September 2021… and I had the pleasure of attending. The event began with the parade which had a reported attendance of 2,500 people. It started around the Curve Theatre area and proceeded through the city centre, bringing a wave of joy and rainbows to the streets of Leicester. Then, thousands more – myself included – joined the celebrations in Victoria Park for a lively day of musical performances, fairground rides, and an array of colourful stalls to look at. And, to top it all off, the weather was very kind to us, so we spent the day basking in the sunshine.

Pride was a lot of fun, because where else are you going to see a variety of DJs, singers, drag acts, and one of the world’s premier Dolly Parton impersonators all in one place? Also, the presence of local organisations set up stalls at the festival, including Trade Sexual Health, Leicestershire Police and Fire and Rescue, and Leicestershire's LGBTQ+ football club, Leicester Wildecats was a nice addition too. However, it would be amiss not to discuss the true meaning of the event because it is important for people to feel like they belong to a welcoming community and a powerful support network in a society that can often be antagonistic towards those who differ from perceived norms. So, Pride is all about standing up and defiantly challenging unaccommodating views with a joyous celebration of difference. 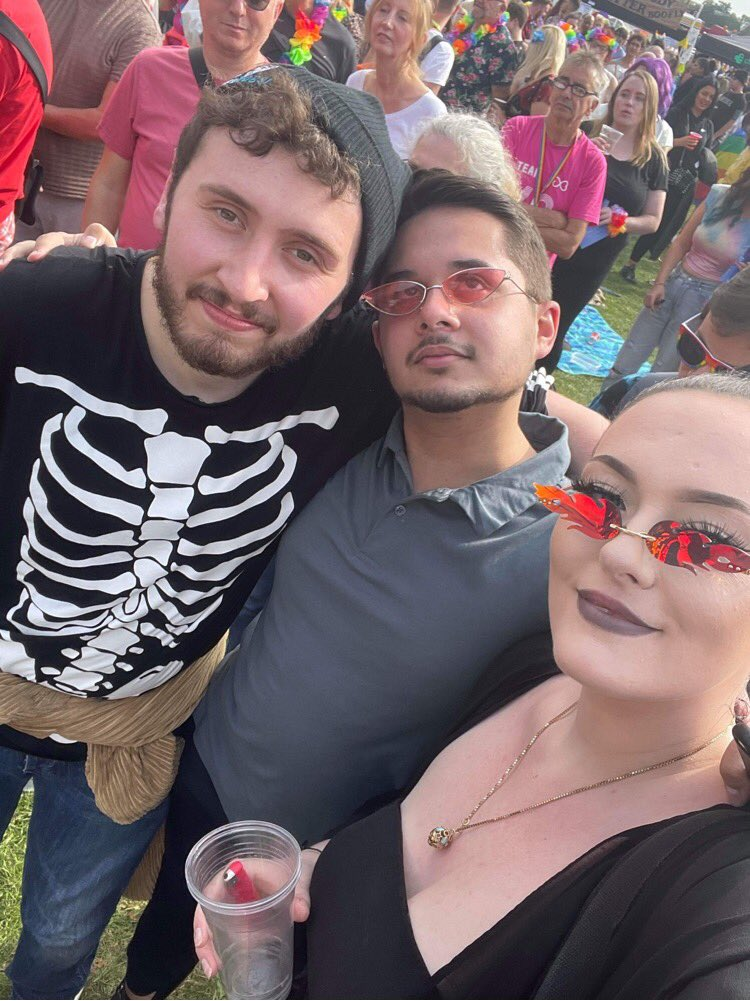 My pals and me (left) appreciating the positive vibes.

LGBTQ+, for those who are not aware, is an umbrella term for Lesbian, Gay, Bisexual, Transgender, Transsexual, Queer, Two-Spirit, Questioning, Intersex, Asexual, Pansexual, Gender Queer, Bigender, Gender Variant, and Pangender people, but it also recognises allies of the community that support the cause of greater inclusion in society. This broad celebration of diversity is one of many reasons that Pride resonates with so many people because whilst everybody has their own unique experience, this event is about being united for the common goals of inclusion and love. To think, it was only 18 years ago that ‘Section 28’ – the law introduced by Margaret Thatcher’s government in 1988 that stated that a local authority "shall not intentionally promote homosexuality or publish material with the intention of promoting homosexuality" or "promote the teaching in any maintained school of the acceptability of homosexuality as a pretended family relationship" – was finally repealed in England and Wales. Furthermore, in many countries around the world, it is still illegal for LGBTQ+ people to even exist. This goes to show that progress towards equality is an ongoing battle, and it is one that we are proud to show our support for here at PA Housing.

In our organisation, celebrating the fact that Everybody is Unique is part of our core ethos. In previous years – before the pandemic made things a lot more complicated – PA Housing had an active presence at Leicester Pride. At the previous festival in 2019, Raj Sharma – one of our Resident Involvement Coordinators – and a dedicated team of PA employees helped to run our very own stall with a variety of ‘Everybody is Unique’ t-shirts, wristbands, and keyrings on offer. Raj reported that the stall was “a huge hit” with those in attendance and that it gave our staff an opportunity to engage with “hundreds of individuals, including customers… local partners and communities.” In the future, we hope to repeat our success and fly the flag at Leicester Pride again so that we can do our bit and participate in one of the biggest free Pride events in the country. 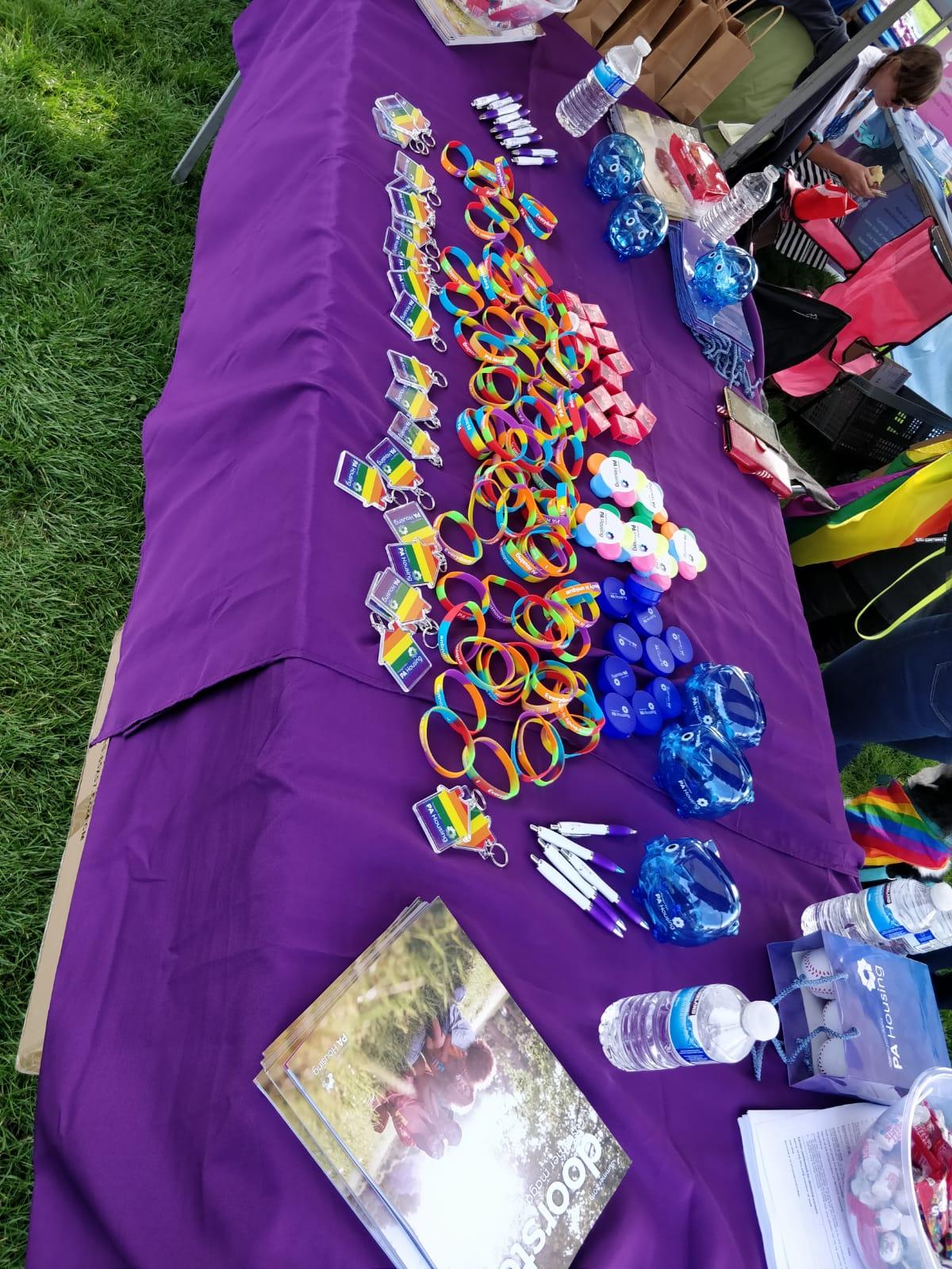 However, our support for LGBTQ+ issues is not just reserved for a few days a year. We consistently publish articles that aim to educate people about the history of the struggle for equality and inclusion within the LGBTQ+ community. Furthermore, we hold events such as ‘Rainbow Day‘ during Pride month where we raise awareness for the cause by dressing up and adorning our workspaces with rainbows. We also participate in HouseProud, the nationwide network for LGBTQ+ people working in social housing that was set up in 2015 and aims to provide networking opportunities for LGBTQ+ staff as well as campaign for LGBTQ+ and housing related issues.

The significance of the home to LGBTQ+ residents cannot be overstated as we recognise that it should be a place where people can express their sexual orientation and/or gender identity without fear of prejudice. According to HouseProud statistics, “a fifth of gay men [in social housing] reported that they regularly modify their home if visited by their landlord or a repairs person to make their sexual orientation less visible (for example, moving pictures, books and DVDs).” Therefore, it is clear that there is still a lot of progress to be made in our industry, which is why we are dedicated to publicising our support for Equality, Diversity, and Inclusion across all protected characteristics to ensure that PA Housing is a safe space for our residents and our staff to be themselves. 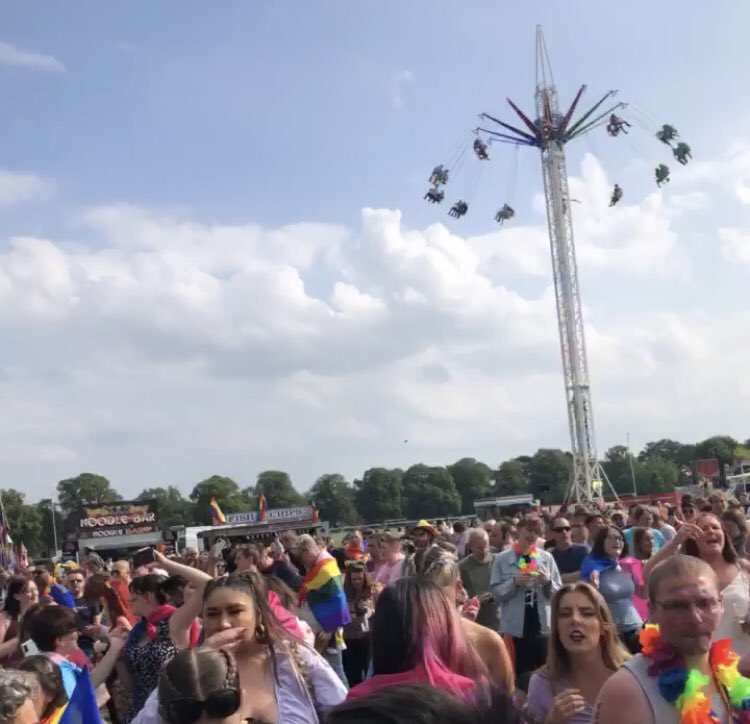 The crowd enjoying the music and the sunshine.

As you may be aware, we are currently in the middle of National Inclusion Week, the annual event organised by Inclusive Employers. The theme for this year is #UnitedForInclusion, which is all about working as a team to make people feel involved and, one could even say, identifying the ways in which “we rely on each other (ah-ah)” to use the wisdom of Dolly Parton (it was the Bee Gees originally, but I think this callback still works). So, I thought, what better way to promote this occasion than to share my experience of Leicester Pride – an event in which thousands of people came together, united by the common cause of celebrating diversity and inclusion? I’ll wait…

See you next year, Leicester Pride! 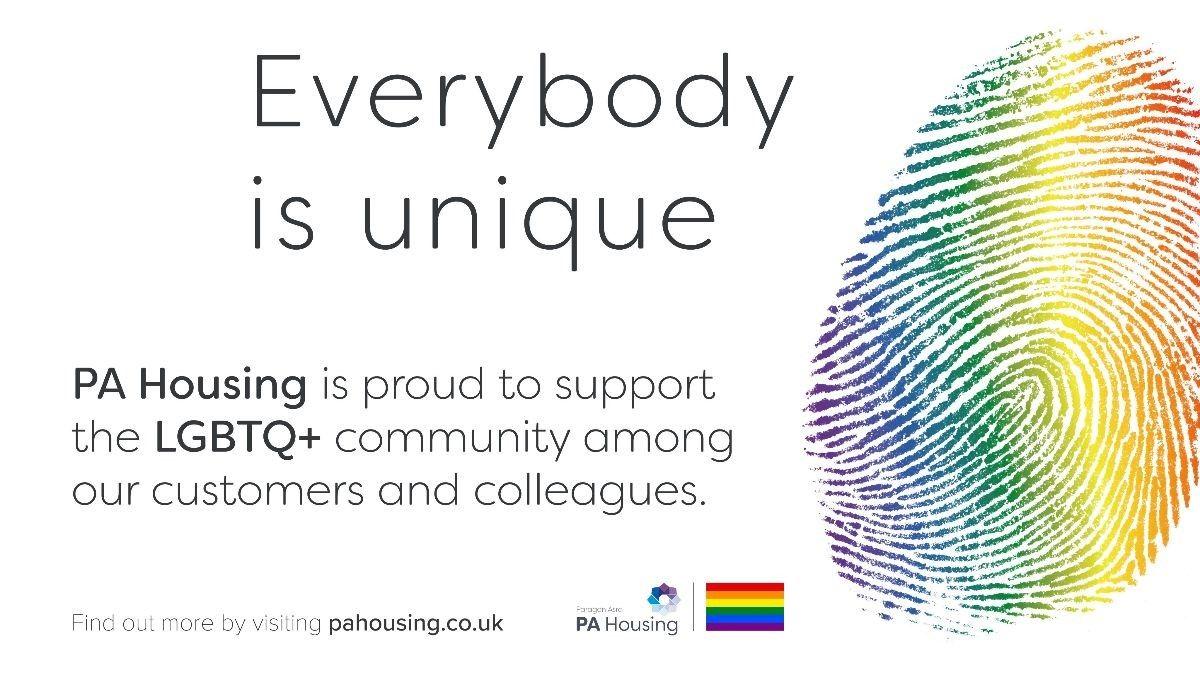 A unique perspective on the world: Brandon’s Story