Making a difference for boys and men in our community 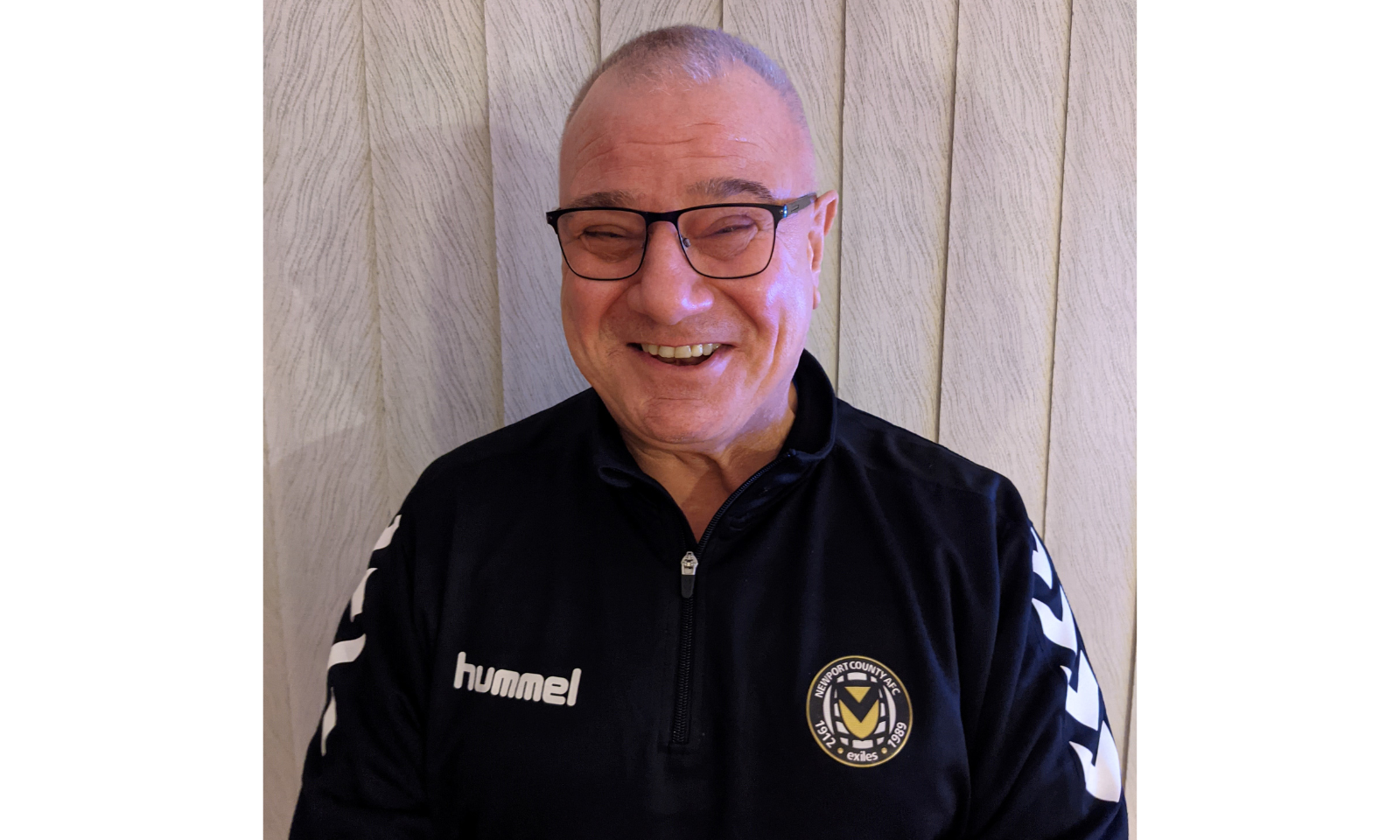 Martin Perry has worked at The Intellectual Property Office for 17 years and is currently supporting colleagues as a key member of our Facilities Management team. Martin recognised from a young age how personally rewarding volunteering can be. He told us about his experiences.

Hi, my name is Martin Perry. The Facilities Management Services team is a great area to work in, as is the IPO as an organisation. My many duties involve me covering all four floors of the IPO which is great as I do love the social aspect of my role.

My first taste of volunteering came in my twenties with Barnardo’s. I was helping underprivileged children in my local area. When my daughter was born, I wanted to give her a grounding in the importance of having a good social conscience. I took her on my rounds collecting money for children in Africa from the age of three, and this is something that Scarlet always mentions to me. She is now twenty-seven and I’m proud to say that she has also raised a lot of money for various charities. The early days did pay off!

The one important consideration of volunteering is that it does require a lot of time and dedication. You cannot just dip in and out as you are heavily relied on within an organisation. Like many things when you become a parent, the charity work had to take a bit of a back seat because I didn’t want to let anyone down. This was until I was approached by Newport County Trust 13 years ago to get involved with the charity arm of the Trust.

Caring for the Sofa Children

Newport County have a charity for the season. The first charity cares for the homeless. It is called Llamau. Little did I know that when Newport County changed charities the following season, I would still be involved with Llamau 13 years later!

I was touched by Llamau’s story of ‘Sofa Children’. This is when children go from house to house sleeping on people’s sofas. It’s a lifestyle that eventually comes to and end when there are no longer any sofas for the children to sleep on. I was gutted that I hadn’t known what ‘Sofa Children’ were. I knew from then this was a charity I could not walk away from.

During the past 13 years, with the help of others, I have been able to organise events to give the children of Llamau opportunities that many of us take for granted. The IPO has always been supportive. These occasions have included going to a football match or going to watch a pantomime at Christmas. I organise an annual collection of Easter Eggs which my IPO colleagues enjoy donating to. The  donations we organise at Christmas ensure all the children in Llamau’s care have presents.

As part of a continuation of the work of Newport County Trust, a new arm was created in the last decade: County in the Community.

Whilst going to pick my season ticket up for Newport County 5 years ago, I was approached by County in the Community’s manager. They asked if I would like to be involved in a new initiative, which used football as a tool to help men experiencing wellbeing issues. My initial response was “I have no experience” to which the manager replied, “just come and be yourself”.

The following week I attended my first mental health football session. It  took place at Playfootball in Bettws, Newport, South Wales, where I am based, for two hours every Thursday. I talked to my manager about volunteering for the charity and how I’d like to take two hours off every Thursday to help. There were no questions asked:  of course I was able to go!

Not knowing what to expect from the first session, we had just one attendee, a woman who came with her support worker. Her name was Emily. I will come back to Emily’s story later as she paved the way for what the initiative was to become.

Over the next few weeks, the mental health football group grew with more members attending with their support workers Theattendees started quietly, not really conversing with each other. After a few months the traditional ‘after footie tea and coffee’ meant their confidence and trust grew. Gradually most attendees began to come without their support workers, even meeting each other in town and coming as a group. This was a massive step forward for these vulnerable people.

From the great work of these individuals, we now play mental health football tournaments throughout the country. Their first match was played in front of nine-thousand people at half time at the Swindon v Newport County match.

If I think back to the first few weeks of the group, I would never have thought this would be possible, as their confidence was low. What a great achievement for all. The belief that County in the Community had in these individuals meant that they finally started to believe in themselves! The mental health football group has continued to be an inclusive environment and has now grown to have between 30 and 40 members.

The volunteering I have done in my life has always made me feel rewarded, from Bernardo’s to the present day. That being said, volunteering takes a lot of mental preparation to face the reality of many people’s experiences. This is especially true of an initiative like the mental health football because you are confronted with the struggles and real-life stories of individuals. These are often very difficult to hear. But it is important to listen in a non-judgmental way and to remain consistent in being a supportive, reliable friend.

For example, every Thursday I pick a 27-year-old man up to attend the mental health football group. This involves him in a game he loves, with someone he trusts, whilst also giving his mother a few hours to herself. This is essential for her own wellbeing. We have grown to become great friends.

To go back to our first attendee, Emily, who arrived with no confidence. Emily is now a paid employee of County in the Community and a very good football coach! She’s the star of this video, give it a watch….

The success of the mental health football group is very much down to the inclusivity within the group, which I have already mentioned. We are very proud to say we now have our first trans-gender footballer. They are a very valued member of the team. I cannot wait to see where the initiative will go and it is something that I always intend to be part of, as well as Llamau and other similar charities.

I certainly get as much out of volunteering as the beneficiaries. It has always kept me grounded, and always will…long may it continue!

Social researcher Jess Price and Economic Advisor Jess Jones Have you ever wondered if you could solve the country’s economic problems, or even just understand them? Do you know how impact assessment...

The IPO is looking for a Chief People Officer and it’s an opportunity not to be missed!

The IPO is currently advertising to fill the role of a Chief People Officer. Dominic Houlihan, the current CPO, joins us to answer some questions about the IPO and what you could look forward to if yo...

Pride in the IPO

June is Pride Month. We’ve been speaking to Head of Resourcing Nathalie Tidball, and Inclusion and Diversity Cultural Advisor Nic Smith, to find out what the IPO is doing to make the organisation an i...