Raising Awareness about Invisible Disabilities in the Workplace 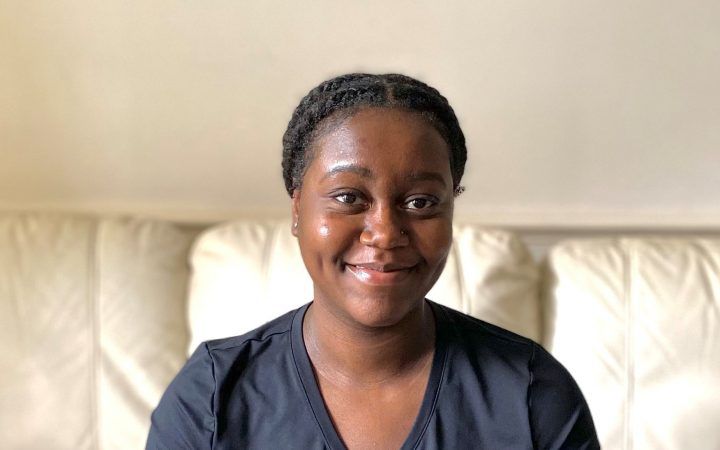 Not only is 30 May known as Multiple Sclerosis (MS) Awareness Day, it’s also the day that I got my own MS diagnosis in 2019, though I only became aware of the coincidence later.

This followed months of unexplained symptoms, starting with a slight blurriness in my right eye the October before. At first, it was like looking through a smeary window but by November, it was much worse.

By the following March, I was struggling with sensitivity to light and experiencing a range of other systems, including weakness in my left leg and arm. Eventually, I received a diagnosis of relapsing remitting Multiple Sclerosis. I was 25.

I felt sad but mostly relieved that I finally had an explanation. The uncertainty had been hard – I’m someone who likes to plan and without a diagnosis I felt I couldn’t be in control of anything.

I joined Colt’s Disability Accessibility Network (DAN) because I want to raise awareness about invisible disabilities in the workplace. You wouldn’t know that I have MS just by looking at me but I struggle with fatigue and things can be tough if I have a relapse. I’m also really glad to see Colt embracing hybrid working, as I think this will help employees like me a lot.

I have learnt more about my symptoms and living with MS from the two main UK charities for people with this condition –  the MS Society and the MS Trust – than from my nurses and doctors. Unfortunately, if your symptoms don’t present in the textbook way, doctors can be dismissive. I found this very frustrating. However, speaking to these charities helped me enormously and I’ve tried to help by sharing my own story via their blogs and on Instagram.

I’d like to continue to help others who may be living with a long term condition or who are supporting someone who is. It can feel lonely to get a diagnosis like this but it needn’t be – there are people who know what you’re going through.

Recite Me: Providing an accessibility tool for our website visitors

According to the World Health Organisation (WHO), more than a billion people (15% of the world’s population) are estimated to live with some form of disability. Little information is available in acce...

When our children were two and three years old, my wife and I decided to take a sabbatical with them and go travelling. We travelled through most of Europe in a motorhome, including Morocco and into t...

I remember in my interview for Colt I was asked who the most influential person in my life is and I said my brother. It must have sounded so cheesy. He’s three years older than me and since the day I...

Over the past few years, neurodiversity has emerged as an important element to consider in inclusion strategies, but what do we mean when we talk about neurodiversity? And how can we cater to ou...