For Neal Mankey, Director of Healthcare Practice at Veredus (part of Capita), being diagnosed with ADHD at age 41 has helped answer a lot of questions about his behaviours, feelings and emotions – and has changed life for the better. 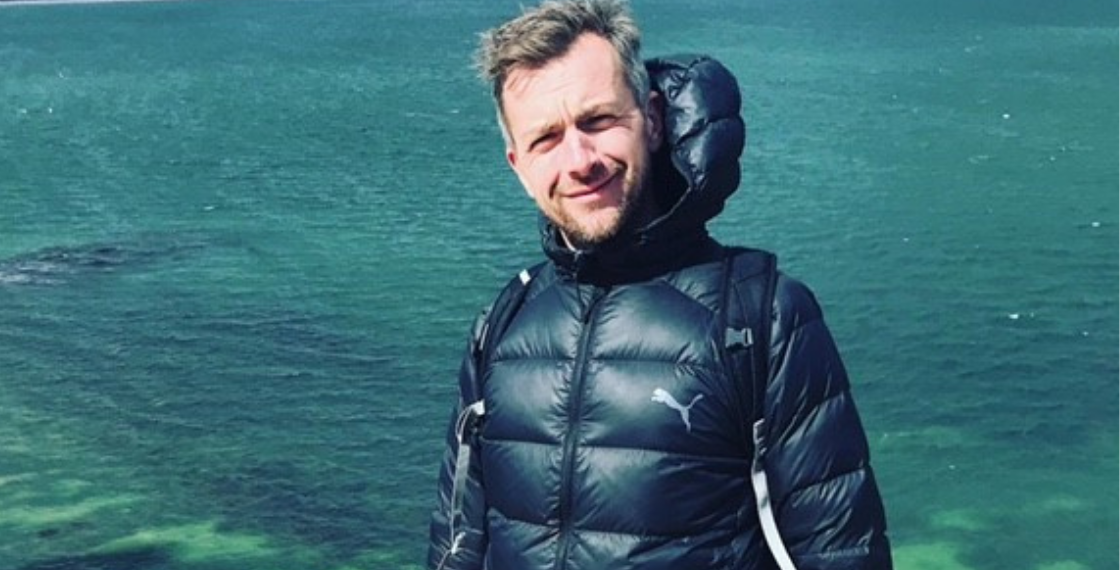 Neal shares his story and reveals why he’s working so hard to raise awareness of this condition that affects 1 in 20 people.

As a kid growing up, I was always the one that would do stupid things if it meant getting a laugh – usually resulting in getting into trouble – the one who couldn’t sit still for a second, always involved in some activity or other to avoid the incessant buzz of my brain. After failing my GCSEs and then being asked to leave college, I drifted in and out of jobs with no real ambition.

In my early thirties I decided to try recruitment and took to it like a fish to water. I’d settled into the new job well, was earning good money and hitting targets, but I put a lot of pressure on myself as a result of the competitive environment. Despite being the third highest biller globally out of 120 consultants, whatever I did, professionally or personally, just didn’t feel good enough; I was never happy or satisfied. I had everything I thought I wanted – house, kids, wonderful partner – but I always felt as though it wasn’t enough, even though I tried so hard to be happy in the present. I changed jobs but that didn’t help and I used drinking as a way to escape the thoughts that I’d go to sleep and wake up with: a constant, overwhelming barrage in my head that I couldn’t seem to control.

A chance that changed a life

In 2016, I ended up going to my GP and started taking medication for my anxiety and depression that had been going on for a while. But it still wasn't answering questions. I didn't know why I was having the thoughts I was having and why I was struggling in certain areas of my life. By chance early last year, I was watching The One Show when they featured a young man, who’d recently been diagnosed with ADHD. He was talking through the symptoms and I was basically ticking every single one and ended up looking at my other half and we both said ‘Yeah, I think that's you in a nutshell’. A trip to my GP revealed that it would be a long and slow process to get diagnosed so I found an ADHD specialist in Harley Street who diagnosed Major Depressive Disorder Co-morbid with ADHD of the combined type.

The relief of a diagnosis was palpable. Finally, I was starting to get some answers which could shed light on some of my past escapades, failed attempts to settle in a job, lack of focus, speaking out of turn, mood swings and quick temper, difficulties in my childhood, my relationship with alcohol and recreational drugs. Knowing why I am the way I am has answered many questions and we’re all still in the process of learning, but the change in me has been quite dramatic. I delayed telling people at work at first; I was afraid that it may be viewed negatively, but that was, again, me thinking the worst and my managing director was in fact incredibly supportive, which was a real boost for my confidence.

Adapting business for a neurodiverse audience

When I first started with Veredus, I’d be going in four days a week and, as it was an open plan office, hot desking. I’d get very anxious before I got to work if I wasn't in before a certain time, because I didn't know where I was going to sit. So as hard as Covid-19 has been on all of us for varying different reasons, for me personally being able to work at home has been really helpful. Moving forward, coming back into a working environment, businesses do need to look at adapting to how they can help the neurodiverse workforce, and just get better at listening to the challenges that people have, whether that be ADHD, autism, dyslexia or dyspraxia.

In terms of adjustments and challenges in the workplace, it’s about working to your strengths and understanding what those are. And ADHD may have its challenges but it does have some strengths too. From a company’s perspective it’s about understanding how a company can recognise and utilise people’s strengths and energies to better impact the business. You're going to be getting more out your employees if they're in an environment which they can thrive in and, in turn, it means your employees will be happier and so will the business. It's a win-win situation.

Since being diagnosed I’ve taken a real interest in getting to understand more about ADHD and how I can help those that are in a position I was in. As a result, I’m working with the charity ADHD UK and this has led to me meeting with a number of businesses to understand how they approach neurodiversity. I’ve also since done presentations to Capita, NHS Digital, Ordnance Survey, BBC, ITV and the UK Civil Service. As a charity, at ADHD UK we’re putting together a pack for businesses and line managers to use which talk you through step by step symptoms and adjustments that can be made. The more we can do that, and not just around ADHD, but around mental health and wellbeing in general, the better.

It's really important that organisations start to educate themselves on ADHD and the effect this has on people, especially within a working environment. A lot more is known about dyslexia and autism yet ADHD affects 1 in 20 people so it’s vital we all start to educate ourselves around this. I was seen as lazy, disruptive and lacking focus in a number of jobs which I now know was down to having ADHD. Since I was diagnosed in 2020, so much has made sense, which has enabled me to thrive more in the workplace as I’ve been able to understand and make adjustments.

Our Army recruitment medical team evaluate candidates’ mental and physical health and fitness to assist them in their journey to joining the British Army. It’s an interesting, challenging and stimulat...