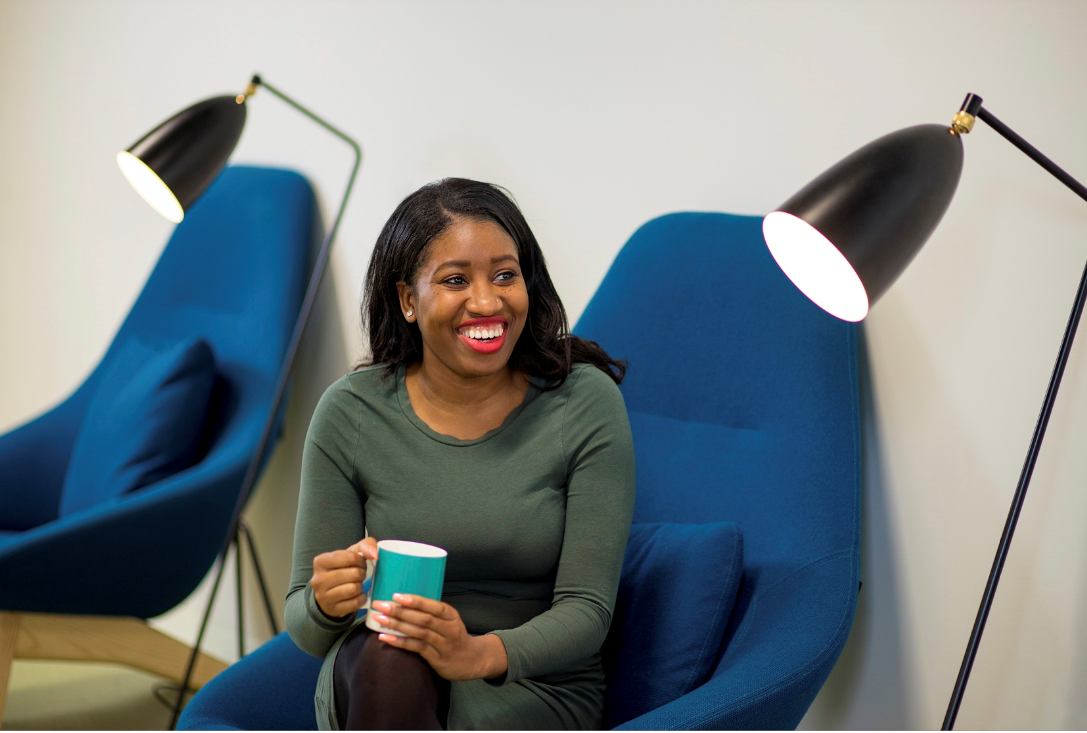 This year’s Black History Month is arguably one that has attracted the most attention, as it comes in the wake of the Black Lives Matter movement which has engulfed the world.

What followed were not just questions about global anti-black racism, but also how the further implications of systemic racism embed itself among the everyday working lives of millions of Black people.

For Chevonne Miller, a VAT Specialist at HMRC, she considers herself one of the many Black employees throughout the UK who want to see the spotlight shone further on racial equality this Black History Month.

“This month celebrates and highlights the struggles for freedom and equality,” she said.

“Growing up I was always told that this is our time to be recognised and to educate myself and others of my history.

“But I always felt it was just for a limited time in that once a year period, but I feel this is something that should be celebrated seriously throughout the year.”

Her sentiments are echoed by those within the Black community and feels that the UK curriculum is a starting point for many yet consists of “numerous gaps” and fails to highlight Black people’s major contribution to history as a whole.

Chevonne described this as a pertinent time for us all, where real education can go beyond reciting specific past events in Black history and instead reach a heightened level of knowledge for people.

The 29-year-old believes that this falls heavily in our day-to-day work culture and enviroment.

“I would say not just to be an inclusive employer, but to celebrate and acknowledge diversity,” she said. “To be an integrated employer is important - an employer that meets the quality and compliance of everyone in the building right to the top of the organisation.”

As part of the integration process, Chevonne thinks that role models and coaches play a vital component to encourage, and to promote diversity as a means of dismantling perpetuated stereotypes.

Differences are “enriching,” and she calls for further focus not just on company strategies, but the aftermath of such where analysis goes beyond the numbers, and straight to the people it affects.

Following the incredible surge of the Black Lives Matter movement and protests which surged globally, Chevonne credited this moment in our history as the “drive forward for change.”

“It’s highlighted so many things even for employers and everyone around the U.K.,” she said. “Around the world, they’re looking at their policies and their ethics.

“Companies are reviewing their practices and realising they don’t have enough BAME people working for them – it’s done so much.

“If we make it a culture where everyone has the confidence to talk and challenge behaviour, that way we would be able to understand the root cause of the problem and see lasting change.”

As someone who is of Jamaican descent, she remains hopeful that as part of this new-found change, it will continue to diversify a history that has been “lost in translation” through the generations.

She conceded that the American Civil Rights struggle that continues to represent us even in the UK and thinks that more onus needs to be placed on key Black British figures on our very own shores.

She still considers the African American mathematician Kathrine Johnson, one of the first Black women to work for NASA and was instrumental in the Apollo 11 and 13 missions, as an inspiration to her.

Yet, also recalls the accomplishments of Trinidadian born journalist Sir Trevor McDonald, who was ITN’s first Black reporter as one of her Black British role models, who continue to make her proud as a Black woman working in the UK today.

For Chevonne, as she counts her fourth year working at one of the UK’s biggest government departments, she is proud to know that her work culture is part of the change and continues to advocate for “diversity and inclusion” throughout.

There are educational and cultural events such as language classes, history quizzes and even headscarf tutorials planned for this year’s month-long commemoration of Black history.

She said, “I’m very fortune to be on a diverse team, it’s made up of everyone from different backgrounds.

“I would say I think I'm quite proud to work where I do, but I also have the support around me to be proud.”

It’s a feeling that Chevonne hopes more Black employees will begin to experience as well.

“It's something I always say to employers,” she recalls. “We can't change what's already happened, but we can definitely change what we do in the present.”

When Tarveen Singh arrived in Britain it was 1988, in the midst of a decade that was gripped by racial discourse. From early on, she saw how arriving as an Indian immigrant to the UK and beginning wo...

An interview with Ally Inglis, Tax Specialist Programme (TSP) support in CCG Bristol: Mental Health and Wellbeing in the time of COVID 19

An interview with Ally Inglis, Tax Specialist Programme (TSP) support in CCG Bristol: Mental Health and Wellbeing in the time of COVID 19 All of our lives have changed considerably as a result of the...

Returning to work following health-based leave can be daunting. Some conditions and disabilities are more visible others may be hidden. What kind of support is available in these circumstances? Som...

I work on the diverted profits team we deal with some of the biggest corporations in the world. We try to prevent the diversion of profits into low tax territories which should be taxed in the UK....