History of Pride and the Flag

Early on the morning of Saturday, 28 June 1969, lesbian, gay, bisexual, and transgender persons rioted following a police raid on the Stonewall Inn, a gay bar at 43 Christopher Street in Greenwich Village, Manhattan, New York City. This riot and further protests and the following nights were the watershed moment in the modern LGBTQ+ rights movement and the impetus for organizing pride marches on a much larger scale.

On the first anniversary of the Stonewall riots the first Gay Pride march in history took place in New York covering 51 blocks to Central Park. The march took less than half the scheduled time due to excitement, but also due to wariness about walking through the city with gay banners and signs. Although the parade permit was delivered only two hours before the start of the march, the marchers encountered little resistance from onlookers and created some positive media coverage for the cause.

The first Pride in the UK took place in London in July 1972 where around 2000 LGBTQ+ people marched through the streets to mark the anniversary of Stonewall.

History and Evolution of the Rainbow Flag

In 1978, artist Gilbert Baker, an openly gay man and drag queen, designed the first rainbow flag. Baker revealed he was urged by Harvey Milk, one of the first openly gay elected officials in the U.S., to create a symbol of pride for the gay community. Baker explained the philosophy was to come out, to be visible, to get out of the lie and live in truth, and felt that the rainbow flag symbolised visibility. Each of the eight colour stripes had a meaning. Baker and a team of volunteers had made the flags by hand but wanted to produce the flag for mass consumption. Due to production issues, the pink and turquoise stripes were removed, and indigo was replaced by blue, resulting in the six-striped flag we see today. 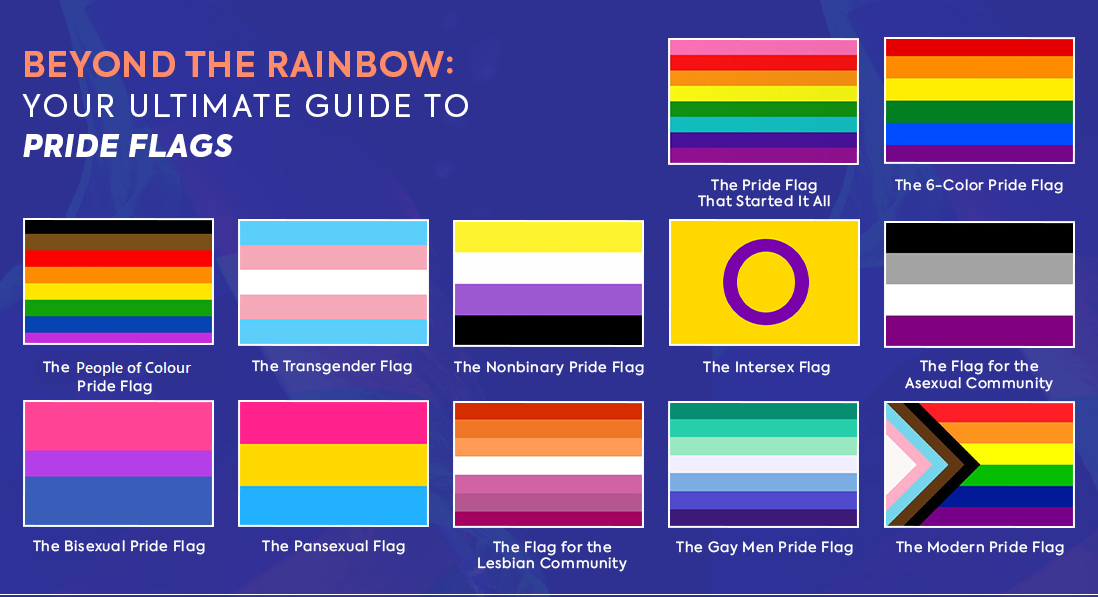 Throughout history, different variations of the rainbow flag have been used as a symbol for many causes separate to LGBTQ+ issues. This includes Buddhism, The International Co-operative Alliance, The Peace Movement and recently, the UK National Health Service.

Timeline of Significant events in the UK

1967 - Sex between two men over the age of 21 and "in private" is decriminalised. The police still sought to criminalise public displays of consensual homosexual activity through the offence of "gross indecency”. This covered sex involving more than two men. Hotels were counted as public and so men could be prosecuted for having group sex in private.

1988 - A law called Section 28 was introduced which meant that teachers were not allowed to 'promote' gay relationships in schools. This was overturned in 2003.

2000 - The ban on gay and bisexual people serving in the armed forces is lifted; the age of consent is equalised for same- and opposite-sex partners at 16.

2002 - Same-sex couples are given equal rights for adoption.

2003 - Gross indecency is removed as an offence.

2007 - Discrimination on the basis of sexual orientation is banned.

2010 - Gender reassignment is added as a protected characteristic under the Equality Act.

LGBTQ+ People Who Changed the World

Can you identify these famous individuals who are part of LGBTQ+ history and culture?

When Gilbert Baker designed the rainbow flag in 1978 in San Francisco he didn’t trademark it because he wanted everyone to be able to use it. Since then, the flag has played an important role in...