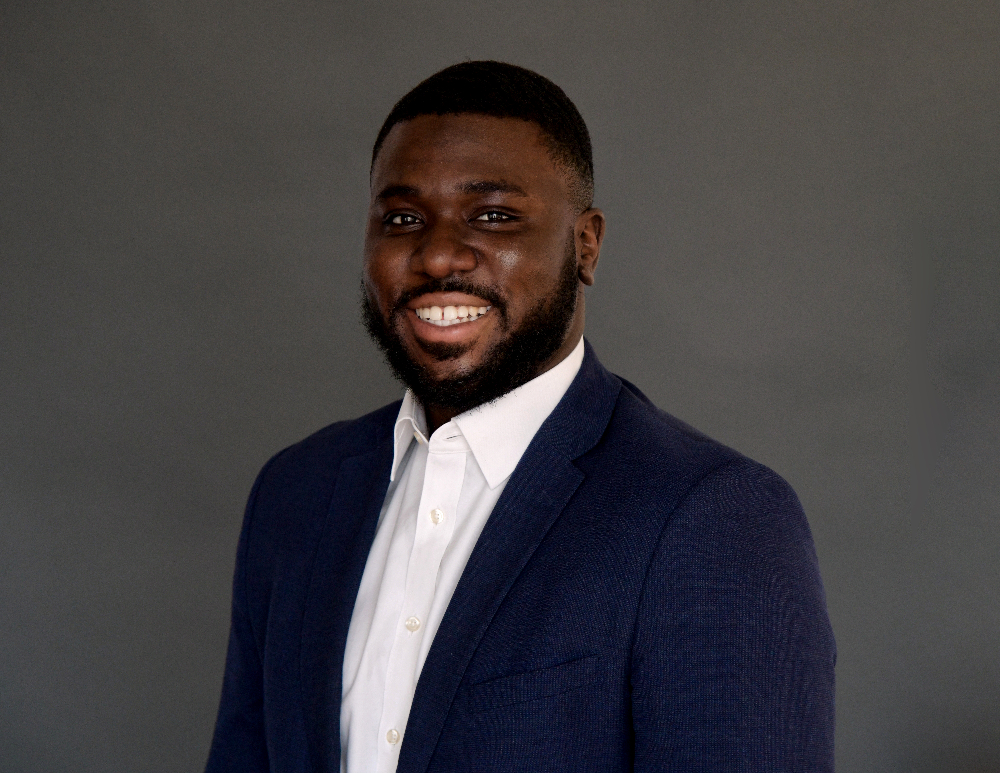 Hello, my name is Kwaku Aning. I'm a Director in the Technology, Media and Telecoms (TMT) team, and I've been at FTI Consulting for five years. I'm currently co-chairing the FTI BAME Network. 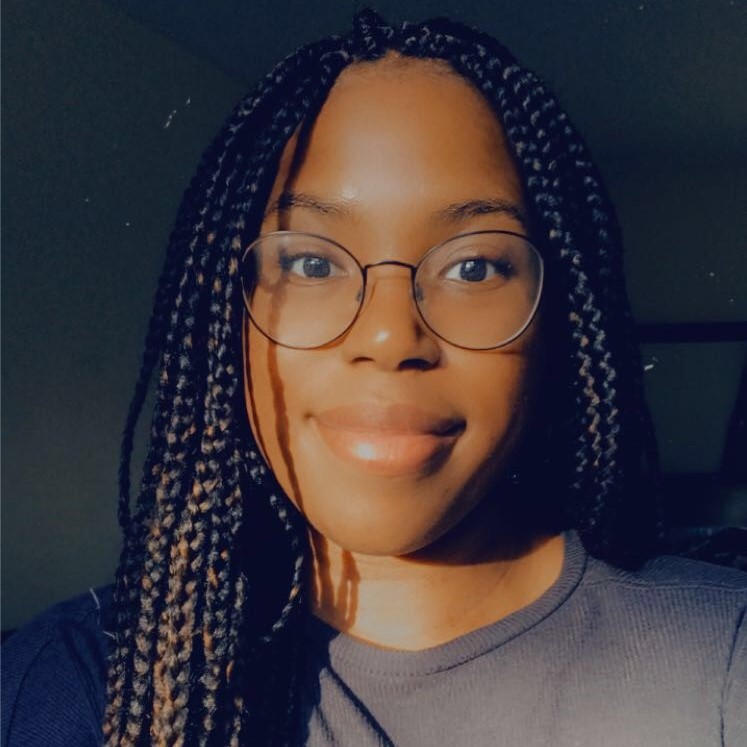 Hi, I'm Patrice, I work within the Financials team in the Strategic Communication segment of FTI Consulting. I joined the firm last year and I am currently on the BAME Network Committee as one of the Events and Awareness officers.

Kwaku: In 2017 when the network started, we were only 5 or 6 people in a room, whereas now we have a committee of 10 employees from across FTI Consulting and over 70 members. It's been great to witness the growth of the network. It has really gone from strength to strength.

We work closely with HR to try and foster a diverse working culture, focusing not only on the recruitment process but also on retention. We speak to our D&I leaders and Heads of different segments to share qualitative data in this respect and discuss the roles of different mentors/coaches in enhancing inclusivity. We’ve also worked with the business to drive EMEA wide initiatives and training sessions on issues such as microaggressions.

Initially, the network was mainly about creating an internal safe space; it was inward-looking, focusing on improving the confidence of our members to speak up, be seen and be heard. However, over the past years, the network became more outwardly focused with events engaging the whole firm. We're bringing allies along with us on this journey, whilst also collaborating with different networks. 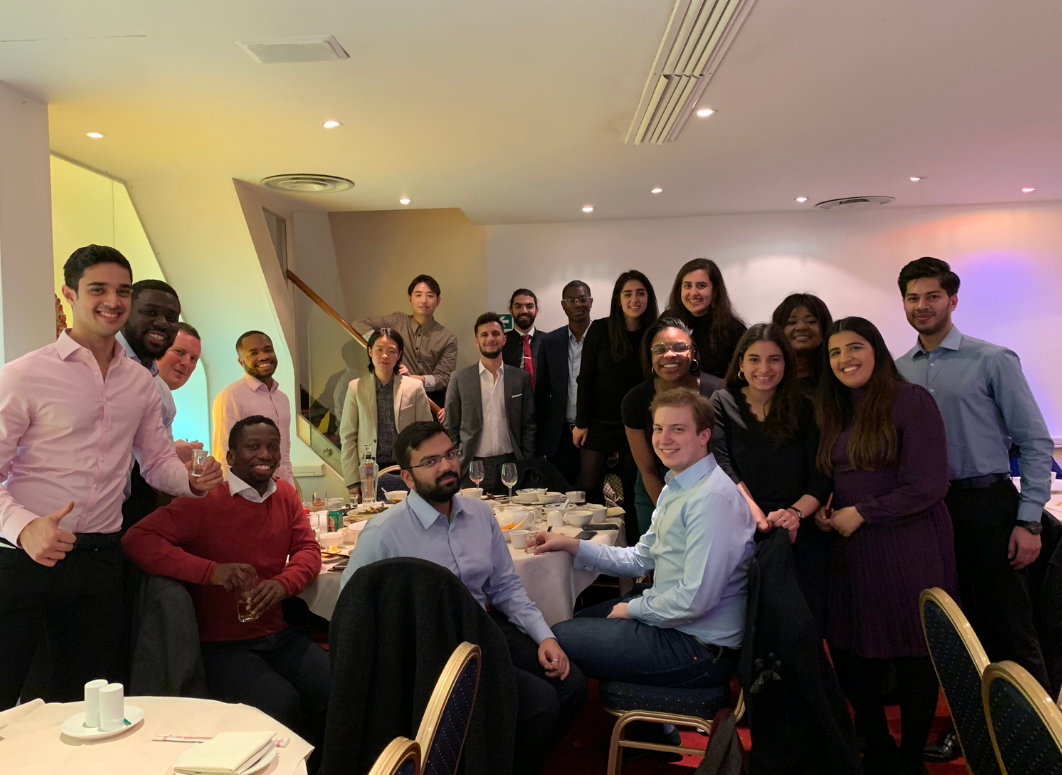 Patrice: We are making sure to engage in frequent cross-segment activities to encourage this collaboration. The great thing about allyship is that anyone can become an ally. You don't need to be of a certain creed or gender. We are hoping to move away from passive allyship to allyship that leads and encourages an active movement for positive change.

Kwaku: We collaborate with other networks within FTI Consulting, like LGBTQ+, Mental Health Awareness and our Women’s Network to cover all possible intersectionalities. It's not good enough to say we care about these things; we actively seek to be a part of these movements. Some people fit into more than one group so we must ensure that everybody feels included and feels comfortable in different spaces.

Pre-COVID, we used to hold annual private movie screenings with the LGBTQ+ Network. At our first screening, we screened Moonlight, and it was an incredibly successful event. We've also had discussions with the Women’s Network where Asian or Black women would be able to speak about gender equality. This collaboration is definitely something that we look to do as much as possible. 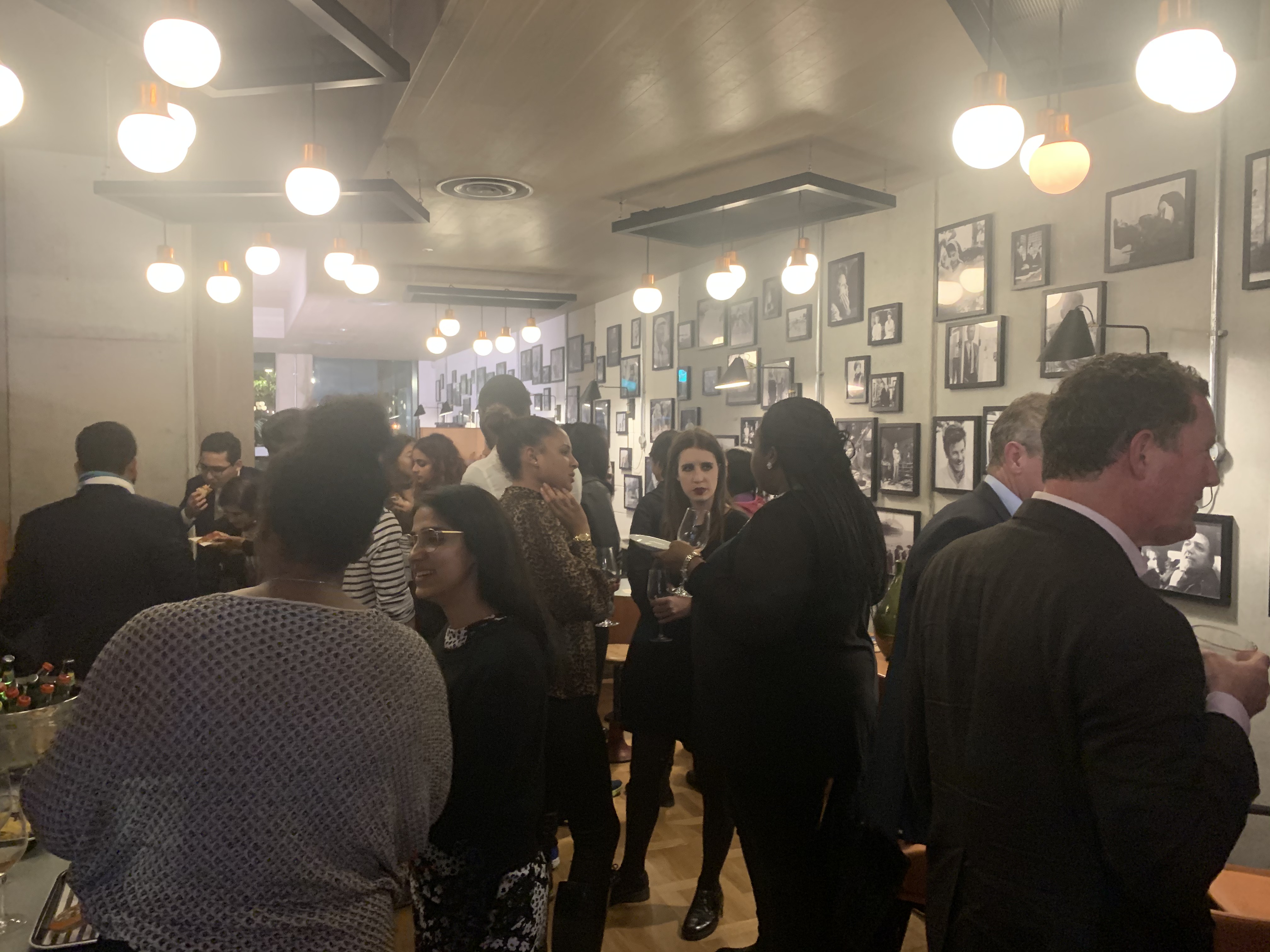 Patrice: One of our key focuses at the moment is rebranding. As a committee, we have a desire to move away from the term BAME as a descriptor, which I'm sure quite a lot of networks in different organisations are doing as well. I think we need to find something that's a bit more meaningful. We are also looking forward to working with other firms to collaborate with their ethnicity networks.

Kwaku: The growth we've had in the last five years has been pretty astounding, so it’s important we don't lose that momentum. One thing we pushed for in the last couple of years was getting ahead in D&I and to address the gender pay gap which became quite a prominent thing.  We have an aspiration that our firm is one of the professional service leaders in the UK, publishing an ethnicity pay gap report before it becomes legislation.

Patrice: It's been really great to see how we foster the community through supporting each other. I think that's something that we shouldn't take for granted, especially during the pandemic. We've been able to keep connected through a variety of events and initiatives, organising social events like the Dumpling Masterclass to celebrate Lunar New Year and the Bollywood Dance Class to celebrate the South Asian Heritage Month. Those gatherings really do boost morale, even if only virtual. It's been such an insightful honour to celebrate other people's cultures and heritage.

Kwaku: Fostering that kind of community has been wonderful to see. Thinking back about the beginnings and witnessing the growth as we've now reached over 70 people, I think the main thing for me has been ensuring that we've created a culture at FTI Consulting where more people who might not look like the average person working in the City, is now more likely to feel part of the community and culture.

To celebrate Lunar New Year, we held an internal networking event in Chinatown, where we had a traditional Asian dinner. The next day, I got an email from a junior colleague saying, “Thanks so much for throwing this event because when I joined FTI Consulting, I never would have expected them to have done anything like this.” That was really touching, that’s why we're here. We're not doing this for ourselves, it's not part of our day job, but we're doing it for everyone else to build a culture that we can be proud of. It is about ensuring that we can bring our true selves to work.

Support during the pandemic

During the pandemic, we reached out to members to make sure they knew we were there for them. FTI Consulting has an external mental health service and we made sure that employees were made aware of those resources. We also held virtual lunches because we knew some of our members were living by themselves so that was quite a nice check-in point.

Last year, we announced our Ramadan guidelines for the first time. This was important since we are all working behind screens and some of us just didn’t know what was going on if a colleague was fasting or had to go to prayer. We also invited a doctor to speak about how to protect our physical and mental health during the pandemic. This was vital as we were working longer hours and some of us didn't have the best setups at home. Some people were working on beds or sitting on dining room chairs which may harm their posture. To keep things a bit light-hearted and fun, we had online quiz nights. It’s been great to see how we were able to connect colleagues from different segments through the network during this challenging time. 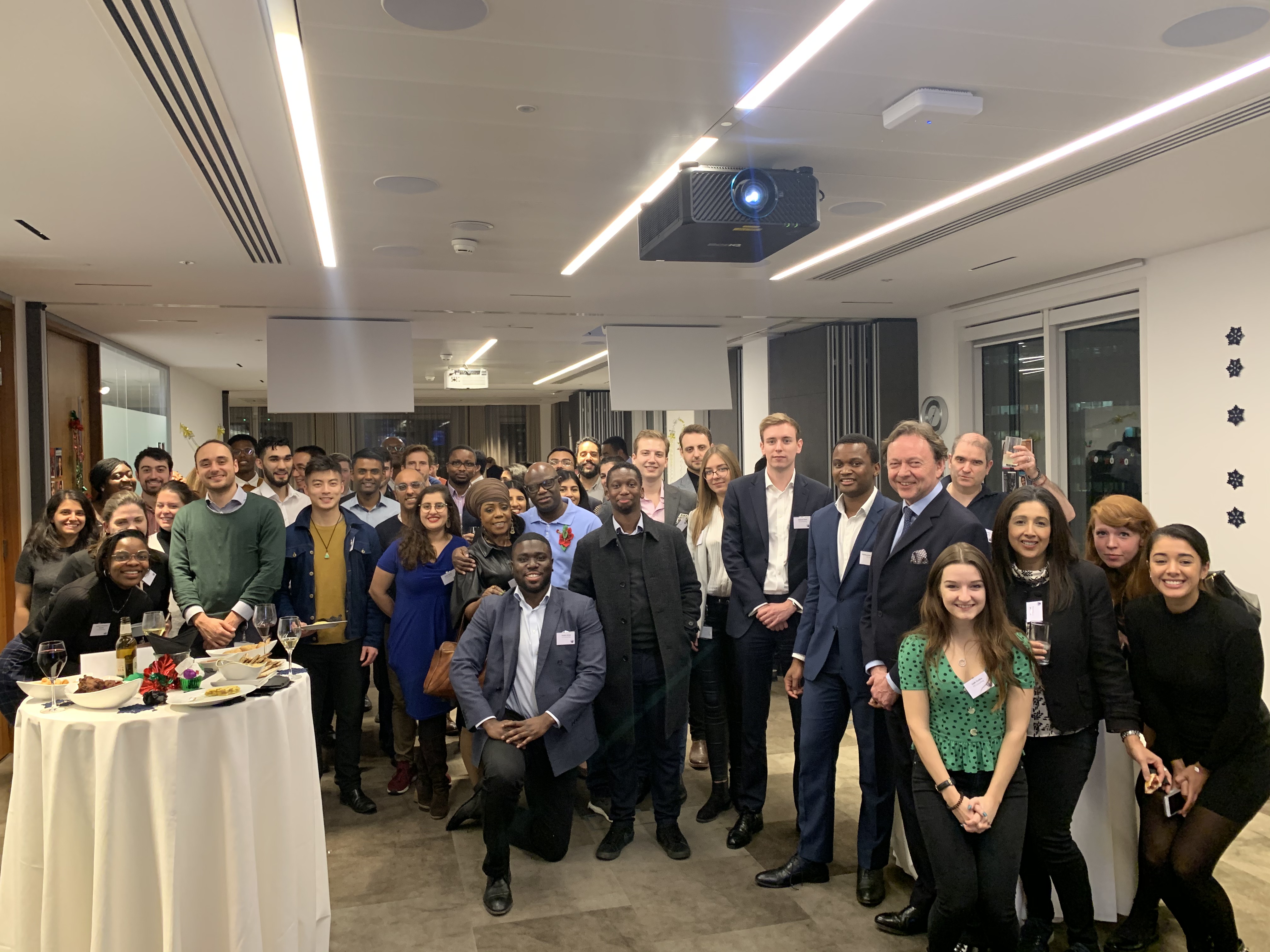 Kwaku: We really want to continue helping with recruitment, going to universities or even colleges and educating people about the career possibilities out there. When I was at university, I had no idea about public relations or comms. I think that's one of the issues with setting career aspirations. You may not know something is a possible career choice because no one in your family or immediate circle has experienced it themselves. That’s why our presence at the Black Young Professionals Conference is so important and shows the ambition of FTI Consulting to improve on its diversity agenda.

Patrice: I actually joined FTI Consulting through the Taylor Bennett Foundation graduate training programme. It's a really great scheme and we continue to work with them to provide an intensive 10-week programme that gives a full idea about the business. Trainees get a lot of insight into career possibilities within the different teams of FTI Consulting’s Strategic Communications segment. I personally found the programme extremely useful.

As a network, we are always looking for opportunities to give back to the community. Our other partnerships include the Chatterbox for supporting refugees through language learning, and the You Make It programme for young women seeking to build their work skills. We were able to offer them workshops on networking and CV writing as well as future career advice.

FTI Consulting is supporting the 10,000 Black Interns Programme aimed at transforming the prospects of young black people in the UK by offering work experience across a wide range of industries. We are also excited to be taking part in The Future Leaders Forum, a programme helping young people starting to think about a career. That's an FTI Consulting initiative that the network is going to be involved in. There are lots of CSR projects going on. We've probably only touched the tip of the iceberg. 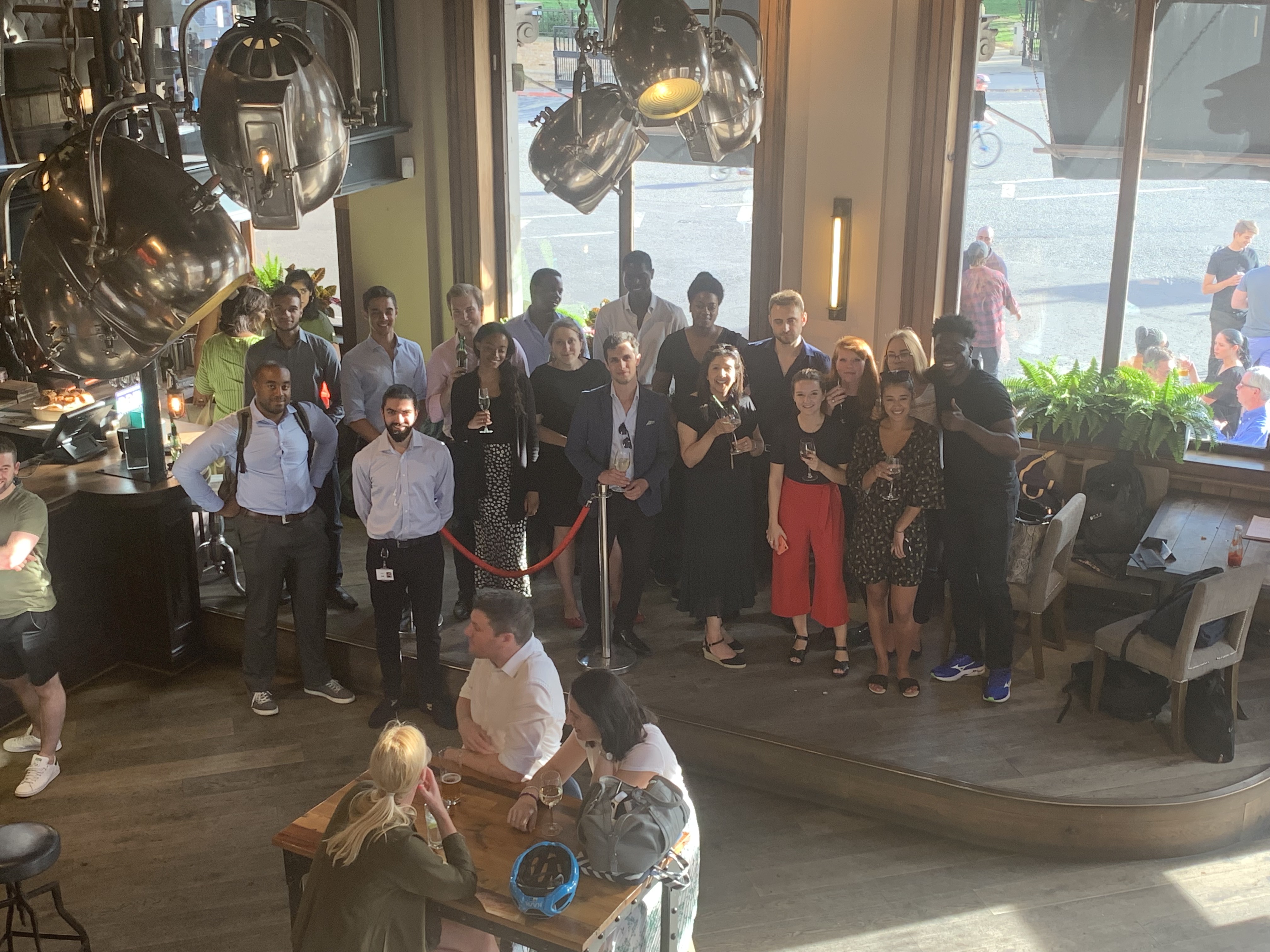 Patrice: This year's theme is ‘Proud to Be’ and we're keen to incorporate that theme into the mindset of everything that we do as a network. We're sponsoring the BYP Leadership Conference that's taking place on the 28th and the 29th of October. We also have speakers who will be coming to share their experiences in career and life and we're hoping that this will attract colleagues from outside the network.

Kwaku: Our speaker series is all about knowledge sharing and education. This year, we're inviting British journalist and new Mastermind host Clive Myrie. He was born in the UK and both his parents were immigrants, so it'll be interesting to hear what life was like for him growing up in the 70s in the UK, and also how he has seen the D&I conversation shift since that time.

Our last speaker event featured Sanjay Bhandari, Chairman of Kick It Out. It was incredibly timely, coming just after the defeat in the Euros and the sad incidents of racial abuse. Similarly, our talk for Black History Month 2020 with David Olusoga came at such a pivotal year. We spoke about the importance of having open conversations and debates. I hope we can continue to provide that safe space to keep the dialogue alive, contributing to shaping a more inclusive culture in the future.