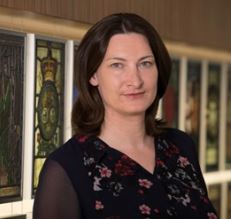 Well, while Dolly Parton may have had good reason to bemoan the sexist attitudes and general harassment in her 1980s office, most people working with the media would envy her the hours. The media is 24/7 if you’re employed by it and if you work in a role which deals with the media, that can leave you open to similar hours.

I spent ten years as a radio journalist which involved months on end of starting work at 5am and, when I hit “the big time”, the joy of sometimes working 12 hour shifts. Overnight. At the weekend.

When the time came to grow up and get a proper job, better hours were a big driver but that came with a concern. Jobs which only fitted within regular office hours, where nothing was likely to crop up unexpectedly, sounded pretty dull. I loved a variety of issues and the excitement of a breaking story. The challenge was to find that within a media relations role and, fast-forward another ten years, within a role that also allowed the sort of work-life balance which is even more important when you’re a parent.

It turns out the solution lay at the Association of British Insurers. While I am now in the process of moving on from my latest role within the ABI, it has been a great opportunity to deal with some major issues, get stuck into some creative campaigning but also to keep my work inside agreed hours - most of the time. Even better, it’s an opportunity now accepting applications!

I’m not going to pretend it’s completely 9 to 5 and nothing ever interferes. There are times when a Today programme appearance still needs sorting out overnight, and the FCA is rather fond of doing major announcements at 7am because of the market sensitivity of much of their work. Flexibility on these occasions is important and I’ve benefited considerably from a supportive husband who views parenting as a genuinely joint project, meaning we take it in turns to deal with sickness and school events.

Insurance issues do crop up outside of regular hours and this post is one of those which covers the on-call rota for the press team so there have been times when bank holidays and evenings have had to be put on hold – the New Year car park fire in Liverpool and Christmas drones over Gatwick are two obvious examples. Modern technology and an organisational attitude to keeping additional work to a minimum has helped keep those under control. Work can easily be done at home and wider colleagues are good at offering timely support. If I sometimes find myself appearing on a BBC local radio station during the breakfast show it at least doesn’t matter what I’m wearing or where I am – the joy of radio.

When my son started school, arranging childcare became more complicated rather than less. Having chosen to work full-time when I joined the ABI it was a massive relief that the organisation was open to me changing my hours. For the past 18 months I’ve done a four-and-a-half-day week, with my half day spent at home. That’s given me one day a week when I can do both school drop-off and pick-up with my son but still fulfil my senior job role. Alex is a big fan of his weekly “mummy day” and I get to spend more time with him one-on-one, going to the park after school and taking him to swimming lessons. The joys of modern technology have meant I can make excellent use of my commute at the start and end of the day, and it’s very helpful to be able to simply move your “office” from desk to train when you need to get home and relieve the nanny by a particular time.

The ABI is also a major advocate of gender equality in the workplace, ensuring it walks the walk on some of the issues which the insurance industry itself is grappling with as it tries to become less male dominated, particularly at senior levels. This means family life is valued whether you’re male or female, and it’s been really encouraging to see male colleagues taking extended paternity leave and DG Huw Evans setting a great example by ensuring he can attend some of his children’s school events, for example.

It’s all helped remind me that being a mum doesn’t need to stop me progressing my career, or from dealing with high-profile, unpredictable issues. Indeed I am now moving on to a more senior position at another organisation, which maybe looks ungrateful, but I think Dolly and co would approve*.

*no senior executives were taken prisoner in the course of this career.

We can build back better by making flexible work

Another year rolls by and what a year it has been. In the run up to International Women’s Day, several reports have been published that shine a light on some of the challenges faced by working women...

Working Families mission is to remove the barriers that people with caring responsibilities face in the workplace. As part of that mission, we work with employers (including ABI members) to suppo...

The ABI launched its internal Inclusion Strategy in 2018 and updated it further in 2020. Our internal inclusion strategy sets out our ambition to be a workplace that attracts, nurtures and retains a...

Raising a workplace that demonstrates inclusivity, diversity and equitability

Ahead of our upcoming Diversity Summit, Mel Newton of our event partner KPMG, has outlined how KPMG have worked to ensure their workforce in the UK is as diverse and inclusive as possible, and outli...