Faith and Race Inclusion at BEIS

For our Diversity Stories this month, we have spoked to Sharon Lo, Head of Long Term International Climate Strategy in the Department of Business Energy and Industrial Strategy (BEIS) and Co-Chair of the Faith and Minority Ethnic Network (FAME). 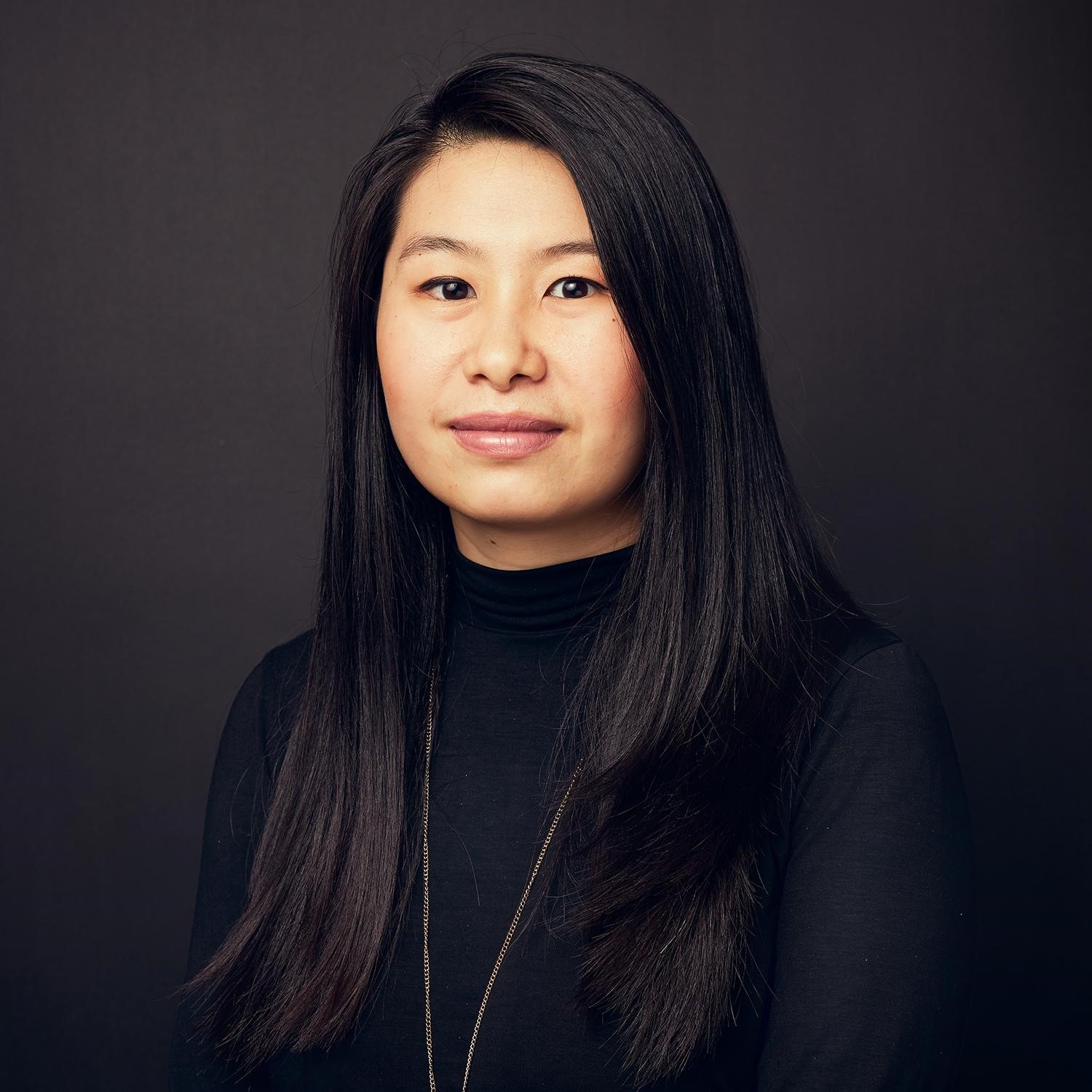 Sharon originally trained in international relations and public health, and had previously worked in academia and disaster risk reduction. On the reasons she chose a civil service role, she says:

“I've worked across NGOs and academia, but it sometimes felt like effecting change can be slow and limited in scope. Government’s role is to develop policies to address the critical challenges of our day – which means that the impact you can make through a particular policy could stretch from local to national and international levels. It was that kind of influence to improve the lives of people across the country that inspired me to join.” 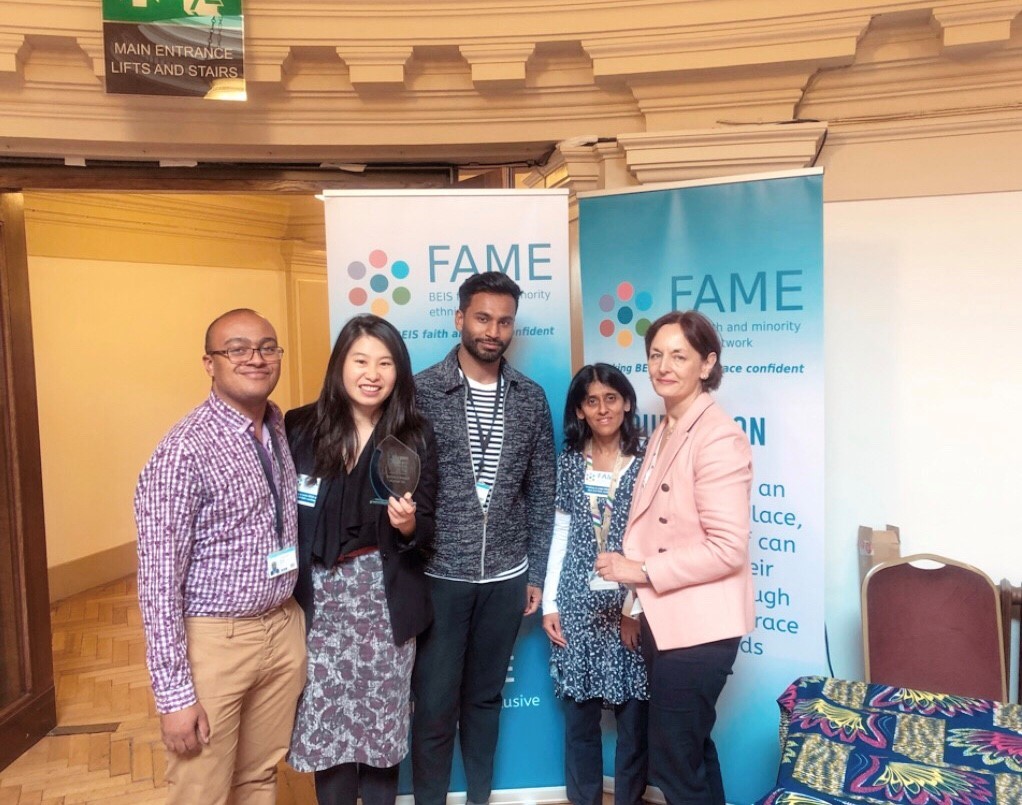 FAME was born when the two previous departments forming BEIS moved together in 2016, the Department for Business, Industry and skills, and the Department for Energy and Climate Change, with three staff networks choosing to merge together as well. When asked why the network takes a dual race and faith focus, Sharon noted: “although faith and race have their separate issues, there's an intersectionality of people's experiences. For instance, racism and Islamophobia can come together which kind of amplifies someone's lived experience in the workplace. In that way, the network is able to tackle some of the shared inequalities which may exist in a two pronged approach.”

FAME’s mission is to build race and faith confidence in BEIS through three primary avenues: 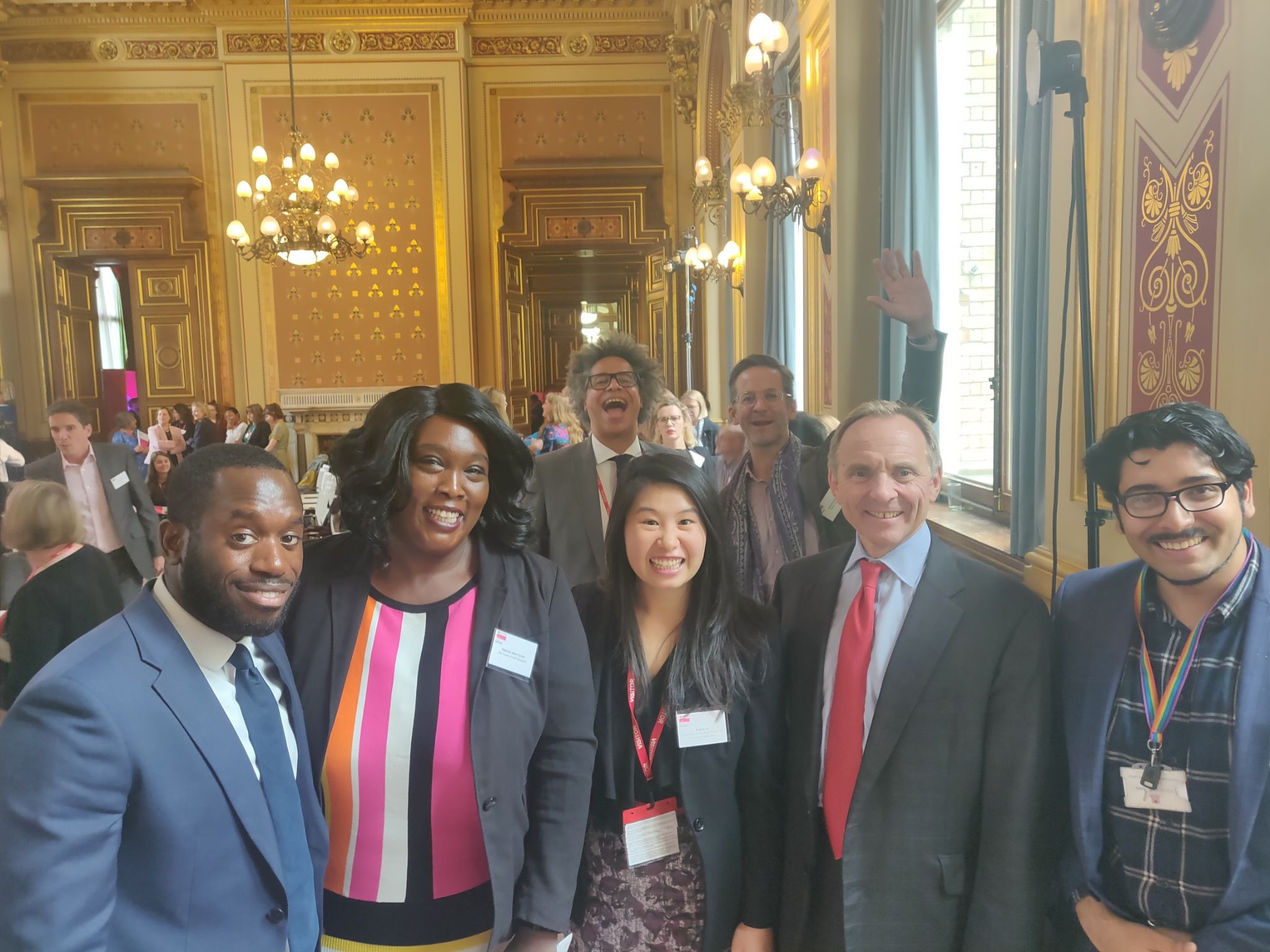 Since 2016, FAME has grown to the largest staff network based at BEIS, with over 1350 members. Describing this positive impact Sharon says, “Things are slowly beginning to shift. As a result of some of the concerns that we've highlighted with our senior leaders, we've been able to make tangible differences. Two years ago, the department didn't have any black senior civil servants, but as a result of raising awareness about this and working with HR to develop solutions, we now have eight black senior colleagues. It was particularly groundbreaking to co-develop and co-launch our department’s first Race Action Plan last year, the first strategy to set out a range of comprehensive and wide-ranging actions to tackle race inequalities in our department at the time.”

On an individual level, FAME members have also experienced the positive vibes. Sharon comments, “I guess many people feel like FAME provides a community for them. They're able to meet people, make friends and understand different perspectives as they connect with colleagues; we make it a point to celebrate key milestones across different faith calendars. The network also provides Safe Space sessions, particularly given the distressing events that have happened over the past couple of years, like the shooting of George Floyd. So we provide these spaces for people to come together, support each other and signpost initiatives.”

Sharon believes that although George Ford's death sparked a kind of global outcry, ultimately, it mirrored some of the lived experiences that her colleagues had experienced in the UK.

“It wasn't purely an American thing. We had to soul search and look at how racism was manifesting itself, not just in the UK but also potentially in our department, and to really sit up and listen when our black colleagues were highlighting instances where they had experienced discrimination. We had already been working with HR to consult and develop our Race Action Plan, but I think that some of these discussions helped colleagues to understand each others’ experiences, and enabled us to tailor the action plan to be as strategic and impactful as it could be.”

Although FAME started with a small group, it has evolved through building a full structure, setting up working groups for people from different backgrounds, like the African-Caribbean Working Group and the recently launched East and Southeast Asian Working Group to support colleagues who have experienced anti-Asian racism due to COVID-19. There is also a BAME Women Working Group, which is co-run with the BEIS Women Empowered Network, addressing the intersectionality between gender and race.

Sharon shared with us how their work at FAME has been recognised and rewarded: “We've won a number of awards. We won the Inclusive Award for the BEIS Values Awards in our department and our Co-Chair, Justin Placide, won the Unsung Hero Awards. We've also been shortlisted for the Civil Service Diversity and Inclusion Awards which was quite exciting. All this shows how we've transformed as a network and the widespread impact we’ve had. We've done a lot to build our strategy and make sure we're actually understanding the challenges experienced by colleagues and providing long term solutions instead of just focusing on short-term initiatives like events.” 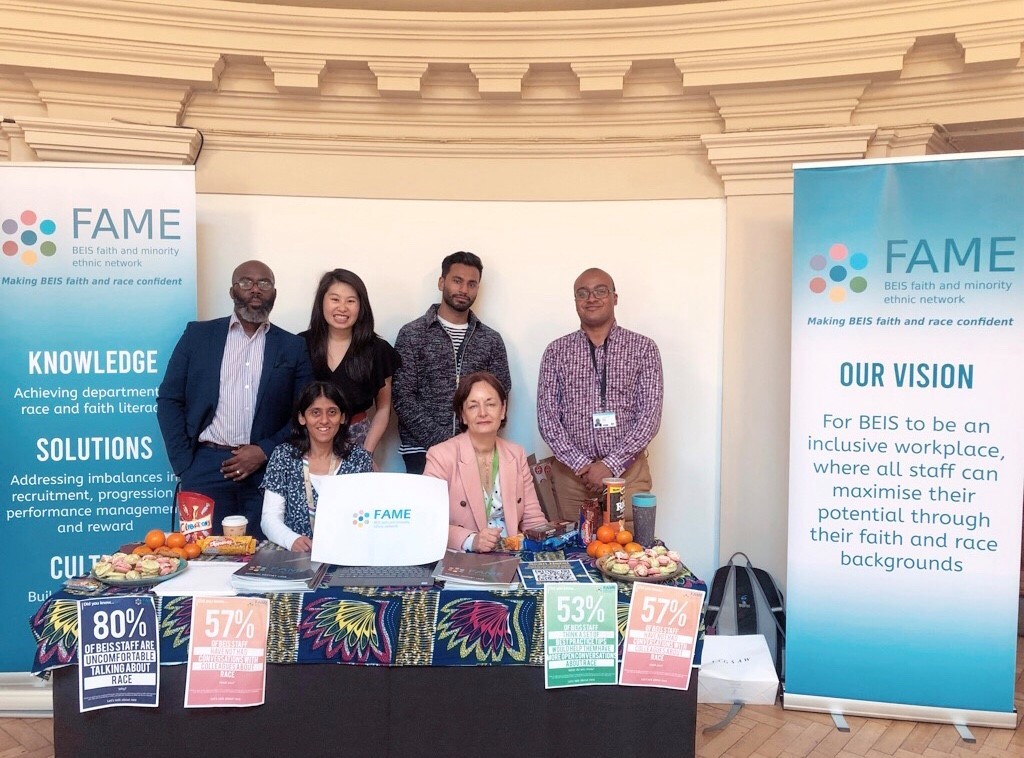 “Volunteers become committee members and committee members become co-chairs. I personally will be stepping down at the end of this year. I've been in this role for three years now, so it's time for me to move on. Making sure that we have people who are committed and who can help keep the vision alive is really important.”

Sharon believes there is more work to be done to support the government's local strategy to promote jobs within the ethnic minority communities in local areas. There's also work to be done to support colleagues transitioning back to office environments. “I think we've been used to working from home and for some it's causing anxiety, particularly if they still feel at risk from COVID. The change can be difficult.” 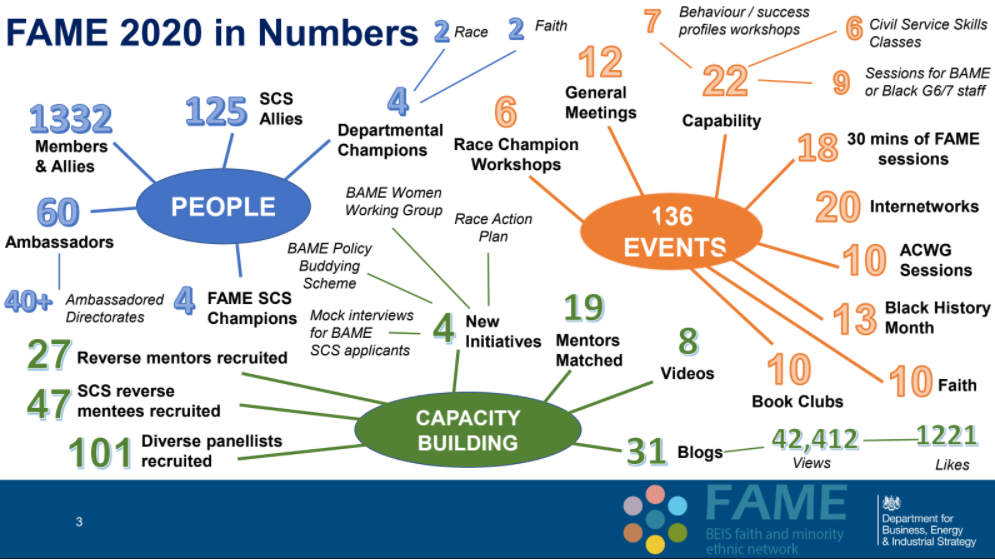 Sharon highly encourages people to consider applying for a job at BEIS and in the Civil Service and has some valuable advice which she shares here with us:

“Firstly, understand the requirements of the role after reading the job application carefully. Don't just use the same cover letters you used for other applications. Do take the time to tailor it. Secondly, on the Civil Service Careers Website you can find really practical information and resources to support your application process. Do follow the STAR (Situation, Task, Action, Result) format to craft your 250 word behaviours, and make sure you're being very specific in your examples. And finally, just be yourself at interviews. The more relaxed you are the better it goes. Take a deep breath before you launch into your answers, have a glass of water nearby, think of positives and I think who you are will shine through to the panel, so don't get too nervous or stressed about it.”

Olaide Olumide, Head of International Projects, Vaccines Taskforce at BEIS My name is Olaide Olumide and I've been in the Civil Service for six years now. I started my career in what is now MHCLG and...