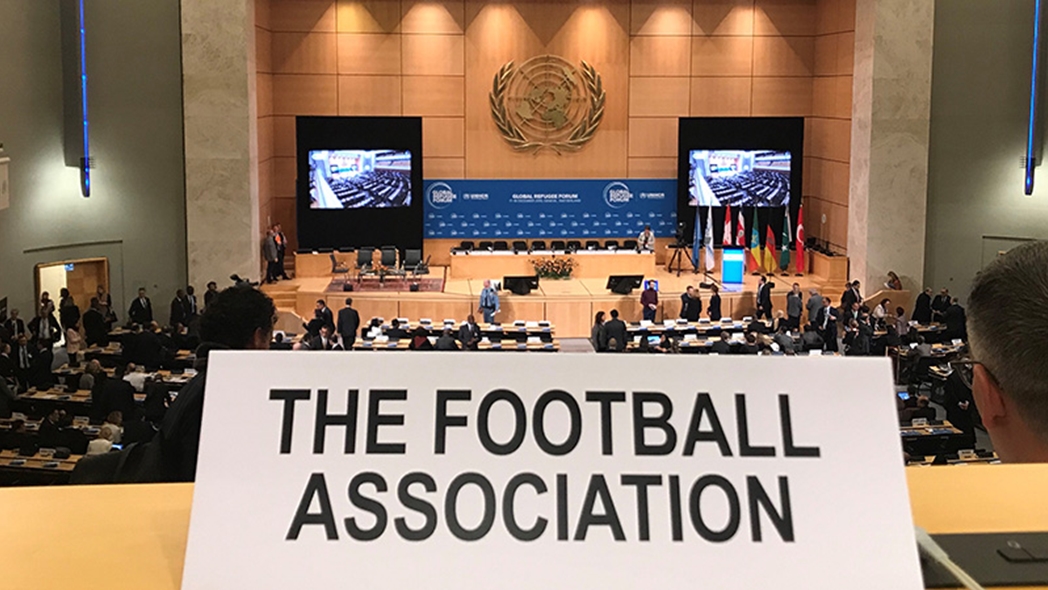 The FA were honoured to be in attendance at the United Nations' Global Refugee Forum in Geneva this week, as we kick-off a three-year plan to make football more inclusive for refugees and use the game to integrate them into their communities.

Organised by the UNHCR (UN Refugee Agency) and taking place over three days, it was the first forum of its type at the end of a decade when the number of refugees numbers 25 million worldwide.

Over 2000 people attended the forum, representing over 100 nation states and 1000 non-governmental organisations, including 100 international sports bodies, between Monday and Wednesday.

And the forum saw speakers and attendees discuss and pledge how they will support refugees over the next three years via the principle of international responsibility-sharing with the illustration of impactful pledges and contributions and the sharing of good practices.

As one of 70 sports organisations represented, alongside the likes of the International Olympic Committee, the Irish and Scottish FAs and AC Milan and Juventus, we aim to make football in England more inclusive of refugees and to use football to help them integrate into their local communities. 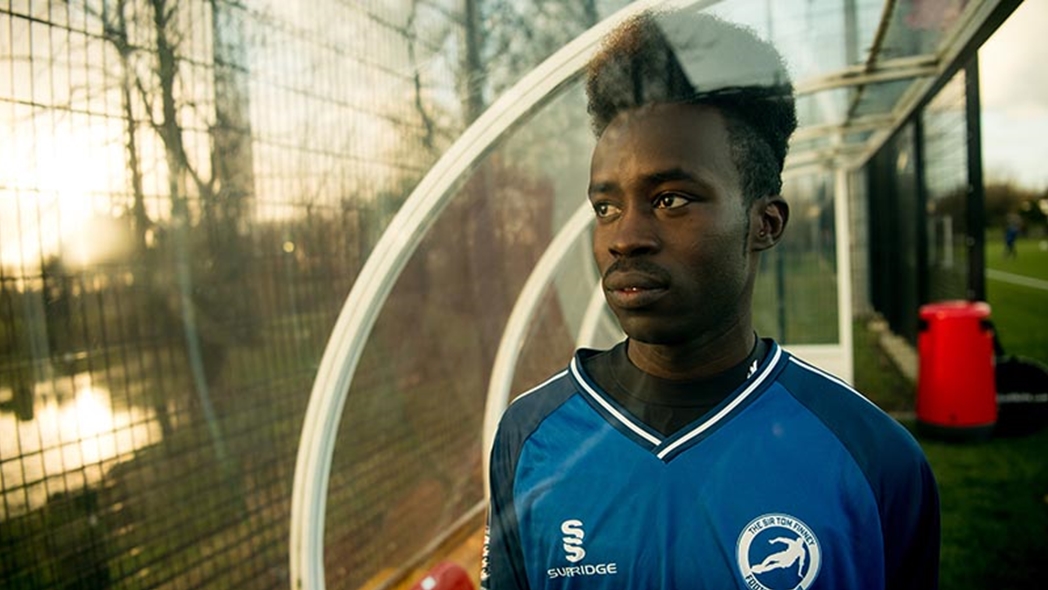 For instance, Sami Hary first came to England after a treacherous journey from his home in Sudan, where people from his region had been persecuted against by the government.

He quickly found friends and a new community in Preston when he joined one of our Grassroots Hubs, which has been providing football sessions for refugees since October 2017.

“I’ve been here in Preston for over two years now and it feels great to be able to play football in this new environment. Of course, I still miss my home and my friends in Sudan – I wish I played with them. But also in the UK, the UCLAN Sport Arena, they provide everything we need – the kit, the coaches and we play football – it’s the same as when I was in Sudan.”

“Away from the football, I work with the British Red Cross as a volunteer and I help translate for people, from Arabic to English. I go there every Thursday and if they need me on other days I go to the main office to help them.

“When I first came to this country, my English wasn’t good but I have improved and because some of the people here haven’t been here for as long, I can help them to translate so I go with them to the Job Centre, doctor, dentist, to help translate and just to help them."

And Syrian refugee Ahmad Al-Rashid was able to join a number of his countryfolk at Wembley last year to support England in their game with Nigeria at Wembley, after revealing his love of football helped him to settle after arriving here from Aleppo in 2015.

“Football has always been a big part of my life – growing up in Syria, as a refugee in the region and now in the UK. To me, it doesn’t matter where you are from. As long as there's a love of football, we'll always have something to talk about.”

“Watching England play at Wembley was like a dream come true. This was my chance to show my support for the country that has welcomed me.

“And, watching the joy on my fellow refugees’ faces was almost (I said almost) as enjoyable as watching the game itself.

“One man in his mid-forties smiled as he reminisced of watching games in Damascus and another Syrian woman laughed that her kids were so excited she had no peace until she bought them England flags and scarves, a week ahead of the game.

“I asked one small Syrian boy about which team he supported. In fluent English, the boy replied, “I am here to support the Three Lions team.’’

"His response struck me, because I could see he felt England had already become home and he wanted to support and cheer the country where they were given this opportunity. I know, because I felt the same way.”