My name is Jake Woodcock. I work for BSS and I am the General Manager at the National Tube Distribution Centre in Coventry.

We have a National Distribution Centre (NDC) in Lutterworth, Leicestershire which stocks around 20,000 products ranging from boilers, valves, controls, pumps, clips and bracketry and a whole lot more. Then we have a National Tube Distribution Centre in Coventry which stocks over 700 different types and sizes of tube. The tube NDC is very unique and is truly best-in-class. 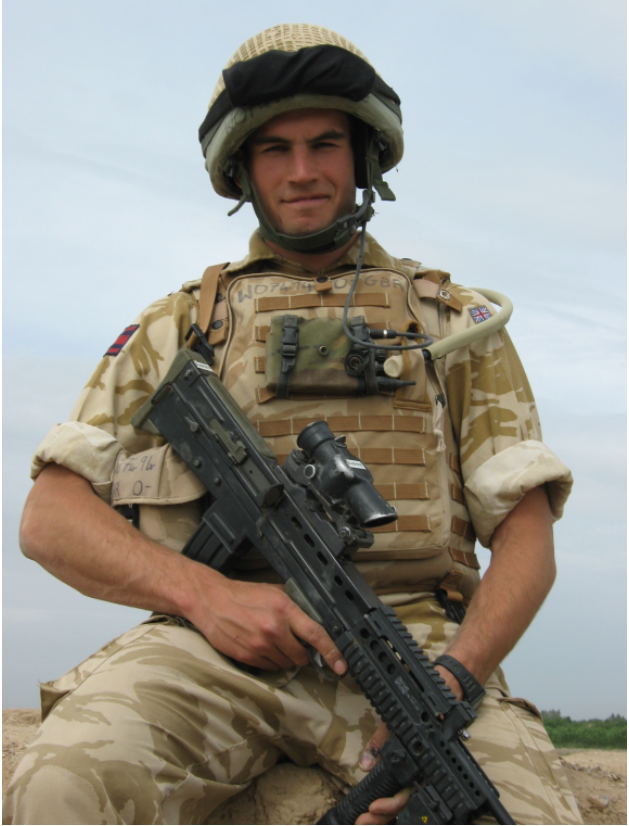 My time in the Army

I joined the Army in May 2006, enlisting with the Royal Engineers. I carried out my phase 1 basic training in Lichfield Army Training Regiment (ATR) for 14 weeks. I then moved onto my phase 2 ‘Combat Engineer’ training at 3 RSME (Royal School of Military Engineering) Gibraltar Barracks in Surrey which lasted 10 weeks. Finally, I went on to the 1 RSME, Brompton Barracks, Chatham to do my phase 3 ‘trade training’ where I learnt the skills to become a bricklayer and concreter.

From military life to life at Travis Perkins

I left the Army in November 2010 with some experience as a tradesman but without a clear idea of what I wanted to do, until I saw a job advertised for a Warehouse Operative at BSS National Tube Distribution Centre in Coventry. I started the role within a couple of weeks and recognised early on that not only did I have a job, I also had the opportunity for a career. I demonstrated that I was keen to progress quickly and my hard work paid off because after 12 months I was promoted to a Team Leader. I was in that role for just 8 months before securing a Warehouse Supervisor position.

Then in August 2016, I was given the opportunity to move across to our other Distribution Centre in Lutterworth as an Operations Manager. My role was to manage and coordinate the day to day operations of the warehouse teams within the National Distribution Centre and manage the shifts of over 50 colleagues. Two years later, the NDC Manager role came up at Cross Point and I returned to where it all started, this time as the General Manager. My role here is to provide clear communication and direction to all colleagues whilst liaising with other teams within the supply chain. I give leadership to all operational colleagues and foster an environment which is continuously improving and adapting to the ever changing needs of the business. I also ensure the warehouse operation is run safely, efficiently, within budget and deliver the agreed standards of KPIs and service level agreements.

Having come full circle, back to where it all began for me in Coventry, it’s great to see how the investment in the site has paid off and made it a more efficient and safer place to work. The hard work hasn’t stopped there and the team have been brilliant at adapting to the challenges that 2020 has sent our way. We’ve been supplying tubing to the Nightingale hospitals, food processing companies and Royal Navy ships. A common theme I’ve seen during my time at BSS – and something I’ve really noticed recently – is that when there is a challenge, people pull together.

And on a personal level, I’ve recently started a Chartered Manager Degree with The Open University. I knew I wanted to further my development and Travis Perkins have hugely supported my decision, enabling me to work at home every Wednesday in order to get my university work done in the afternoon. 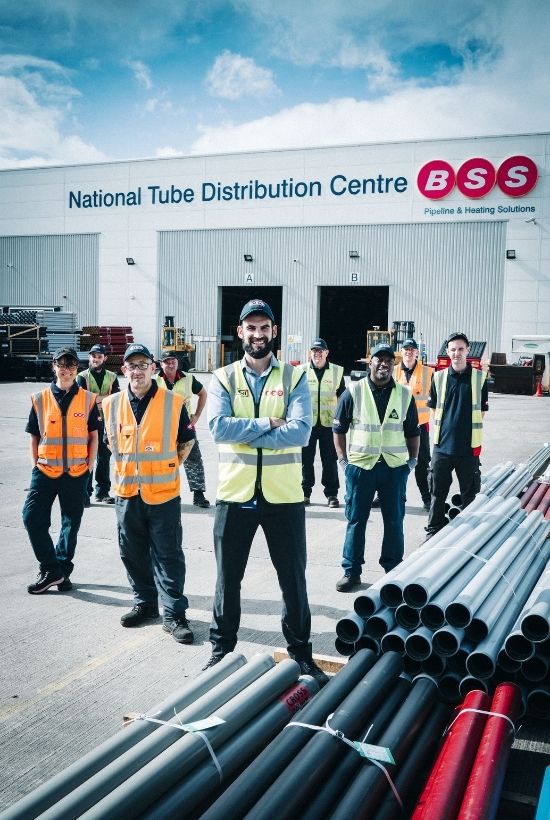 The opportunities for progression are there for the taking

With multiple brands under the Travis Perkins Group, the career opportunities are endless. Since joining BSS, I’ve had numerous opportunities for personal development with the most enjoyable course being a LEAN Practitioner course which focussed on LEAN Warehousing Techniques to eliminate waste in processes and remove non-value-added tasks. There are also numerous benefits including a colleague discount card which saves you money at Wickes and Toolstation, plus online access to ‘MyPerks’ where you can get discounts and cashback off everyday purchases. The Group also offers the cycle to work scheme, Sharesave schemes and so much more.

A great career for any ex-Armed Forces

The roles available within the Group are so diverse and I would recommend anyone leaving the Armed Forces to seriously consider Travis Perkins as a place to work. I never envisaged when I started in 2010 as a Warehouse Operative that in 7 years I would be in an Operations Manager role. Now, I have to remind myself to take a step back and see how much progress we’ve made in the last few years. When I started in this role there was a lot that could be improved and thanks to the team, who have been really forthcoming with their ideas, it’s a much nicer and safer environment to work in. Though the bonds you form with your team in the Army are so unique, I’m confident in saying that we have an extremely strong team culture at Travis Perkins, one where no one is afraid to challenge the norm. I have worked hard to get where I am and have received the most amazing support from BSS along the way.

Hannah joined us in early 2021 on a Fast-Track Management Apprentice scheme at our BSS branch in Croydon, and she was recently promoted to Warehouse Supervisor. We had a chat with Hannah to find out m...

Why Charlotte loves her part-time career with Travis Perkins Charlotte is a Counter Sales Assistant at our Travis Perkins branch in Woodley and she’s coming up to her three-year anniversary with the...

The Travis Perkins finance team is down-to-earth, hard-working and always welcoming to new colleagues. Joshua Sole spoke to us about his experience of starting work in this busy department at Travis P...

Why I chose an Apprenticeship at Travis Perkins

Charlotte joined Travis Perkins Tool Hire with no previous experience in the industry but has since gained a promotion and is now Assistant Tool Hire Manager at our Hemel Hempstead branch. Coming from...