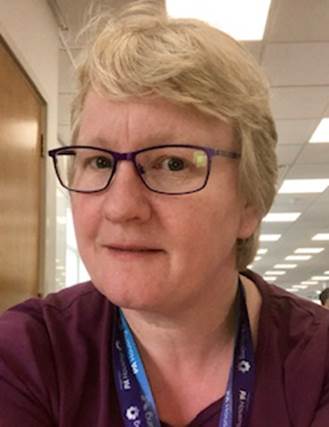 For everyday inclusion month VERCIDA recently spoke with Allison Burgess who is the Supported Agency Services Co-Ordinator at PA Housing. Allison wanted to share with us some of her personal and career story, as well as how her team have overcome adversity and challenges by getting a vital women's service open for business during this time.

Allison feels that one of the main reasons of where she finds herself now is intrinsically linked with experiences she had in her formative years.

"Growing up I experienced mental illness, myself and my brother. When interacting with health professionals back in the day I saw and experienced a lot of things I did not like, at this time community health teams did not exist. My Father did not understand mental health and without this needed advocacy and support I saw my brother become increasingly unwell, and he became what I would describe a victim of the system."

By her own admission Allison states that she did not do well at school, and when looking for employment she felt that the main things she had to offer were care and support, bolstered by learning from her own experience.

"I became a support worker in residential homes, this is where I gained more skills, I already possessed empathy and compassion, but that environment helped me gain tenacity, resourcefulness, and most importantly patience. I joined an agency and was offered roles working with young people, floating support for mental health services. Working with these groups helped me hone my listening skills, I started regularly advocating for my clients, and this was also when I first witnessed poor behaviours from the people I was trying to help. When you take a lot of your time to help someone, and your efforts are thrown right back at you the best lesson I took away from this was be prepared to walk away."

From support worker roles Allison worked her way into managerial positions, then became an area manager. At one time Allison found herself working for the UK government on the Supporting People programme.

"I Worked as a Commissioner, I felt that I could to see the bigger picture and would be well placed to influence policy and procedure from the inside."

Allison joined PA Housing In 2013, working again on the front line with vulnerable people.  Although Allison had amassed many years of experience her personal and professional lives were about to collide. An incident involving a resident manifesting a myriad of mental health issues, where an issue of confiscated property had escalated into personal vendetta by the resident.

“The resident had found out that I was gay, and a campaign of fixated and threatening behaviour became the new norm for me, culminating in my life being threatened. An attitude had existed within my industry that staff had to just suck up these experiences and move on. I wanted to help communicate and change this message that this was not okay, and support should and would be available to staff. With my sexuality, I took a long time to come out of the closet, putting extra pressure on myself, thinking outspoken figurehead was the only mould I could use to affect change. This attitude changed with my ongoing participation within EDI Groups at PA Housing, I found just being open was enough, and not needing to go into a room and saying that I was gay.”

I asked Allison on how she perceived diversity and inclusion across PA Housing.

“There is good representation across the board within the organisation, but we are striving to do better and tackle lots of issues. For example, pay scales within the Industry have not always had a positive bearing regarding attraction, but to balance this we are working hard to convey the personal development aspect of roles and the possibility of climbing the scales quite rapidly. But I always have to reset and convey that it’s not a job, it’s a career, being your best for the community and best for the tenants, you need an Interest, passionate about helping people, across the board. Agency is a valuable service as it provides an opportunity to have a home and be supported, and gives people a voice to be become an Individual and be part of that community removing stigmas.”

At the start of the pandemic in 2020 PA Housing had a property for which Women’s Aid had taken on the responsibility of the building and wanted to provide their valuable services from the mid-terrace Victorian building. This was a high-profile scheme where PA Housing provided the accommodation in partnership with Women’s Aid and with The Leicestershire Police and Crime Commissioner. The focus of this service was to be young women aged 16-25. During this pandemic, domestic violence across the United Kingdom increased and calls to national domestic abuse helplines rose by 49% and killings doubled weeks after lockdown.

“The building had been vacant for a couple of years but it was understood that all checks of the building had been carried out and the documentation and contracts were all signed off in readiness for this vital service to begin! At the end of last year just as the plans to begin getting the property ready the boiler burst, legionella was found in the water pipes, the fire alarm system was condemned, one of the lounge areas was full of damp and mould, the communal wet rooms and WC’s were also identified as being non- functioning and staff found the evidence of rats in the kitchen where the drains had been broken.”

A positive approach and action plan formulated by Allison involved being on-site regularly which proved difficult due to the local Leicester Lockdown. The main aim of the plan involved working with internal partners and also involved those being on-site, carefully coordinating appointments to ensure all relevant parties would be on-site at the same time in order to undertake all tasks.

“Due to the size of the scheme we took the approach to work on one side of the building to enable the agent to be able to open one half then moving across to complete the other side. The span of the major works took three months to complete and now Women’s Aid has been able to allocate all 8 units to women and children who are in very vulnerable and difficult times in their lives. They are now in a place of safety and looking forward to rebuilding their lives.” 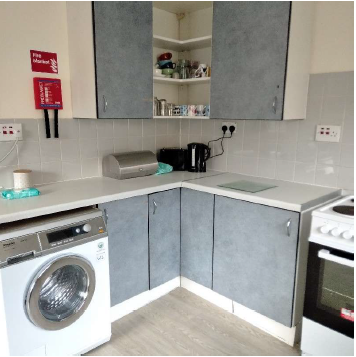 VERCIDA would like to thank Allison for taking the time to talk with us for Everyday Inclusion month.

Please note that if you have been affected in any way by this article or feel that you may need to speak to someone please see the contact information below and seek help.

In an emergency always dial: 999

UAVA Helpline (Support for Men/Women who are experiencing or at risk of Domestic Abuse and Sexual Violence​): 0808 80 20 028 open 8am-8pm Mon

Marco, Junior Comms Officer at PA Housing, takes an extended (but informal) look at how he Kickstarted his career It is a mild Wednesday afternoon in Leicester. The bright white light of the sky peek...