ClayKids is an animated cartoon that follows the story of seven eclectic characters who are thrown together by chance, to face the trials and tribulations that tweenhood poses. The series follows them as they conflict with teachers, parents and each other.

The show transports viewers into the grungy animated world that the characters live in. The cast use technology and even magic at times to try to help themselves get out of tricky situations, however it can sometimes make the situation worse.

We were introduced to ClayKids when one of DiversityJobs children expressed their love for the show and its characters:

“My favorite is Flippy, oh no wait Robbie, I dunno I love those guys!”

He is also particularly fond of Motor, a disabled boy who is paralysed on his left side and moves around in his motorized wheelchair.

“It is great how they have Motor, none of my shows have people with a disability!”

It can often seem as though the world is against Motor, and his strong opinions don’t always help. Motor is an amateur DJ who throws himself into his world of music when life is getting him down.

The show has moved away from the standard format of traditional children’s characters and has instead decided to embrace the diversity that is apparent in society. ClayKids sends an important message to viewers of the show as it highlights the importance of acceptance, especially among children who may not have met anyone who is in a wheelchair before. The show will be an eye-opener for some young viewers who may have questions about disability, therefore starting conversations around disability amongst children and with parents and other family members.

Motor is a character that many viewers may relate to, whether they have a visible disability or not. It is refreshing to see a children’s programme that represents a variety of people, who may feel that they aren’t typically represented on mainstream TV. It may also break down barriers and change preconceptions that some may have surrounding disability.

ClayKids celebrates the differences between the characters that feature in the show and uses both comedy and music to drive a story that appeals to both adults and children alike. 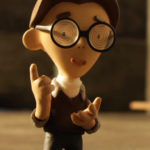 Albert - an intellectual character who loves poetry and art. He is sensitive and over-romantic and has fallen in love many times. People tend to make fun of him as he is feeble and can be fairly eccentric in his tastes. Albert struggles with his overprotective mother who controls his every move and likes to go to school to get away from her. He is often manipulated by others in the group due to his stature and nervous disposition. Carol often tries to push Albert into standing up for himself. 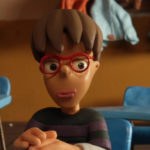 Carol - a very intelligent character and a good student who is very responsible. She is very fussy and tidy with her things and as a result she can be unpopular with her classmates. Carol can be stubborn at times and she is extremely aware of how cruel and unfair the world can be. Carol sticks up for Albert when Robbie and Flippy bully him. 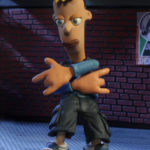 Flippy – the troublemaker in the group. He doesn’t like going to school to study and only goes because he has to. He fools his parents into thinking that he gets good grades. Flippy is always wearing the latest fashions and likes to think of himself as popular, attractive and funny. He likes to rap and often collaborates with Motor on their musical projects. He is close friends with Robbie, who he admires and fears and is always trying to impress. 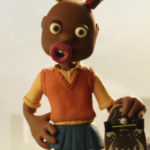 Jessie – she is an eccentric character who some people think is a little bit strange however, she gets on well with everyone. Jessie is a loving and loyal friend who hasn’t got a bad bone in her body. She is a surrealist who is naïve and innocent and completely truthful with her friends. She loves to skateboard. 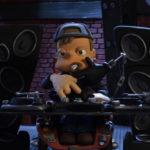 Motor – he tends to have radical opinions and shares Carol's concerns on many topics, yet is much more cynical and nihilistic than her. When he wants to escape from everything and everyone around him (which is quite often), he puts his headphones on and disappears into his music. Enthusiastic amateur DJ and technological genius with both software and hardware. 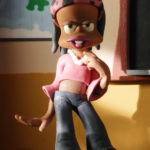 Naomi – she is the “popular” girl. She is materialistic and arrogant and judges people for what they have or what she can get out of them. Naomi is malicious and is always scheming to better her position. Naomi prefers to be hanging out with the older, popular kids, or so she says, yet she is always making excuses as to why she is never with her “real” friends and considers herself the coolest one out of the cast of ‘misfits’. 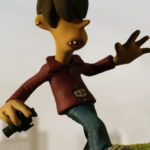 Robbie – is the oldest in his class and is repeating the grade for the third time. He is street smart and cunning and likes to bully and abuse his classmates. He is always graffitiing and carries his spray cans around everywhere with him. He is envious of Motor and Flippy’s musical collaborations as Flippy often serves as Robbie’s sidekick.

This International Day of People with Disabilities, ISG is looking back on UK Retail joinery apprentice, Jack Biggs, being featured on ITV News Meridian in a segment about workplace inclusion.    ...

Several weeks ago I was browsing the depths of the internet to find my next contract. For the last several years I had split my time between being a freelance web developer and a digital strategist f...