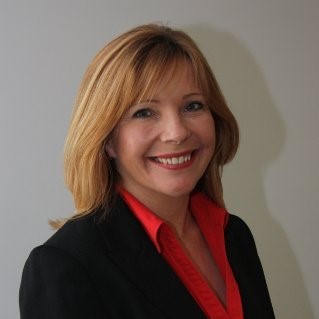 As Director of Finance, I work with board members at the top of their fields. It means that I have a lot of experience and knowledge I can pass on to someone junior to me, but that doesn’t mean I can’t also learn from them.

The Ministry of Defence (MOD) is doing a lot for diversity and inclusion internally; one is an initiative within the Defence Infrastructure Organisation (DIO), part of the MOD, which is a mutual mentoring scheme.

This has been driven by not only a desire to improve inclusion but also to help colleagues understand the issues that people face in the workplace and what might make them feel excluded or even not want to come into work at all. Once we understand these issues from a more personal level, we can actively do something about it.

2020 was a year of movement and change, despite us being under lockdown at home. During the Black Lives Matter protests, a quote was circulating online, “You should treat racism like Covid and assume that you've got it, even if you think you haven't.”

Similarly, I recall watching a clip of the ‘McGurk Effect’ as part of an unconscious bias course which demonstrates how what we see can override what we hear and affect our perceptions of others. A lot of people will think, “That’s not me, it’s everybody else”. But it’s important to self-analyse and listen to those around you, especially those who have different life experiences to you. That’s a key part of inclusivity and exactly what this mutual mentoring scheme is about.

Which is why, when an email was sent around the DIO explaining the mutual mentoring scheme and asking if anyone would like to get involved, I replied and said yes.

I was paired with someone with a disability from the data analytics team who is junior to me. Although my teams work closely with hers, she isn’t in my direct reporting line which has helped in terms of allowing us to be very open with each other.

My mentor and I were given the option to end the mentoring after six months, but the pairing has been so beneficial that we’ve continued to meet and chat. We’re still helping each other.

The deeper benefits of being open

There are some obvious benefits to mutual mentoring. I’ve met a new friend and I now have a better understanding of some of the barriers that people face in the workplace, as well as the attitudes that disabled people encounter, both good and bad.

My mentor has raised my awareness by sharing and discussing a lot of the research and analysis that shows how differently people with disabilities are treated in the workplace and how this affects them, the increased likelihood of people with disabilities being discriminated against, bullied and harassed, and the increased attrition rates as a result.

A further benefit to mutual mentoring is how this safe space where we can open up to one another has allowed us both to have more freedom to ask questions and share. Some people don’t want to offer help to people with disabilities for fear of appearing that they are undermining someone’s independence, but actually one of the biggest lessons that’s come out of this mentoring is that it’s ok to ask.

No one wants to insult someone’s independence by asking if they need help too often. But being able to ask someone in that non-judgemental space and being told that it’s ok to ask is hugely important.

The surprising benefits are the small ways it has affected and changed my day-to-day life, both at work and personally.

I now have an ‘inclusion moment’ at the beginning of meetings. This gives everyone an opportunity to tell us about a time they’ve felt excluded or when they have been made aware someone is being excluded, or indeed where they have made a particular effort to include someone. I share my own stories as well, or stories people want to keep anonymous.

It’s proven to be a great way to raise awareness while bringing us together and creating more openness. Which means that overall, we’re working better together.

My mentor has also seen the benefits. She co-chairs the organisation’s disability network in addition to her day job and was struggling to juggle both. I raised the issue at our executive committee with a view to changing our policy to give people the opportunity and time to do both.

What happens at work naturally seeps into our personal lives and the mutual mentoring scheme now means that I’m more aware, wherever I go, whatever I do. Even just walking around the supermarket, it’s easier to understand what could be done to make things easier for people with disabilities.

There are many places that are still not as accessible as they could be but the DIO are making changes. We were already well ahead of other parts of Defence in terms of smarter working before the pandemic. We had the ability to work from home and join meetings remotely long before it became mandated.

Just having something so simple as a safe space between two colleagues has opened my mind and made huge differences to our working lives.

Anyone who chooses to join the DIO and work with us has the opportunity to become a part of that, to encourage colleagues to help us to continue to improve on our diversity and inclusion activities.

DIO STEM Network Lead Sarah Young My name is Sarah, and I work for DIO as a Customer Engagement Manager it doesn’t sound very STEM, in fact, it’s not, but it does allow me the opportunity to networ...