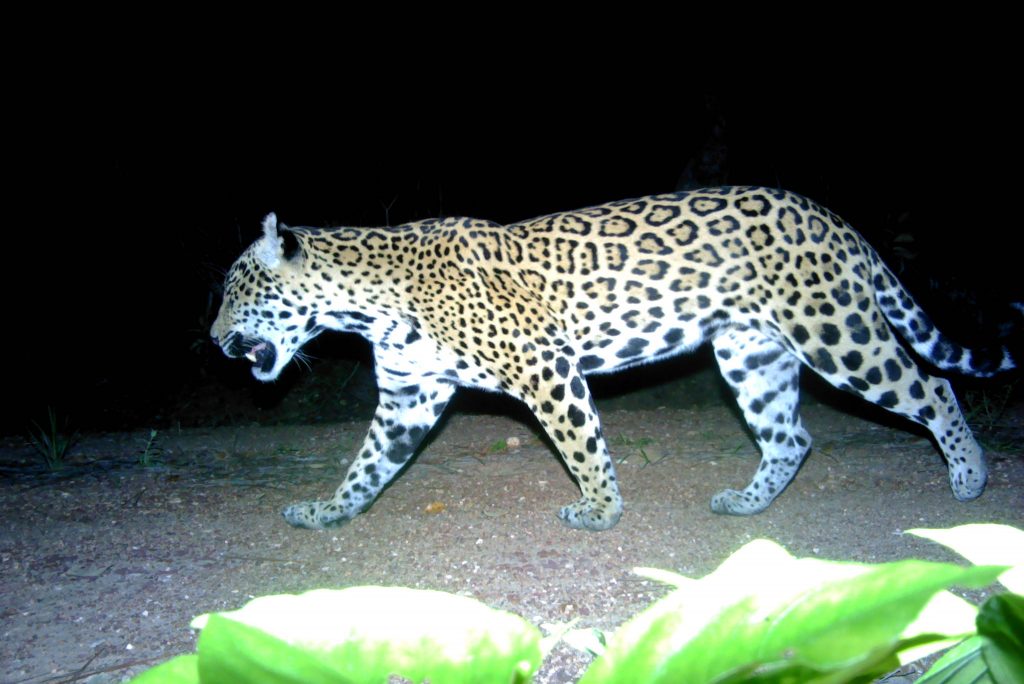 A jaguar recorded by the cameras. [Copyright Panthera 2020]

If you’re an avid reader of the weekend papers or follow the Ministry of Defence or DIO on social media, you might have already seen a story about what we’re doing to help monitor and protect wildlife in Belize.

British Army Training Support Unit Belize (BATSUB) has a licence to train up to 3,750 personnel a year in Belize across a network of both Government and privately-owned land, alongside the Belize Defence Force and other foreign forces.

With around 375,000 hectares of jungle available for training, DIO and BATSUB have developed close relationships and are in regular dialogue with Belizean Government organisations, land owners, land managers, environmental organisations and archaeological experts. This ensures that all of the military users of the training areas understand and protect the Belizean environment, respect the pristine jungle and comply with our range orders and Belize environmental law in order to ensure we continue to have “Consent to Train”.

Why DIO is monitoring the wildlife

DIO environmental advisers working closely in the field with staff from the Forest Department, Institute of Archaeology, completed an Environmental Impact Assessment in 2017 to collaboratively assess the impacts of military training in Belize. From that, a full suite of environmental compliance measures for training within the jungles of Belize were agreed with the Department of Environment. One of the compliance measures was to establish a monitoring strategy to record wildlife in and around our live firing ranges.

Supporting research isn’t a new activity. BATSUB has always had a close working relationship with the Forest Department, Friends for Conservation and Development and other researchers working in the jungle. While this is a new piece of research, this time funded by DIO, BATSUB has assisted research in the past through sharing resources to building huts in the jungle for researchers to operate from.

How DIO is monitoring and protecting the wildlife

DIO BATSUB contracted with Panthera – an international charity dedicated to the research and conservation of big cats – to deliver a three-year monitoring programme to undertake the systematic recording of wildlife and to assess the effects of military training and specifically live firing on mammalian species.

The first year of research has been completed and has produced promising evidence. It has shown little variation between military training locations and control sites in detection rates, activity patterns, species assemblages or jaguar home range patterns. The research has shown that from the initial comparisons, it appears that in a long-term capacity, historic use of the sites by the military for live firing has had a negligible impact on species ecology or behaviour within these sites.

The research for year two of the programme will focus on developing a detailed understanding of the short-term impacts of live firing on species ecology and behaviour.

How Panthera’s monitoring works on the ground

Panthera has a large research programme in place across Belize. By partnering with them we were able to help them get cameras into areas that they had not researched to date.

The camera traps are set out on a grid across the jungle, within and outside of the training locations, and data is then analysed. Data from before, during and after training sequences enables us to see the effects on species. The cameras are set in pairs so that individual cats can be identified by their markings on both sides of their bodies and their movement through the jungle can be monitored. 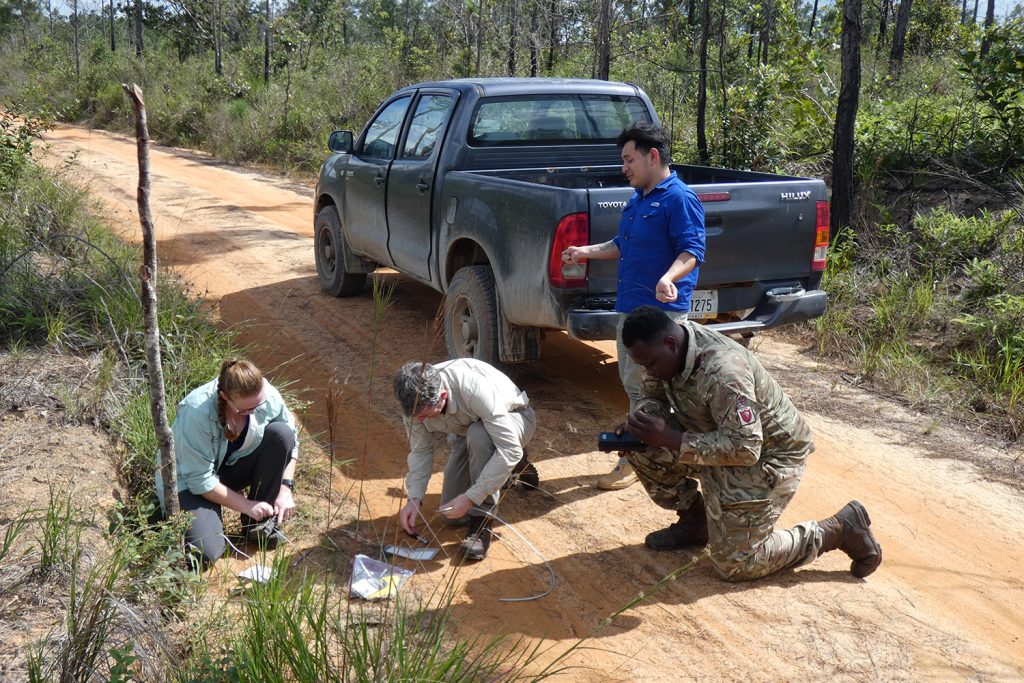 Many of the cameras were burnt in the large forest fires that ravaged the Belize jungle this year. Using DIO Overseas Stewardship Fund money, DIO has replaced 20 cameras so that Panthera can continue this valuable research.  The Overseas Stewardship Fund is allocated across the international estate and is used by DIO Technical Services to target continued environmental performance. It is also used to learn and understand more about environmental sensitivity, such as the archaeology and ecology of the areas on which we train, to inform our management and procedures.

How DIO and BATSUB will use the research findings

The research and findings from Panthera’s work are enabling BATSUB to refine its approach and management of military training within the jungle. This research is informing Defence’s understanding of the impact of training and assessment that jungle training can be a sustained activity within the Forest Reserves of Belize.

Cpl Stewart Angus and his family were the first to move in to a home refurbished under this programme. DIO's Head of Accommodation, Air Commodore James Savage, handed over a Christmas wreath to Cpl A...

Rebecca Jenkins is new to the conservation group team at Westdown Camp [Crown Copyright/MOD] Friday 5th June marked World Environment Day and I’d like to tell you about the important role that o...

My apprenticeship journey at DIO

Warren onboard a Hercules C-130J, one of the benefits his had working as an apprentice in Defence. [Crown Copyright/2006] Without question, my apprentice roots have not only shaped who I am, but have...