The CPS is celebrating National Apprenticeship Week 2019. The CPS has long recognised the importance of building for the future and gaining the fresh skills and attributes new people can bring to the workplace. Our schemes are not limited to any age group, and provide apprentices with the opportunity to build essential skills through work-based learning, achieve a valuable qualification, contribute to the business and help deliver justice. 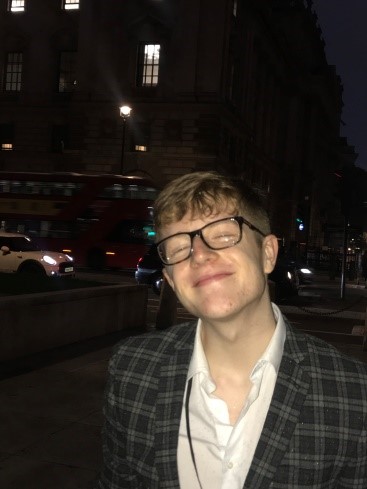 CPS Apprentice, Luke Cryan, shares his apprenticeship success story, “Starting my apprenticeship when I was 17 was a really big choice – as some of the caveats I had to think about were leaving the well-trodden route of a sure-fire higher education, and leaving an environment of academia – which I loved so much. Naturally, then, the crux of any apprenticeship for me was always going to be the learning and development aspect.

One of the things that attracted me to the Civil Service as an apprentice was the development and progression opportunities I knew would be available to me, not just in terms of career, but in terms of lifelong learning also. Writing this having just secured promotion (to another apprenticeship scheme!) at the Cabinet Office, it really does stand to reason that the Civil Service is an environment that fosters your development, and that ‘apprenticeship’ is almost synonymous with learning. Another apprentice in my team has recently moved on promotion to the Home Office, so the aspect of development and progression is overt, very visible, and shared between us all.

In my year as an apprentice in the Crown Prosecution Service, apart from doing casework for a Central Casework Division, I was seconded to the Private Office to work under the Chief Executive, and also to our Diversity and Inclusion team (D&I), focussing more on the people side of the business. Going back to that personal learning point, I was afforded the opportunity to really ‘spread my bet’, and personally experience so much more than the face value of what was the original job description.

Whilst I learnt a lot individually from doing all of these things, I think the point also reflects the real widespread value apprentices bring to Departments across the Civil Service, and the strong reputation they hold in doing so. The myriad of benefits that come from being an apprentice here are not just rewarded to apprentices themselves, but to the Departments and wider Civil Service that effectively engage with the apprenticeship strategy. For me, doing an apprenticeship was a great stepping stone in the growing context of my wider career path – progression, learning and growth is almost an expedited inevitable.

It is for these reasons that the next steps for me are clear, and I’m really excited to be moving on to a higher apprenticeship on promotion. I’ve experienced first-hand that as an apprentice in the Civil Service, you’ll go as far as your talent, drive and passion take you, and if you’ve a lot, then the sky really is the limit.

Making appropriate adjustments is not just a legal responsibility for us as an employer when considering the needs of disabled staff but something we want to do to provide the best possible suppor...

The CPS has again been recognised for its leadership on race equality and inclusion in the workplace by being placed in Business in the Community s Best Employers for Race listing for the second year....