Consider a career in house-building? Q&A from Barratt Developments employees

Want to start a career in house-building? Be inspired from a Q&A with employees from Barratt Developments. 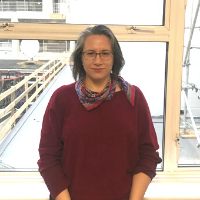 I was always fascinated how buildings and cities impact the way people live. When I was an Architecture student and graduate I was making sure the design gives the right answer to the needs of the modern family. Later, I have followed the design to construction stage. Barratt offers me opportunity to manage the design of many homes that are built under Barratt brand.

My job is never monotonous, there are always many solutions discussed for very practical items on site. It is also very rewarding to see completed homes and people moving in.

I have met many inspiring people along the way. I think I was most inspired by The National Association of Women in Construction (NAWIC) in London, where I have met women like me thriving in construction industry.

Do what you like doing and be proud of your work!

I would welcome them! It is very fulfilling industry and the one that will see major innovation over next 20 years, including BIM, 3D printing and modular solutions. 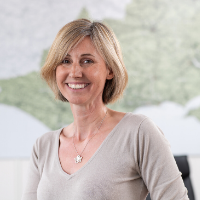 I had recently been made redundant from a job I had taken after university when I needed money but was not my chosen career route while I continued to apply for jovs in the field I had originally planned to go into.

At the time Barratt Southampton did big recruitment afternoons for sales advisors and I drove a friend to one of these as she didn’t know her way round the area as well as I did and I had nothing else to do with my time.

I went in with her as she was a little nervous and while waiting for her to come out of her interview I was approached by one of the Sales Managers asking if I was waiting to be seen.

I will be honest I considered such a role beneath me (after all I was a graduate with a Masters degree). The Sales Manager explained that if you wanted to move up in Barratts there were plenty of opportunities and (as she had found out by this time I was currently jobless) what did I have to lose doing an interview, as if nothing else it was good practise.

I had the interview. I was offered a job as a Sales Advisor with an agreed plan to work towards Sales Manager. A year later I became a Sales Manager.

A year after that I had the opportunity given to me to move across into land as my skill set had been recognised by the then MD of the Division and so began my career in land.

No day is the same, I get challenged with every land deal I do, no one deal is ever the same, so I am constantly learning and growing. I enjoy being part of a team where you can bounce ideas off others as well as project managing teams to the very satisfactory conclusion of delivering a result for the Company be it getting a land deal across the line or a planning permission approved.

I struggled a bit with this question as I haven’t had any Martin Lutheresqe  moments of inspiration during my career. There were very few women in the business at higher levels as I was beginning to climb the ladder who I could look to. Instead I would say I grasped every opportunity I was given to progress and learn with both hands.

Now it is so different and I like to hope that seeing women like me who are working their way up and carving out a career and a good reputation for themselves both in and outside the Company will encourage others to give the construction Industry a chance as a career choice.

Looking back the best career advice I was given was not at school or university but by the very Sales Manager who got me into the industry. In response to my possibly slightly up myself response’ to her suggestion of considering the Construction Industry as a career path for myself  - me the girl with a Masters degree in Oceanography who was going to become the best Environmental Consultant ever . (Along with everyone else in my field who had recently graduated and was scrabbling for the very few jobs available) -  She said ‘Just because it is not an industry or a role you have previously considered for yourself why close a door without at least looking through it.’

I have taken that advise and used it on more than one occasion and every time my career has benefited.

The Construction Industry has had a reputation for being a bit of an old buys club that had read the 1980’s book on management techniques and somewhat Neanderthal in its outlook.

I will be honest when I first got into the industry over 16 years ago, for a woman looking to work her way up it was challenging .

However, the industry has been changing and evolving and growing over the last few years, it has still got a few rough edges but they are being rapidly smoothed.

It is an industry that now offers so many career opportunities, probably in areas you may not have even considered or in fact known about. There is opportunity to move within the industry from one discipline to another like I have done. There is active encouragement to aim to move up the career ladder and there is training and support to enable you to do just that. 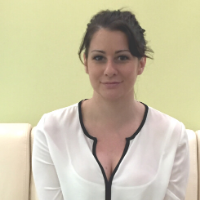 2) What is the best thing about your job?

My line manager has been a great influence.  He has a wealth of build knowledge and is able to analyse the overall working performance of our team really effectively

4) What is the best career advice you have been given?

To manage your time well.  By prioritising the right tasks within your working hours, you are able to have a better work-life balance

It is a fast-paced industry that encourages best practise sharing.  I have found it to be rewarding both for build knowledge (that is applicable in all areas of life) and pride in the job. 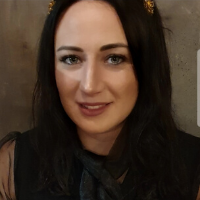 I absolutely Love Houses! The architecture, the sheer brilliance of how they are built and that they would be the biggest investment for anyone to buy. I joined Barratt because they had amazing opportunities with training and development, and they had such a good brand reputation in the marketplace. I knew I was coming to somewhere where I could flourish individually.

Its seeing your team grow and become the best that they can be. To see your team succeed in what they want to achieve gives me such an amazing feeling of pride and accomplishment.

I am inspired by my line manager. I can see how hard they work and inspire and that really encourages me daily to be the best I can be.

Take a step back, look at things objectively and don’t rush a decision.

Do it. It has been the best decision I have made. The people really make this company what it is. You have room to grow and achieve whatever you want. Housebuilding is an exciting growing industry with amazing opportunities. 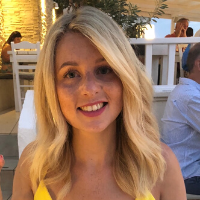 I originally started with Kingsoak Homes who were the sister company of Barratt Homes as a receptionist, after working on reception and a stint in Sales I left the business and returned when an opportunity arise to work within a newly appointed customer care department. I Jumped at the chance and shortly after Barratts took over Kingsoak.

The best thing about my job is helping people, giving excellent customer service and having a customer say Thank you for resolving their issues. Also having a young family Barratts have been fantastic about working with me and my needs to balance family life and work life.

My Construction Director has inspired me, as like me, he started his career as a labourer and worked his way up through the business to where he is now.

Be confident and know your worth, sometimes as a woman within this industry you can find yourself doubting yourself and your knowledge as it is very male dominated.

Barratts are a fantastic company to work for, no day is ever the same. You learn a lot from each department whilst working here and really can gain valuable knowledge.