CityFibre and the Armed Forces Reserves

CityFibre is currently a bronze signatory of the Armed Forces Covenant and we are fully supportive of the work that our reservists do. Here’s one employee’s story

This year hasn’t been a great year for taking holidays let’s face it, with lockdowns featuring heavily no matter where you are in the UK. As I write the Scottish Government has put my area into Protection Level 4 with effect from 6pm tonight - meaning I can’t leave the local area without good reason. And yet time away from work is possibly more important than ever.

So I am quite lucky that as an army reservist I have to spend two weeks every year away from work, training with my unit. This used to be known as “annual camp” because we usually go to a training camp somewhere, but like everything else in life annual camp has been different this year. I’ve just completed my two weeks away and had a great time. 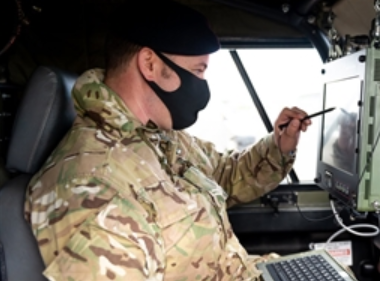 Although I’m a solicitor by training and spend my professional life negotiating with Ofcom and BT, many years ago I joined Royal Signals (the telecoms part of the army) and that ultimately led to me joining the telecoms industry and most recently to CityFibre.  So being in the Signals might sound like just doing the day job for a different employer but it is different enough to give me a real change, which as they say is as good as a rest. I’m a media officer so I basically get paid to do photography (which is my other favourite hobby) and publish the results on Instagram. It's not a bad way to spend your time. Plus, I get to meet and work with a really wide range of people from all sorts of backgrounds, from paramedics and truck drivers to firefighters and yoga instructors!

But 2020 has been as different in my army role as it has been in CityFibre. We’ve been training via Microsoft Teams for months, so everyone was looking forward to getting back together for camp. Originally, we were supposed to be on exercise in Eastern Europe but obviously, COVID put paid to that, and we had to revise our plans several times as circumstances changed and then changed again. Even mid-way through our two-week camp, England went into lockdown and overnight the army changed what we were allowed to do  (even though my unit is based only in Scotland and Northern Ireland). So out went hillwalking, climbing and mountain biking, and in came yet another alternative programme which allowed for the all-important social distancing and COVID precautions. 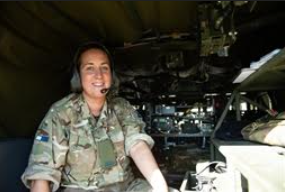 The army is always selling the benefits to employers of employing reservists, flexibility, adaptability and a “can do” attitude are always on the list and I think this year we really had to draw on all these qualities. To be fair to the army's marketing team it really is something which we do all the time -  in recent years we’ve had to turn our hand to keeping the emergency services Airwave radio network going during flooding in Cumbria, supporting the Olympic and Commonwealth Games and even a G8 Summit in Northern Ireland. And this year quite a few of my colleagues have stepped up to assist the NHS with the pandemic, one of my friends was controlling the mobile COVID testing units across Scotland for example.

Thankfully CityFibre is a really supportive employer, and they too adapt. In previous jobs I have had to use two weeks of my annual leave to attend army training so CityFibre’s policy of giving me two weeks of unpaid leave was a big draw before I joined.

But while I was away over the last two weeks I received a call to let me know that the policy has been updated and the company now gives two weeks of paid leave – this is a massive plus. A great result and something that will no doubt go a long way to gaining CityFibre the Silver award from the MOD for support to the reserve forces under the Armed Forces Covenant.

There’s only a very small number of us in CityFibre who are reservists, though there’s a lot of ex-forces people here and we’re developing an Armed Forces network, a bit like the LGBT+ one. The idea is to provide a forum for discussion and to offer support for colleagues who are serving reservists or who may have only recently left the forces and may be embarking on a whole new career.

Hopefully, CityFibre also benefits from the huge variety of transferable skills that veterans and reservists bring to the company, skills and experiences which help us apply ourselves better to our day job.

Regardless of whether that individual is a commissioned officer, a Senior NCO or an ordinary soldier, an ex-regular or a reservist, the army instils its own values and standards, much like any company. These are selfless commitment, respect for others, loyalty, integrity, discipline and courage all of which help with good people management, punctuality, a desire to learn, and the ability to take constructive criticism and strive to better yourself. I know we have colleagues who are ex-Navy or RAF and they will argue they do the same but it’s not for nothing the Army’s slogan has always been “be the best”

Ace Week, formerly Asexual Awareness Week, is coming up. As one asexual person I can't claim to represent the entire asexual spectrum, but I want to raise awareness of this important part of my ident...