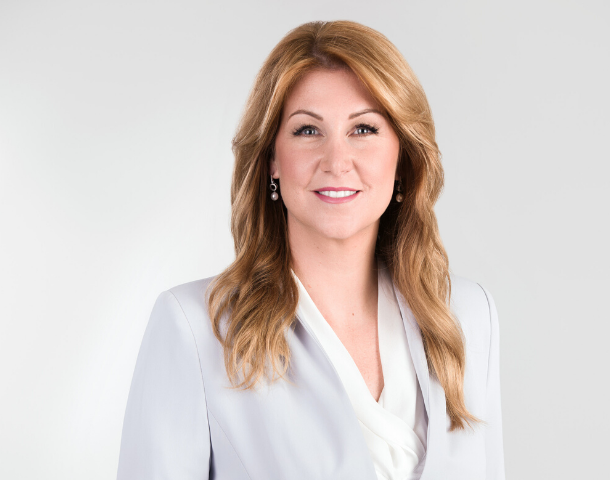 Barbora Paulovic Deckerova is a Director of  IBM Partner Ecosystem across Central and Eastern Europe.

An award-winning leader at IBM, Barbora was also a professional athlete which influences her approach to work even to this day: hard work, a strong team mentality, and an unstoppable appetite for winning.  We spoke to her about her career, what it’s like to be a leader at IBM, and what advice she would give to young women entering the working world.

With a background in sales, marketing, consulting and customer service, an MSC in Business Management and a BSC in Psychology, Barbora has made her way to an executive at IBM. In her 12-year career at IBM, she has held several critical leadership roles in IBM’s Enterprise Operation and Transformation division and sales.

In her current role, she leads IBM Systems, Cloud and Cognitive Solutions, and Services sales through all indirect routes.  Her main goal is to build and transform the ecosystem that will successfully accelerate a client’s journey, so they become a Cognitive Enterprise on a Hybrid Multicloud, thus bringing next gen IT solutions within industry context to the market.

Barbora’s team won the Silver Stevie Award for Customer Service in 2015, 2016 and 2017, Barbora is an IBM faculty member dedicated to developing future leaders, and she champions efforts to enable women leaders in CEE.

“It felt unbelievable that customer service was recognised by a prestigious external award. It gave my team enormous pride in what they do, and myself further confidence that our mission was very relevant. What was once thought of as ‘just a back-office job’, may well be one of the most important decision-making factors whether a client selects your services or not.,” said Barbora. 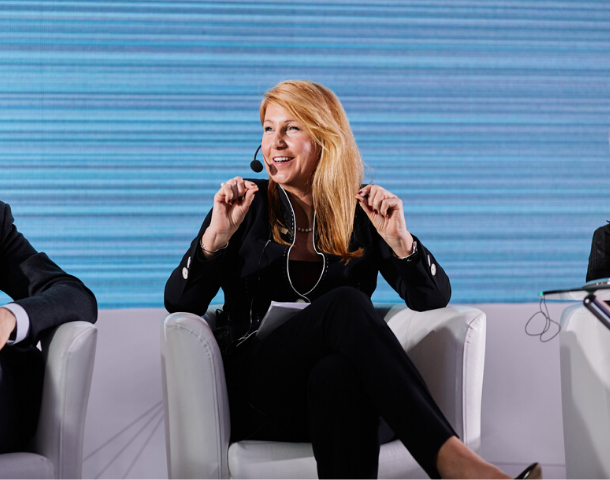 Inclusion is at the top of IBM’s strategic priority and they have network groups for multiple constituencies (called Business Resource Groups) to drive all kinds of inclusion. One is the women’s network which is about attracting, retaining and developing female talent across IBM. Every year, IBM is rated and recognized around the world for their inclusion efforts eg. Working Mother — 100 Best Companies and 2018 catalyst Award for Advancing Women and Diversity in Business or 2020 NAFE Top Companies For Executive Women.

From 1899, when IBM hired their first women employees to today, later with their first female CEO, IBM’s commitment to celebrating the talent of women has been at the forefront of the business and a key driver of their success.

“IBM recognises skills, talent and potential, and ensures every IBMer is able to thrive because of their differences, not in spite of them. There is a lot going on to support and grow female talent like the accelerating development programme called Elevate in my region” said Barbora.

Barbora has travelled the world with IBM and, although she had to turn down an attractive position to move to America because her family were young, having a family has never stopped her getting promoted and growing within the company.

“The beauty and motivation of working at IBM is I feel I am able to build a fulfilling life both at work and outside. I am a dedicated mother of two, a wife, passionate runner and mountaineer, with many hobbies and crazy ideas to try new thing. There were times when I needed to be more a Mom, and others when I mostly focused on being a businesswoman, but for now it was always a heathy decision and I’ve always felt supported,” said Barbora.

When asked if she has faced any challenges, she would relate to being a woman, Barbora said:

“There are still male dominated cultures in countries where I travel and where we operate, and I have experienced a few challenges. For example, I had a meeting with a mayor of a city we were considering investments in. There was a group of three leaders and I was the only female, and the mayor continuously referenced me as the assistant. Because of my international background, I’m very sensitive and respectful of cultural norms and traditions. As long as I know what to expect, my experience suggests that in business the opportunities ahead prevail, and trustworthy behaviour and capabilities overcome such challenges.”

Barbora mentors a number of people in and out of IBM and lists mentoring as one of her passions and responsibilities.

“Some people look to get career advice, and to discover what job roles would be suitable, what skills one needs, some want to learn a particular soft or hard skill. Formats are various; shadowing, coaching session or consulting. Many mentorships develop into mutual relationships where we follow each other, call ad hoc to do situational coaching or give feedback, but ultimately, we learn, hence help each other. This way I’m getting fascinating insights into areas I don’t operate in,” said Barbora. She also believes that any person who wants to succeed in higher level positions needs a mentor and supporter. “I will be honest, there were times I was helpless and needed advice. I was lucky enough to have a few very special and successful women mentors that I could call on any time of the day to get that advise. And decisions made during exactly those times helped me in my career. Based on my personal experience, I fully understand how important this is and I feel personal responsibility to provide such support for my team and mentees. Informal, without judgement, honest and available. I pledged to be an Intentional mentor of women for leadership roles, because also strong women need that pick-me-up and support to get to their dreams,” concludes Barbora.

When asked what advice she would give to a young woman considering a career at IBM she said:

“When you have dreams, and you are willing to work hard to follow them, you may look for a partnership with a company that is cutting-edge, has been helping the world to reinvent for over a 100 years, and has history built on values of inclusiveness and fair opportunity. Career in my dictionary is about growing the best version of yourself and making the right decisions along the way for yourself, without compromises within your personal values. Ultimately during your career, you should build such skills that are transferable and give you freedom to expand and become who you want.”