Celebrating PRIDE 2022 at Which?

To celebrate Pride month, Chloe Benfield, co-chair of the LGBTQ+ Network shares some insights into the history of Pride and why it’s celebrated. 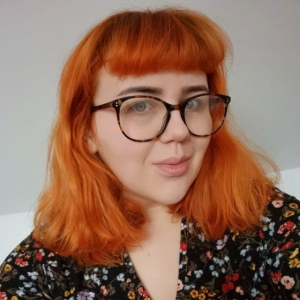 Why do we actually celebrate?

‘If you take a moment to think about Pride, your mind probably conjures images of colourful floats, outrageous outfits and a whole lot of alcohol, right? You may be surprised to learn that the origins of this annual month-long celebration are actually rooted in violence, oppression and most importantly, protest.

‘Though today we focus on celebrating LGBTQ+ history, culture and key figures in a myriad of ways, from festivals and parades to workshops, club nights and conferences, this has evolved over the years from an event that began as a salute to survival.

‘You may have heard of the Stonewall Riots: these were a series of protests sparked by the police’s latest violent raid of the eponymous Stonewall Inn, a gay bar on Christopher Street in New York City on the 28 June 1969.

‘NYC’s LGBTQ+ community, much like those across America and all over the world, had endured years of brutal abuse, torture and torment at the hands of law enforcement. In every state besides Illinois, anything dubbed a “homosexual act” was very much illegal, with bars and restaurants regularly raided and shut down for simply serving a gay person a drink.

‘On this occasion, eight plain-clothes officers entered the bar, arresting all of the employees and rounding up anyone they determined to be “masquerading” as a different gender to the one they were assigned at birth. As more patrol cars full of officers and additional backup on foot showed up, a crowd was beginning to form: patrons that had been free to go, as well as onlookers coming to nosey at the ongoing drama.

‘At some point whilst the police were shoving trans women, crossdressers, drag queens and bar employees into the back of a van, the crowd erupted. There are a multitude of accounts on what happened that night (see the further reading list!) and there was nobody there to livestream or take photos, so there isn’t a clear-cut timeline of what went down.

‘It’s believed that the cops roughing up a masculine lesbian – often identified as Storme DeLarverie –  who was asking them to loosen her cuffs was what broke the dam. The air filled with the sounds of shouts of “Pigs!”, pennies hitting the floor and bottles smashing as the crowd began to surge. Until 4am, it was a continued fight, with police eventually – and ironically – barricading themselves inside the bar to escape the protesters. 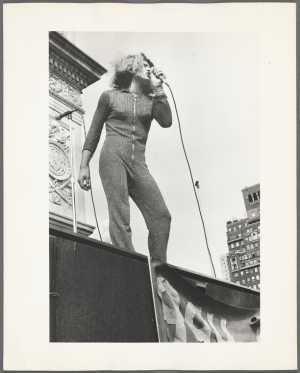 ‘What followed were days and weeks of continued violence against the NYC queer community, perpetuated by their police force and right wing aggressors - but the surprising part was just how many allies showed up to support and protect the most vulnerable amongst them, and the community spirit that was forged as a result. 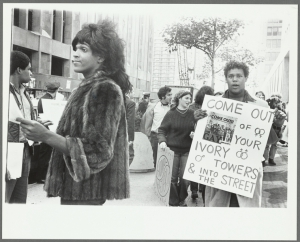 ‘Marsha P Johnson and Sylvia Rivera (pictureed L to R), two trans women of colour, are integral to the events of the Stonewall Riots and became prevalent figures in the LGBTQ+ community worldwide as a result. Often the faces of Pride are white and cisgender, so it’s imperative that we remember we are a diverse community who have always included gender-diverse individuals from a variety of cultures and backgrounds.

‘Though the police’s visit to the Stonewall Inn that sweaty summer night was no different to any other, the community there decided enough was enough - and they fought back. This one act of defiance was the tiny spark that lit up LGBTQ+ people around the world, and the seed from which today’s Pride movement has continued to grow.

‘Organised by bisexual activist and ‘Mother of Pride’  Brenda Howard, the very first Pride took place in NYC on June 28 1970, dubbed “The Christopher Street Liberation Day March.” Departing from right outside the Stonewall Inn, a swarm of hundreds headed for Central Park: eventually, they were composed of thousands of marchers, branching out over fifteen city blocks.

‘From this, Pride only bloomed: San Francisco, LA, Chicago and Boston all organised similar marches that year, with the UK, Canada, Australia, France, New Zealand and other countries following suit throughout the early seventies and beyond.

How are you celebrating?

‘So, if you’re going to any celebrations this year, please take a moment to think about the brave people who fought, some giving their lives in the process, so that we could dance with our friends: consider donating the cost of a drink or two to an LGBTQ+ charity, pick up a book on queer history or watch Paris is Burning on Netflix.

‘Instead of simply sharing an infographic on Pride and calling it a day, do something to actively fight back against the vitriolic transphobia that is permeating the UK media right now, and continue to echo the spirit of Pride’s foundations, firmly built upon the act of fighting back.’ 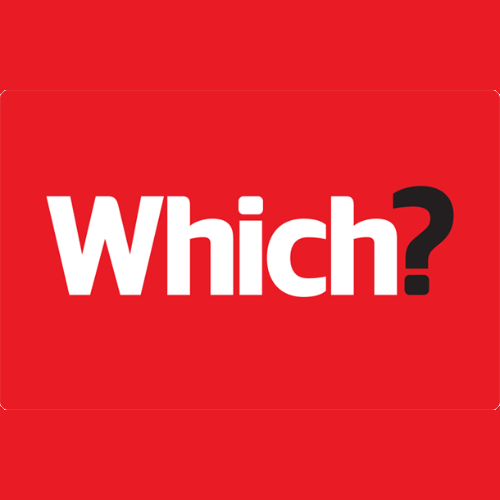 We spoke to Suzie Lowe, UX designer at Which? about the work she is doing in accessibility

Suzie Lowe, UX designer, is passionate about accessibility and we caught up with her to find out more about the work that she’s doing in this area.   What does accessibility mean to you? ‘Accessi...

Getting the important conversations started: Feel Good Champions at Which?

Kamisha Darroux, a Which? Feel Good Champion, talks about how the organisation is putting employee mental health in the spotlight. My role at Which? is busy and varied as a Principal Scientific A...

A conversation with The Head of Brand and Strategic Communications at Which?

It’s Neurodiversity Celebration Week, an opportunity to raise awareness of neurological differences and challenge misconceptions. Neurodiversity is the diversity of the human brain and recognises how...