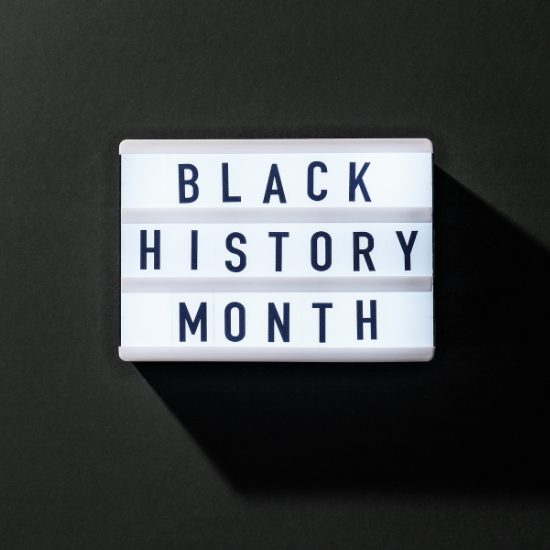 In the UK October signifies Black History Month, And Black History Month allows us at VERCIDA to celebrate and understand the impact of black heritage and culture. Black History Month was created to focus attention on the contributions and achievements of those with African or Caribbean heritage. But it's also an opportunity for people to learn more about the effects of racism and how to challenge negative stereotypes. We’ve always been advocates of rights, equality and inclusion and that’s why we’re proud to support the ideas behind Black History Month, this year and always.

To celebrate Black History Month we have decided to talk about some inspiring Black figureheads who have changed the world with their message,

And in no particular order, here are ten of the most influential Black figureheads in history.

Rosa Parks was labelled as the “Mother of the Freedom Movement” following her bold disobedience and subsequent arrest. Rosa Parks was not the first to refuse to give up her seat to a white person after the bus driver demanded she do so but her refusal to obey the segregation law sparked the start of a revelation. Rosa Parks once freed made great strides in procuring basic human rights for African Americans across the country.

Muhammad Ali made his name in the sporting world of boxing, where he was one of the greatest heavyweight champions of all time. Cassius Clay changed his name which he associated with slavery and adopted a new one, Muhammad Ali. The name inspired by Islamic tradition symbolized a new black separatist movement in the United States.

Michael Jeffrey Jordan made his name for himself in the sporting world of Basketball and was widely considered to be one of the greatest all-around players in the history of the game. He led the team Chicago Bulls to six National Basketball Association championships (1991–93, 1996–98). This will go on to be one of the most impressive winning streaks to ever be noted in competitive sporting history, Michael Jordan has set the tone of what every young aspiring athlete wants to be and is considered a hero around the world.

Fannie Lou Hamer worked for the Student Non-Violent Coordinating Committee (SNCC). And was best known for her voting rights activism, civil rights leadership and philanthropy. Fannie Lou Hamer helped the poor and needy families in her Mississippi community. Fannie Lou Hamer also worked as the vice-chair of the Mississippi Freedom Democratic Party and was elected as a national Democratic Party delegate in 1972.
She later died on March 14, 1977, and made such a great impact The New York Times, made the statement “None of us would be where we are today had she not been here then.”

Martin Luther King Jr is perhaps the influential Black figurehead on this list for his great acts of civil rights activism though none violent protest. In the 1950s and 1960s, he devoted his life to civil rights activism for black slaves. Originally known as the Baptist minister of Montgomery, Martin Luther King made his mark by preaching nonviolent means of protesting against the segregation of whites and blacks in the United States. MLK’s assassination in 1968 sparked a revolution across the world.

Mary Jane Seacole was a British Jamaican nurse and businesswoman who was best known for setting up the "British Hotel" Which was a hospital created behind the front lines during the Crimean War. Mary Seacole was best known for her use of traditional of Jamaican and West African herbal remedies that nursed soldiers back to health. She was after her death awarded the Jamaican Order of Merit in 1871. And her autobiography, "Wonderful Adventures of Mrs Seacole in Many Lands (1857)", is one of the earliest autobiographies created by a mixed-race woman.

Frances Cress Welsing was an American-born Afrocentrist, psychiatrist, and author. Frances Cress Welsing believed people of colour needed to “liberate” themselves psychologically from White domination. In 1974, she wrote the book "The Cress Theory of Colour-Confrontation and Racism" which states people of colour must gain a better understanding of the “behavioural manoeuvrings” of Whites in order to avoid being “manipulated into a subordinated position.” She Later wrote multiple books and thesis’s that would go on to change the mentality of the black population in the US Living in slavery.

George Washington Carver was an American agricultural scientist and inventor, who was known for his great contribution to alternative crops to cotton and methods to prevent soil depletion. He was best known for his inventions for hundreds of products that benefited the people, his inventions include more than 300 from peanuts, milk, plastics, paints, dyes, cosmetics, medicinal oils, soap, ink, wood stains, sweet potatoes, molasses, postage stamp glue, flour, vinegar and synthetic rubber and even a type of gasoline.

Bernardine Evaristo is best known as a British author but has accolades in academics and is a known advocate for the inclusion of artists of colour.  She has a total of nine published books, seven plays, Eleven Short fiction and many more academic papers. Bernardine has won multiple awards gaining recognition around the world. Her novel, "Girl, Woman, Other," won the Booker Prize in 2019, making her the first black woman and the first black British person to win it.

Jimi Hendrix was a Black American musician, songwriter and singer. His mainstream career spanned only four years, but at this time he was widely considered as one of the most influential electric guitarists in the history of popular music and has become one of the most celebrated musicians of the 20th century. "arguably the greatest instrumentalist in the history of rock music" - The Rock and Roll Hall of Fame.