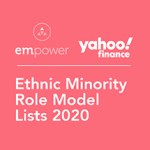 We are delighted to share that Jerome Grant, Founder and Co-Chair of CBAME and Senior Consultant in Invent, has been awarded a spot on the 2020 EMpower 100 Ethnic Minority Future Leaders list for his significant work and impact on BAME inclusion in the workplace and beyond. Congratulations Jerome! 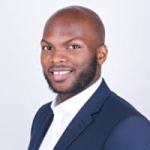 The EMpower Ethnic Minority Role Model Lists showcase business leaders who are breaking down barriers at work and working hard to smash the ceiling for ethnic minorities in the UK, Ireland, Europe, and people of colour in the United States and Canada – with nominees scored on the influence of their role; their impact on ethnic minority inclusion inside and outside the workplace; and their business achievements.

Placing at no.71 on the EMpower 100 Ethnic Minority Future Leaders list, Jerome is a driving force for inclusion both within his role and beyond.

Jerome has launched several initiatives within the network, including a UK-wide Black History Month Campaign, a flagship annual event each year since 2018, and a career development webinar series aimed to empower members with skills to succeed. He has built a committee of 15 members that lead and deliver inclusion-specific events and discussions.

Externally, Jerome volunteers with Urban Synergy, a mentoring charity which encourages young people to unlock their potential, as well as regularly attending BAME roundtables sharing best practice, advice and material, mentoring others to achieve their diversity and inclusion goals.

Marking the end of a year like no other, Capgemini UK have been delighted to pick up ‘Best Tech Employer’ for the Women in Tech Employer Awards and earn a spot in the Inclusive Top 50 UK Employers fo...

Priyal Bhanderi: how I #ChooseToChallenge stereotypes

When I joined the technology industry a field that is known to be male-dominated I felt a little nervous at the beginning…     My name is Priyal Bhanderi and I am a degree appre...