British Athletics and BBC Get Inspired joined forces to host the ‘Sporting Mind’ Conference at the BBC Studios at Media City on Wednesday 30 January.

This timely conference facilitated open discussion in relation to the mental health of athletes via a series of thought-provoking sessions, tailored to engage the audience in conversations on this topic.

The guest speakers had a wide-range of backgrounds to give their insight into areas around the crucial subject of mental health.

An interactive session was hosted by Sarah Broadhead, the former director of sport at Chimp Management and Dr Libby Artingstall at Team Mental Health. They stimulated discussion around cultures and behaviours, and how this affects mental health in key stakeholders.

Dr Artingstall, Co-Founder & Director Team Mental Health said: “Mental health is a state of wellbeing. Developing & embracing cultures which empower each & every one of us to understand this and act to protect our own, really matters.”

Great Britain & Northern Ireland international Pippa Woolven discussed eating disorders and sport from an athlete’s perspective. Woolven, winner at the Southern Cross-Country Championships last weekend, spoke eloquently about her experience with RED-S Syndrome after a several years in the sport.

This followed an insight from Loughborough University’s Dr Carolyn Plateau who ran the session “Disordered eating in athletes: what does the evidence say?” Some of the key points raised in the discussion included early intervention and education for support staff and coaches.

Scott Grace, a regular team leader on British teams over the last few years, spoke about the subject of mental health from his perspective, particularly focusing on experiences with junior athletes who were competing abroad for the first time. Earlier in the day, Professor Dave Collins ran the session ‘Problems, parenting and pitfalls for performers and people: A mental health perspective’.

Finally, the conference ended with a special keynote speech from Olympic hockey gold medallist, Helen Richardson-Walsh MBE, who commented: “What a great ‘Sporting Mind’ Conference hosted by BBC Get Inspire and British Athletics. It was a pleasure to speak, but even better to hear the expertise and experiences on the important subject of mental health from a cracking line-up.”

Jane Fylan, British Athletics Athlete Health & Well-being Chair, reflected on the conference saying: “We were exceptionally humbled to have been a part of a truly thought-provoking conference, the audience looked truly captivated throughout the array of mental health challenges that our outstanding speakers covered, that prompted passionate and personal conversations. We would like to say a big thank you to BBC Get Inspired for all their support.”

Donna Fraser, Equality, Diversity & Engagement Lead added: “We at UKA recognise there is still a long way to go towards destigmatising mental health in our sport and this conference was just scratching the surface to address such a prevalent topic. The open conversations and best practice shared was valuable to the many sports represented in the room.” 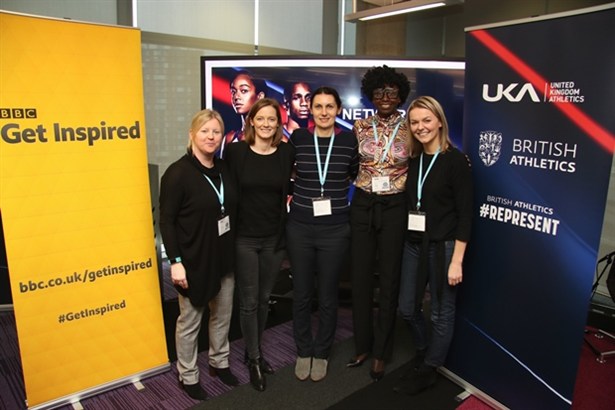