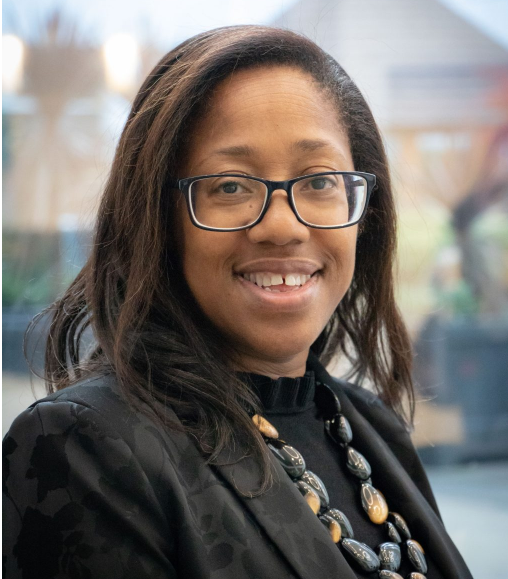 When I was growing up in Derby in the 1970s and 1980s we were surrounded by neighbours who, like my family, came from islands in the Caribbean. There were also Asians from the Indian subcontinent and Africans. But most people locally were white British.

As first-generation immigrants, my family understood that sharing our culture and history helped create a stronger sense of community and gain insight into each other’s lives, rather than just living in separate bubbles. People who come to the UK really want this. They have not come to isolate themselves, they start full of hope and passion for the country they’re going to settle in.

That’s why I’m delighted that we are celebrating Black History Month (BHM) at Siemens. BHM is about remembering and raising awareness of the contribution of the African diaspora to the history and development of the world. It aims to counter the invisibility of black people and to challenge the negative imagery and stereotypes often seen in popular culture and the media.

We are proud of our multiculturalism and diversity

In the workplace, BHM helps to lower barriers and build a greater respect and cohesion. It provides a way to address and eradicate bias — unconscious and conscious — and build psychological safety and employee engagement for black employees. Celebrating it at Siemens shows that we are proud of our multiculturalism and diversity.

We also want to use BHM to correct some misconceptions. There can be a view that elevating black history diminishes white history or suggests that it is irrelevant or has somehow failed. People who identify with other groups sometimes feel threatened or think they should disengage. And there is still a lot of discrimination.

The involvement of the Siemens leadership team in BHM shows their personal and enduring commitment to meeting its goals. They are opening our week of activities and signing the Race at Work Charter — an initiative designed to improve outcomes for black, Asian and minority ethnic employees in the UK.

As Sandra Kerr, Race Director at Business in the Community, said: “By signing the Race at Work Charter, Siemens is joining 470 other businesses on the right side of history. A commitment to the Charter’s five actions shows that a company has more on their mind than pretty words – and that they understand the value of telling the world that they want to create and promote fairer, more inclusive working environments for Black, Asian and Minority Ethnic colleagues.”

The Siemens BHM programme includes the voices of people from all backgrounds telling their stories and talking about their relationship with black history, to help build a richer picture of how connected we are in Britain today. There are sessions on best practice in creating a more equitable organisation, mentoring, empowerment and black role models from history.

An important session on ally-ship is about everyone having a role in solving problems, rather than assuming someone else is responsible. It aims to counteract the “bystander effect” whereby people can be reluctant to intervene when others are not, as seen during the George Floyd episode.

Ally-ship means recognising that everyone must be involved in promoting a culture of unity and inclusion. It’s not enough for individuals to say that they are anti-racist or do all the right things, they need to be more proactive. We want to discuss what arrows people need in their quivers to move from the bystander mindset to passionate commitment to being an ally.

We are also tackling how to have difficult or courageous conversations, for example, talking to someone who doesn’t see the relevance of taking a particular course of action, or feels that it is wrong. We want to discover potential barriers, for example, people saying nothing because they are afraid of saying the wrong thing. And we want to help people say when they feel uncomfortable, for instance when asking someone about the nature of their blackness or how they would like to be described. The key thing is be respectful, with purpose, have a conversation and be emotionally intelligent.

Another part of the programme which I think will be tremendous fun is a club we are setting up where people can informally chat about a book they have read or film they have seen, how they felt about it, and what it means to them. We hope the club will take on a life of its own.

When I was growing up there were few role models for young black people in the UK. I loved Lenny Henry and admired Trevor MacDonald reading the news. And I read Maya Angelou and Alice Walker voraciously at university, probably to the detriment of my grades.

During the past 20 years, the UK has become much more diverse. Our workforce at Siemens is starting to reflect this, but there is further to go. I hope celebrating BHM in so many ways will help us achieve this.