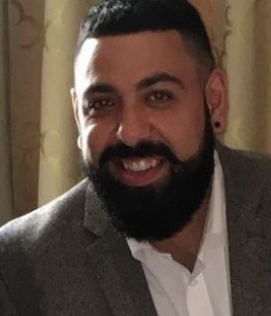 My earliest memory of Muhammad Ali was watching the Rumble in the Jungle, when Ali attempted to regain the heavyweight title against the monstrous George Foreman in Kinshasa, Zaire in 1974.

Albeit I was watching this fight decades after it had actually taken place but I was instantly captivated by Ali’s charisma, his unwavering confidence in his own ability despite being written off by all, and also his humility when talking to his fans and the people of not only Africa but the whole world. This was my first glimpse of the man we know simply as The Greatest.

Growing up I found myself more and more being completely in awe of everything this man stood for – not just his colossal achievements in the ring – Olympic Gold Medallist and the first 3 time Heavyweight Champion of the world but as a humanitarian and stalwart for the rights of black people.

From the very beginning when he was Cassius Clay he was an individual who stood up for his own rights and the world wouldn’t have known who Ali was if it wasn’t for someone stealing his bicycle which lead him to entering a boxing gym so he could ‘whoop the guy who stole it.’ Growing up in America at a time when a black person couldn’t even go into certain restaurants to eat, Ali took on the might of the US Government and when he was banned from boxing for his refusal to be inducted into the US army during the Vietnam war is really when Ali became so much bigger than just a boxer – he faced adversity outside the ring with the same brash confidence and pride as he did in it.

Ali along with so many other controversial and inspirational figures at the time (Martin Luther King, Malcolm X to name just a few) brought about a great change in America, gave black people a voice, gave them a hero to admire and aspire to be like and I am certainly not the only person from an ethnic minority who idolises him.

It’s many years since The Greatest danced in the ring and sadly he has departed from this world but I don’t think there will ever be anyone like him who floated like a butterfly and stung like a bee.

Black History Month is a month-long celebration of the achievements of Black people throughout history right up to today. It is an opportunity for everyone to learn about the history and the Black c...