Personal and unique stories of officers proud to work for the Met will be showcased in a series of public blogs during October to mark this year's black history month.

The past contributions and achievements of black employees throughout the history of the Met will also be celebrated, and it is hoped that the range of different tales will help inspire other black Londoners to consider pursuing a career in policing. 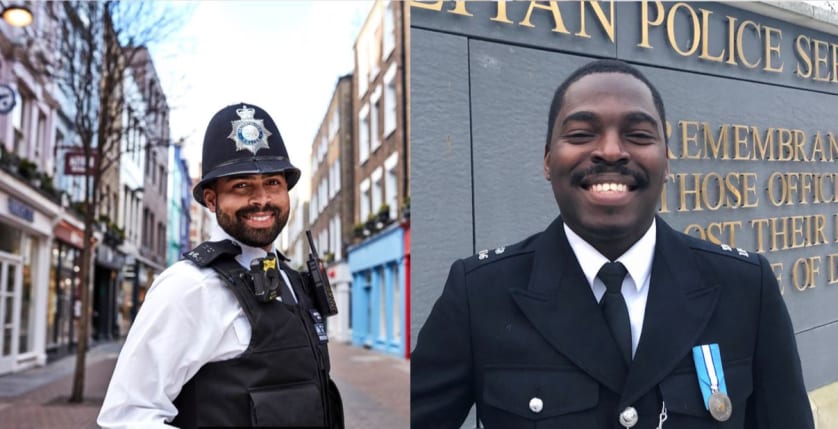 Acting Police Sergeant Richard Gayle will be one of those opening up about his own experiences. He embodies the link between past and present having been impressed when he was growing up by older relatives who were police officers.

He now hopes to inspire other black Londoners to join up. PS Gayle, who works in Specialist Operations, said: “I’m proud to be black and following in the footsteps of my dad and my great-uncle.

"When I was a kid they inspired me to want to protect people and to take pride in my Caribbean heritage. I believe that you can’t be what you can’t see, so every day I go to work knowing I am potentially giving other young black people the courage to pursue their dreams.”

Another officer who will share his story, PC Bilal Sani-Mohammed, a black Londoner working in the Met’s Professionalism department.

PC Sani-Mohammed said: “I love being a police officer and serving London every day. Currently, I’m part of the Deputy Commissioner’s Delivery Group, where I work to improve the Met’s relationship with our many communities. It’s a great role, where I’ve directly influenced change from within the organisation and for my community too.”

This month will see a range of internal and external community-focused initiatives to mark the 2021 event, including one organised by the Met's Black Police Networking Strand on Thursday 7 October. “Black History in Policing” will involve a special exhibition and senior black officers speaking about their journeys at Scotland Yard.

Meanwhile, the Met's Black Police Association is also putting on a variety of talks and special events, including a probationer conducting an interview with a long-serving black special constable who has now served for an incredible 42 years.

There are more than 5,000 officers from under-represented groups – more than half of all the officers in England and Wales – now working in the Met – 450 of whom joined in the last financial year. Around 1,000 of those are black.

While the Met is pleased with the progress made to date towards increasing representation in the workforce, it acknowledges there is still much work to be done to achieve its aim of fully reflecting the diversity of all the capital's many communities.

The force's latest recruitment campaign, ‘Now More than Ever,' which launched over the summer, hopes to aid this process. It foregrounded ambassadors from a range of ethnic groups who are enjoying varied and successful careers in the Met, and shared their personal experiences, in a bid to both reassure and encourage other members of under-represented communities to join up.

This followed the announcement earlier in the year of the bold recruitment aspiration for Black, Asian and Multiple Ethnic Heritage officers to make up 40% of all new officers recruited from April 2022.

Met Commissioner Cressida Dick has previously expressed her personal commitment to this goal. She said: “The Met already has so many brilliant black officers and staff, enjoying and contributing to a wide variety of roles. I want to increase their numbers and ensure that they all really thrive, together with all our colleagues, in a healthy and inclusive workplace."

Diverse Met Police officers share incredible personal stories in a campaign to recruit more constables Serving Met police officers from a range of diverse backgrounds and circumstances are sharing the...

Get Involved with Black Inclusion Week!

Right now, Black inclusion in the UK is the subject of many discussions in society, organisations and around family dining tables in a way that it never has been. People across all walks of life are a...