“On Saturday 8 July I stepped out with the Army contingent for the London Pride parade in front of 1 million people. My shoes were polished, skirt and jacket pressed and my medals glinted in the sun light. But stepping out in a skirt or a dress has not always been that easy for me, and I still remember a warm spring day in 1998 when I first started my journey of gender transition. Wondering if the neighbours had seen me as I got in my car and the long hesitation in a Hemel Hempstead car park before I opened the car door and started my journey towards a new life. 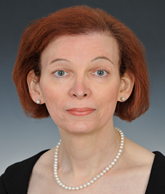 It would be another nine months before I summoned the courage to tell my employer, a business owned and run by two brothers, that I planned to change my gender. By that time I had already seen a gender identity psychiatrist, started hormone treatment, told my family and spoken to a few of my close friends at work. This was before the Sex Discrimination (Gender Reassignment) Regulations 1999 had been introduced, so my decision was not without risk.  Fortunately I was lucky and the two brothers could not have been more supportive and this set the tone for the whole office. In the absence of guidance they made the effort to speak to people in their network of directors who had also had staff who had transitioned in the workplace. They also did their own research on the condition. At the beginning I was allowed to have a week living in my new role, before making a final decision on changing name and identity, and then going full-time.

The atmosphere created by the two brothers was very supportive and I even had a colleague from another office tell me about how he managed his feelings of fluid gender identity.  They also eased the way with the company’s bankers and suppliers, within whom I had regular contact, so that when I did change role everything was in place. It is only in hindsight that I have realised how important their support was to the successful completion of my real life test. They even came to visit me in hospital when I was recovering after the ‘big day’. 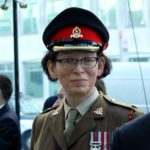 I spent two happy and productive years with that business after I had transitioned, before feeling a need to move on. There is a paradox in society’s view on gender reassignment and transitioning, in that success is judged by how well an individual can ‘pass’ in their new gender role. In other words success equals invisibility. In the trans community this is known as ‘going stealth’ and that is what I decided to do. Unfortunately, however well an individual might think that they ‘pass’ there will always be someone who feels that not everything matches as it should and is motivated to say or do something that does not respect the individual. In an organisation that is not open and inclusive, that is a problem. A situation which is exacerbated when the leadership of the organisation is either indifferent or perpetuates the hostile atmosphere. So going stealth failed and I left that organisation.

This adverse experience reinforced the need to go completely stealth and so it was that I joined the Civil Service at the Department for Constitutional Affairs (DCA) working for HM Courts Service. My experience there could not have been more different. The Chief Executive of HMCS, Sir Ron de Witt, was open about his sexuality and a champion of the LGBT community in DCA. His role modelling of inclusivity pervaded the organisation and it was not long before I realised that there was no need to go stealth, but instead it was safe for me to be open about who I am and give my support to helping others. Something I have done in each of my subsequent roles.

Pride has always been a special day for me, but this year was particularly special because the Army’s LGBT champion, Lieutenant General Sanders, Commander of the Field Army, had decided to march at our front. As we progressed down Regent Street and on towards Trafalgar Square, I had chance to reflect on what a difference it makes to have an employer that is inclusive in its support and is prepared to travel on that journey with you.

This is written for 20th of November, the Transgender Day of Remembrance, where we remember those whose lives were lost in acts of anti-transgender violence, and draw attention to the continued violence endured by the transgender community today. The BEIS LGBT+ Network aims to create an inclusive environment for all staff, including members of the transgender community. As part of this, our Listening Ear Scheme is available to anyone in BEIS who wants to talk about any LGBT+ related issues”- Kim Humberstone, Deputy Director Financial Reporting & Controls, BEIS.

Are you interested in a career with the Department for Business, Energy and Industrial Strategy? Please click here.