When six Barclays graduates were tasked with coming up with a way to tackle a longstanding social issue, they hit upon the idea of a podcast aimed at inspiring women to start their own business or side hustle. Two years on, the idea, Her Own Boss, is a thriving podcast. We spoke to them about launching during the pandemic, the power of Barclays’ networks – and why imposter syndrome should never hold you back.

How do you help solve a longstanding social issue? That was the question that six graduates were challenged with during a competition on the Barclays' graduate programme back in 2019.

“All of us really identified with the issue that there aren't enough female entrepreneurs and that those that are out there aren’t accessing as much funding to succeed and grow as their male counterparts,” says Sarah Kingston, Investment Advisory Analyst at Barclays, pointing to the fact that only one in three entrepreneurs in the UK are women.

Sarah and her teammates’ solution was to create Her Own Boss, a podcast designed to share inspiring success stories and help women get the confidence and information they need to find their inner entrepreneurs. This idea not only won them the competition but went on to give them their own successful side hustle.

Launched in July 2020, Her Own Boss is now an established show with 45 episodes and 7,000 listens, and recently won the ‘enhancing skills and employment’ category in Barclays’ internal Diversity and Inclusion Awards. 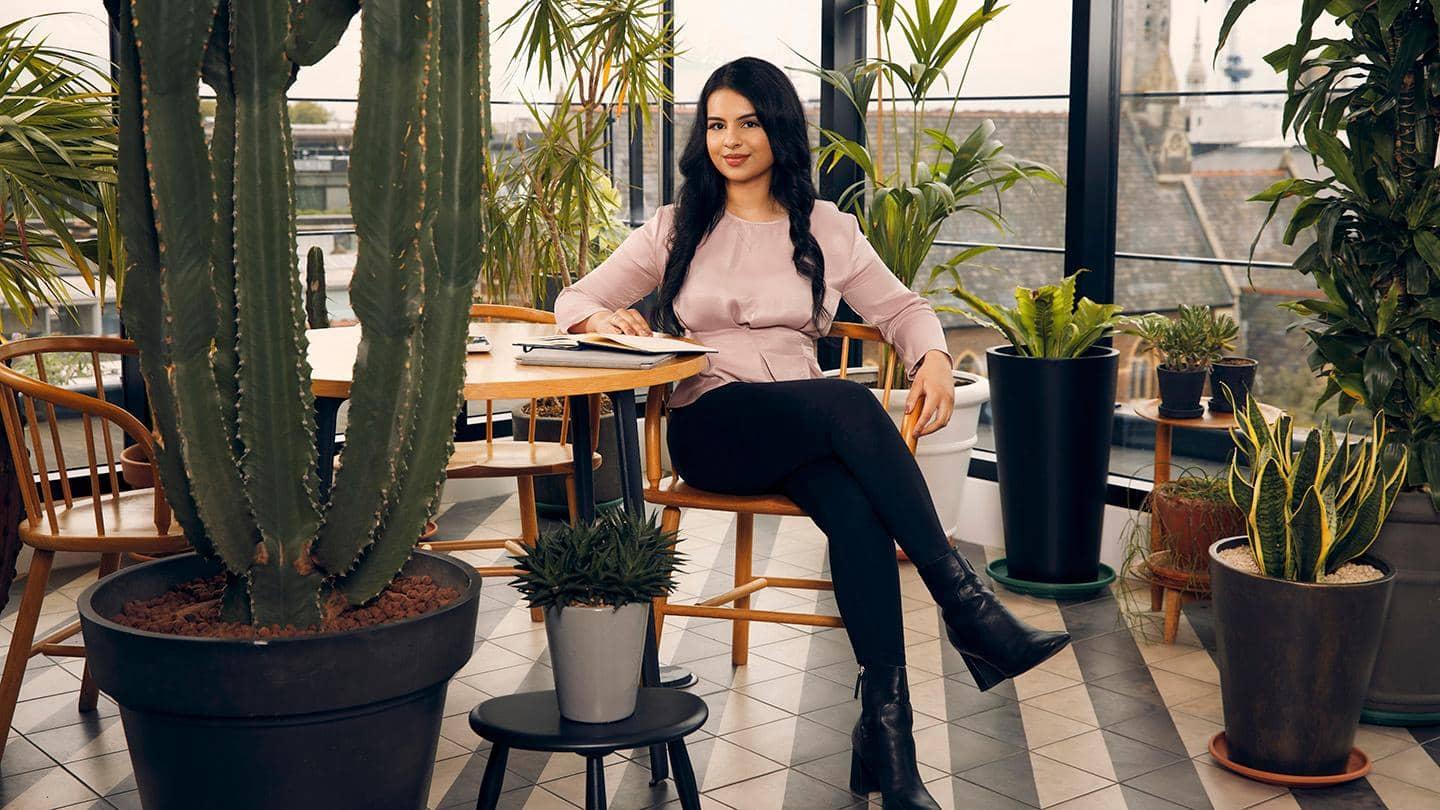 Aneesah Sarwar has enjoyed working with a team with different interests and skill sets.

“I didn’t know anyone who was an entrepreneur,” says Nikita Lazaroo, Digital Product Manager at Barclays. “Up until very recently, the only entrepreneurs you’d see would be people like Steve Jobs, Bill Gates, Elon Musk – all incredibly clever and successful, but I don’t see myself in them.”

Initially, the focus of the podcast was “gender equality,” says Lucy Moran, Business Banking Marketing Manager at Barclays. This meant using the platform as a way to “help young women break down barriers that they tend to face”, and support women as they “start their careers and build up their confidence”.

When researching why women might be reluctant to become entrepreneurs, the team found it was often due to “a lack of confidence and a lack of exposure to role models”, says Lucy. These were themes that resonated with the group and led them to make this the podcast’s key focus.

As Aneesah Sarwar, Strategy Manager for Barclays, points out: “If women were able to start and scale businesses to the same degree as men, it could be a £250 billion boost to the UK economy.”

“We really made use of our network”

Finding inspiring but relatable guests was a priority, and for this, the team began with their own networks within Barclays. Megan Brent, Product Proposition Manager at Barclays, says the podcast’s first guest was an entrepreneur based at one of Barclays’ Eagle Labs.

While initially having support from Barclays, the team was eager to secure funding to help expand the podcast and used the first series as a “sort of pilot season”, according to Benjamin Tapolczay, Decision Analyst at Barclays.

The success of the first series allowed them to approach Barclays with what they’d accomplished, which led to Barclays Eagle Labs and Rise becoming official sponsors of the podcast during the first year. The podcast has also helped to exemplify how Barclays Business Bank is supporting the Investing in Women Code, an initiative led by HM Treasury and backed by Barclays since its inception.

“It’s amazing how quickly passion turned into action,” says Megan. The show has gone on to share “different perspectives from so many different women,” she explains, and most crucially “showcase so many role models” for young women, both from within the Barclays ecosystem and beyond.

Discussions around burnout and imposter syndrome are among the themes that have resonated most with the Her Own Boss team. “Hearing these really successful women on the podcast saying that they’ve felt this way before – and actually calling it imposter syndrome – really hit home for me,” says Sarah. 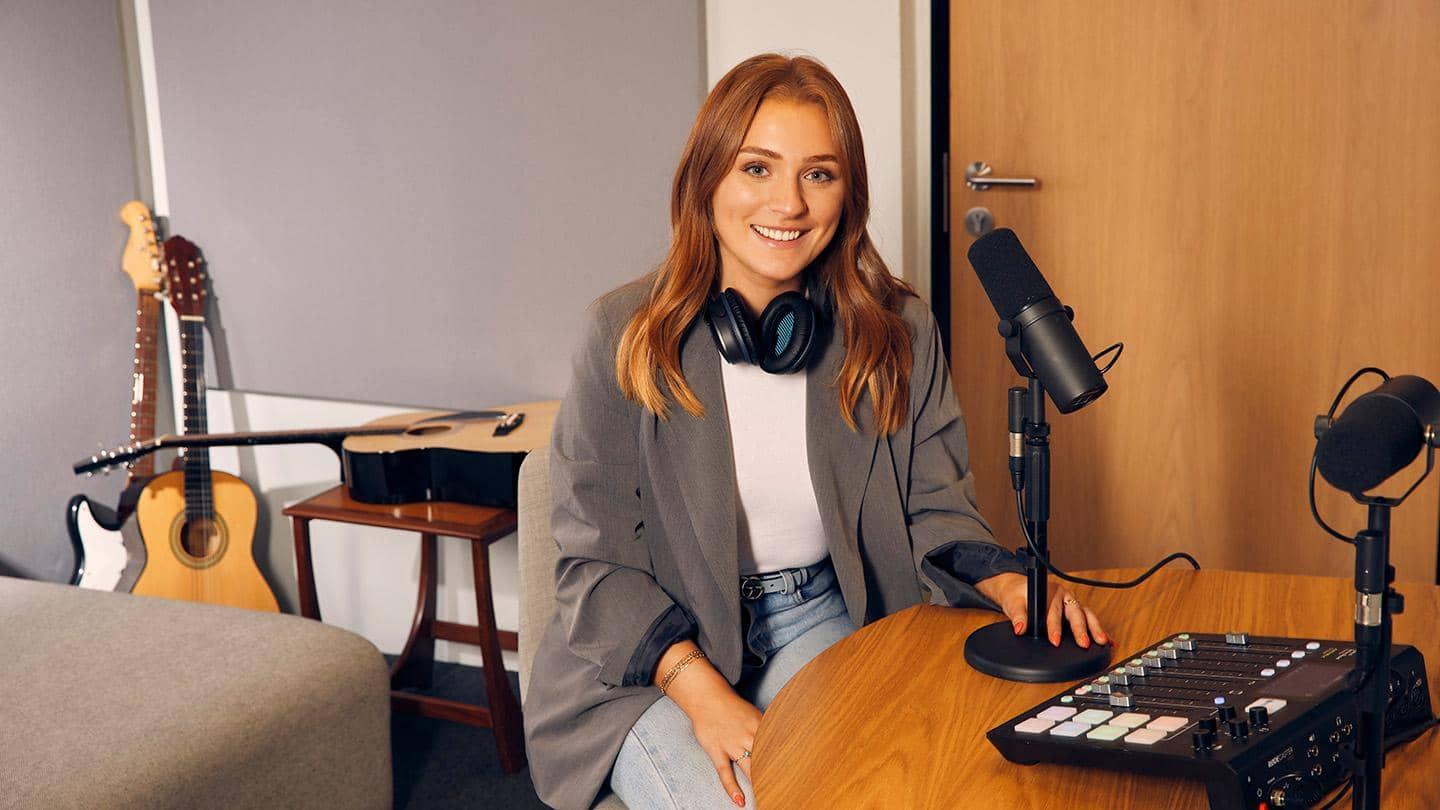 Sarah Kingston and her teammates came up with the idea for Her Own Boss on Barclays' graduate programme in 2019.

While the idea was formed in September 2019, the first episode didn’t go live until July 2020, four months into the pandemic. Launching at such a difficult time, with the team “working from our respective bedrooms”, was not without its challenges, says Nikita.

For Lucy, one of the biggest challenges was time. “We’re all so passionate about it, but this is a side hustle for all of us – we still have full-time jobs. It can be very frustrating to be so passionate about a project – there’s so much you know you could do, but you only have time to do a small part of that.”

That was where the team’s dedication came in, says Aneesah. “Despite some of the challenges along the way, we found that, as a team, there are so many people willing to support us and what we're doing. I personally realised how great it is to work in a team of people that are equally as passionate as you, and people with different interests who bring different skill sets.” 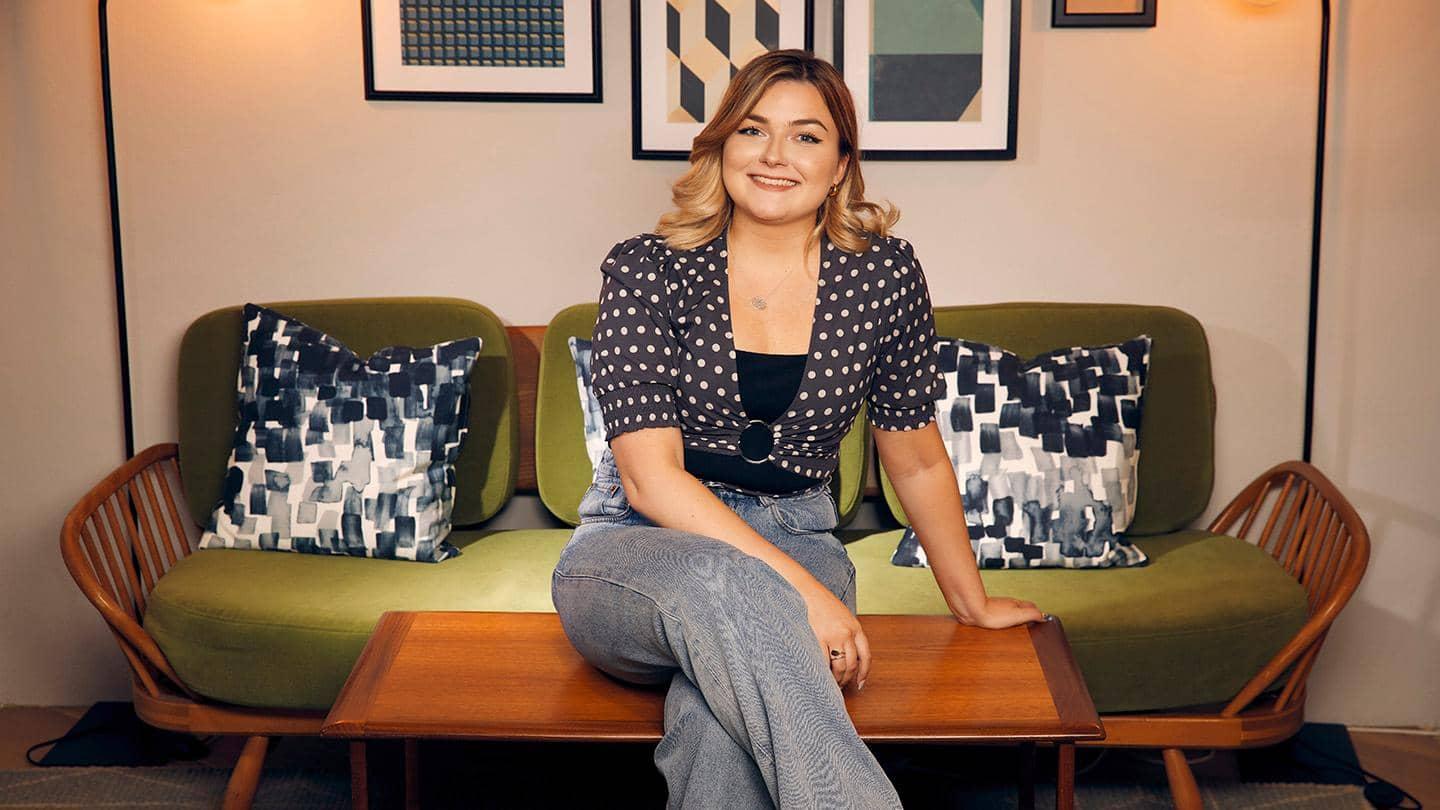 Lucy Moran says the team hope to get “as much feedback from our audience as possible” on the podcast. 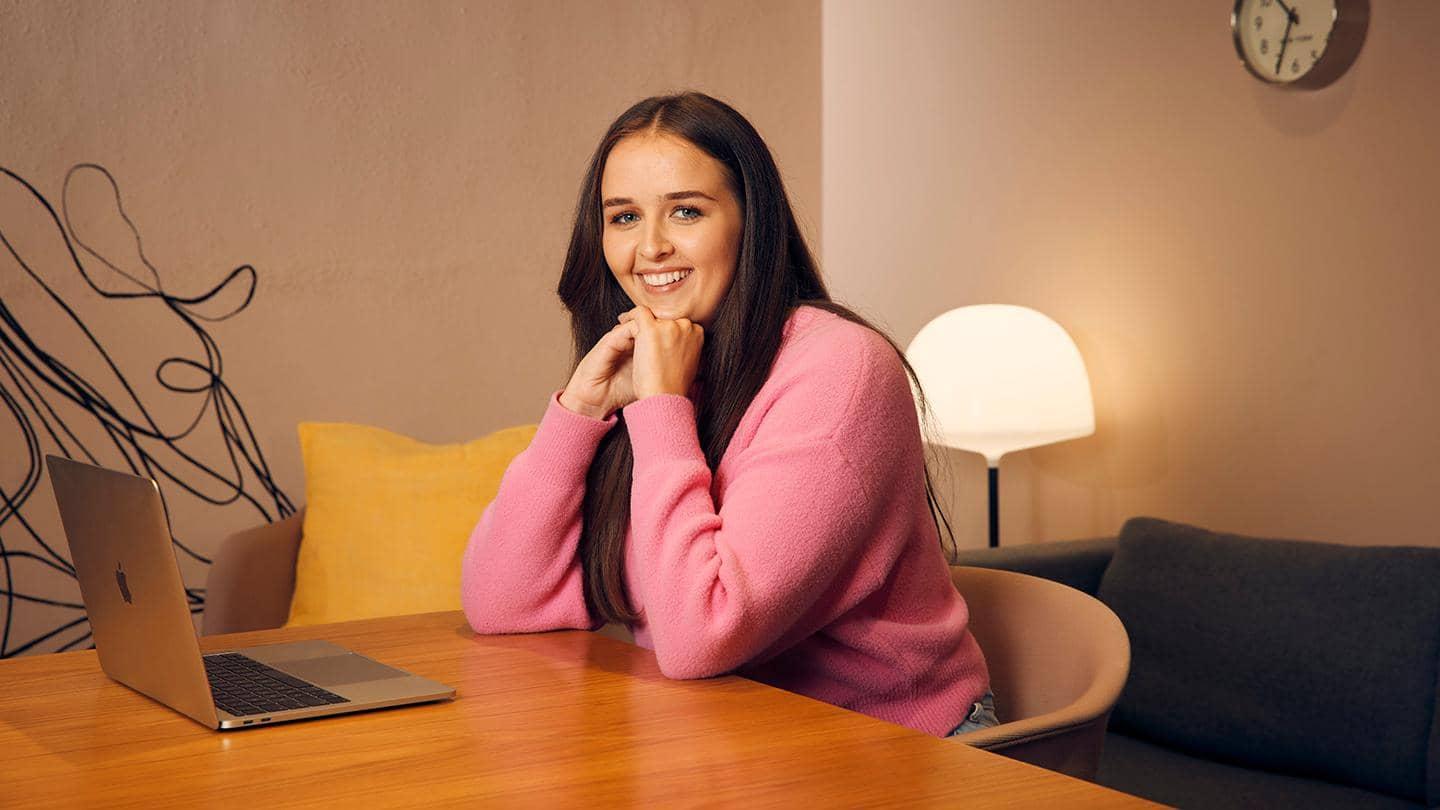 Megan Brent says the podcast highlights role models, at Barclays and beyond.

Megan echoes Aneesah’s point: “It's been really nice, especially with lockdown, to work with five other graduates on this project. It's completely different from my day job and an amazing way to stay connected and working on it with your friends. We work together, but we’re also friends.”

So what does the future hold for this dynamic team? Goals include “being the number-one-rated podcast on Spotify,” jokes Ben, and continuing to get “as much feedback from our audience as possible,” says Lucy.

The team is also committed to keeping Her Own Boss partnered with Barclays. “Not only do we get a lot of support with the expertise side of the podcast,” says Nikita, “but Barclays is one of the founding signatories of the Investing in Women Code. So, we’re able to give back by supporting that commitment and, in turn, support the next generation of female entrepreneurs.”

When it comes to the next steps for Her Own Boss, Nikita says the team is keen to expand beyond the podcast channel. “We’re thinking, ‘Can we do events? Can we do workshops? How can we take what we've learned from doing the podcast and make it bigger, and interact with our community a bit more?’”

“We want to enable our community of female entrepreneurs to get out and meet each other, to share experiences and tips,” says Sarah. “We want to create a community, which was our plan right at the very start.” 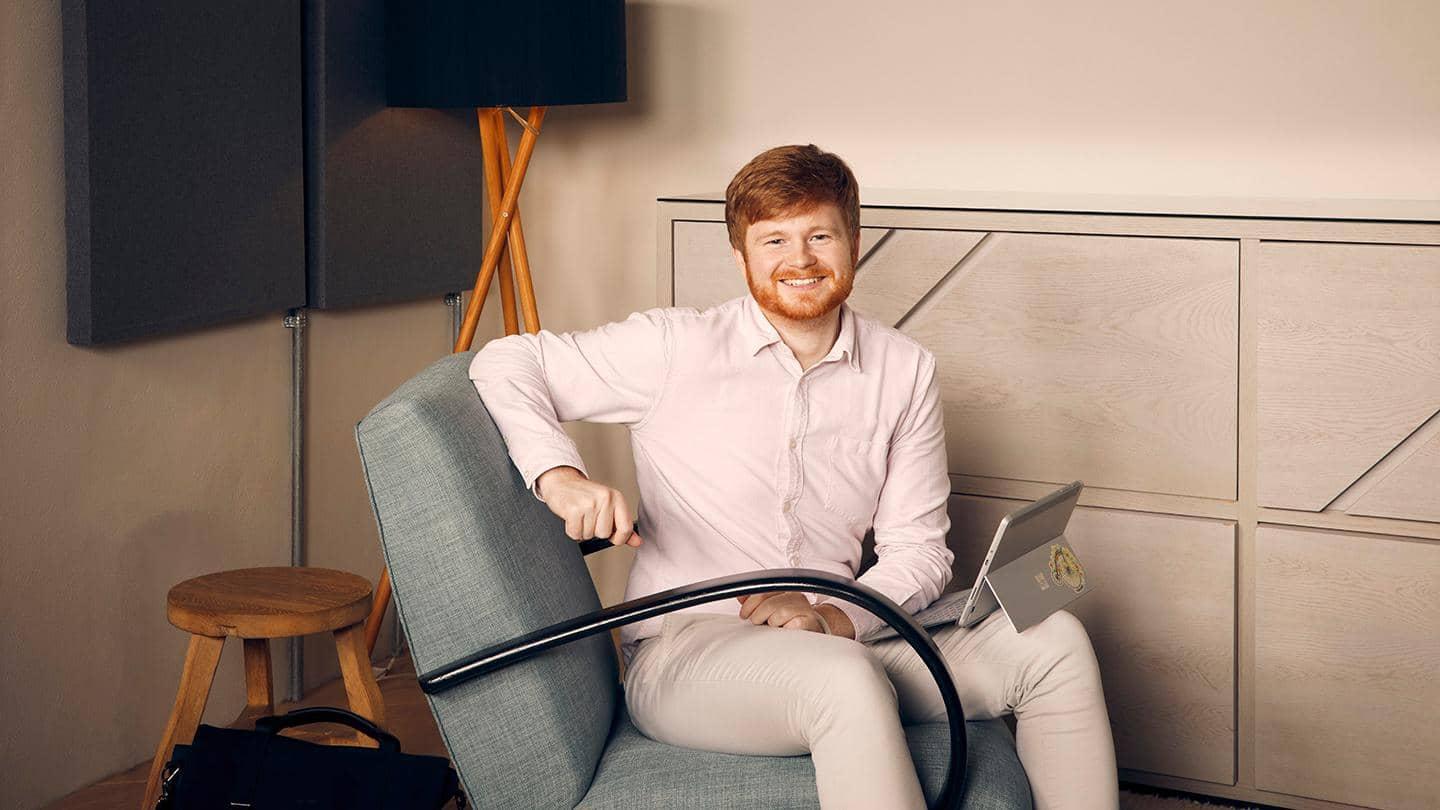 The team were keen to grow the podcast, with the first series as a “pilot season”, says Ben Tapolczay. 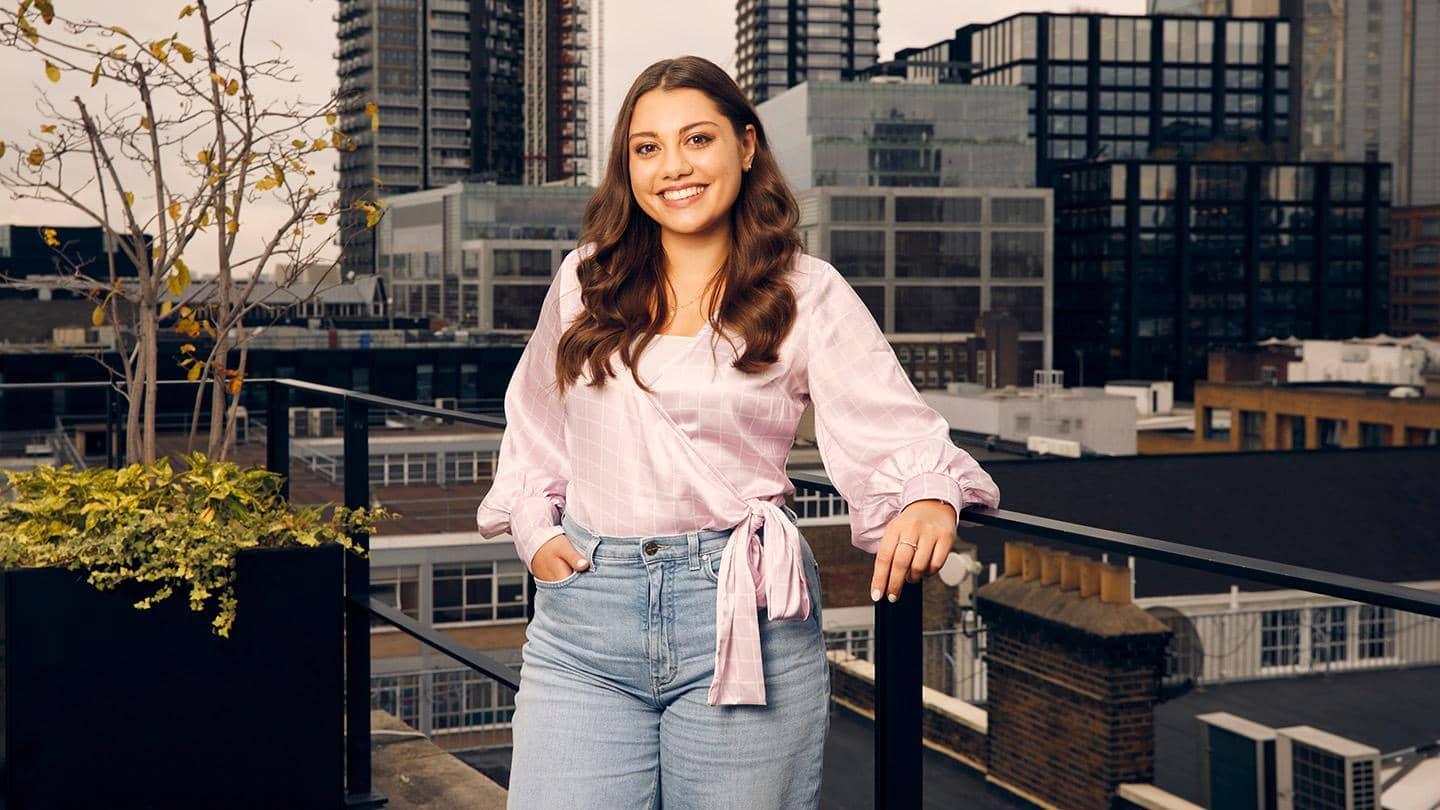 In the future, Nikita Lazaroo says the team would like to expand their work beyond the podcast channel.

Barclay's Head of Culture and Transformation shares letter to younger self

Hello, you! Being older has its good and bad sides. You see your parents age, then leave you with precious memories. Then you’ll get older yourself and understand what it’s like not having th...

Barclays' Nazreen Visram writing to her younger self

Writing to her childhood self as part of our letter series, Barclays’ Nazreen Visram looks back at growing up in 1970s and 1980s Luton, UK, being inspired by the bravery of her mother and learn...

Since joining Barclays as an apprentice at 16 years old, Bhavika Mistry has combined her career with taking a degree and her passion for table tennis. Here, she shares her experience of playing the...

As Barclays’ new Global Head of Race at Work, Azura Mason is leading work to attract and support Black colleagues across all levels of the bank. She shares why a rigorous approach to diversity and inc...