Arup, the employee-owned global engineering and design firm, has today announced it is adopting an innovative hybrid model – known as Work Unbound – that will give its 15,500 employees, known as members, greater flexibility in deciding how and where they work.  The new model means that its 6,000 UK-based members will be able to work their hours flexibly over the course of Monday to Sunday, meaning staff could opt to work some of their contracted hours over a weekend rather than solely across the traditional Monday to Friday pattern.

The hybrid approach is designed to create a working environment that accommodates different needs and allows members to integrate their work and personal lives alongside the needs of Arup’s business, clients and communities.

The Work Unbound model will be introduced throughout 2021/22. It includes:

Flexible days and working hours across the week – giving UK employees the ability to work their hours flexibly over the course of Monday to Sunday, meaning staff could opt to work over the weekend

Working from home – working remotely is to become a permanent option, as UK employees can choose their place of work for up to three days per week, with two days spent in one of the Arup offices

Arup’s Work Unbound model has been developed using insights gathered from a successful flexible working trials in both its Queensland, Australia and Liverpool, UK offices. During the Liverpool trial, which was conducted before the pandemic over a three-month period between April and July 2019 Arup found that:

The trial led to an increased and more equitable access to flexibility: nearly nine in ten (88%) felt they had the flexibility to manage work and other commitments, compared to two thirds (64%) before the trial. Staff in the office mainly used this flexibility to balance day to day life activities, such as attending appointments, exercising or “life admin”.

Remote working was embraced: Over half (55%) chose to work remotely at some point during the week, compared to only a third (33%) before the pilot commenced.

Leaders led by example: Nine in ten (91%) employees reported that leaders role modelled flexible working. The office still played a key role: Despite the flexibility offered, over half (56%) of staff chose to work from the office during the pilot for five days per week.

The Liverpool pilot identified several benefits for both the business and members including increased productivity, with nearly nine in ten (87%) of employees feeling that their productivity improved. Colleague empowerment, work/life balance and well-being increased too, while people viewed the opportunity to work flexibly as a competitive offering to existing and prospective new members. 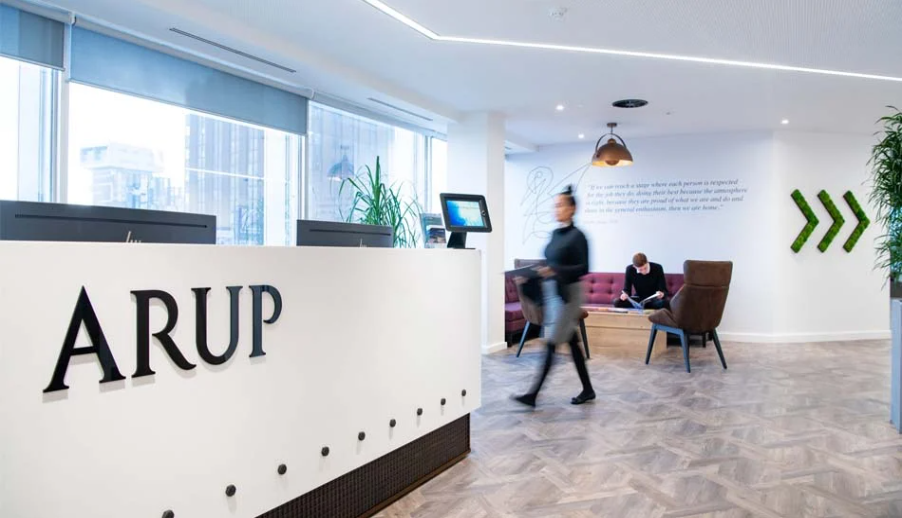 Arup's office in Liverpool trialled flexible working between April and June 2019, with nearly nine in ten (87%) of employees feeling that their productivity improved.

“Building significant flexibility into our colleagues’ working lives is something we’ve been experimenting with since before the pandemic. With the opportunity to flex working hours over the course of a seven day week, we‘re empowering our members to find a working pattern that allows them to be at their personal best while delivering high quality work for clients.

“As an independent company held in trust for its members, Work Unbound empowers Arup members to make their own choices about how they can do their best work. They can adopt a working pattern that suits their lifestyles. Importantly, it also means they can adapt to suit their clients preferred ways of working, whether that be in their offices, in Arup’s collaborative City Centre offices, on-site or at home.

“While this represents an evolution in how we work together, nothing can replace the human connection and relationships that make up our culture and nurture our development as built environment professionals. Our offices and colleagues live and work as a part of their community and as we embrace Work Unbound we will continue to invest in our city centre offices across the UK, reimagining our space as creative hubs where we can engage with city leaders, collaborators, and clients as partners in the effort to recover, transform, and thrive.”

“The flexible working pilot gave me the opportunity to try different ways of working to suit my lifestyle. I found that having the flexibility and freedom to work whichever hours, suited the demands of a young family. It allowed me to make the most of my downtime, and ultimately have a healthier work-life balance.

“It also opened other options for travel to work as I wasn’t constrained to certain times or modes and working from home occasionally removed the commute altogether – time which was spent productively elsewhere.”

As well as being a flexible approach which enables employees to thrive, Work Unbound also represents a more sustainable approach to how Arup operates. While office working will remain a crucial part of Arup’s operating model, the reduction in employee travel will also help move the firm closer to its target of net zero emissions across its operations by 2030.

Discover more about life at Arup.