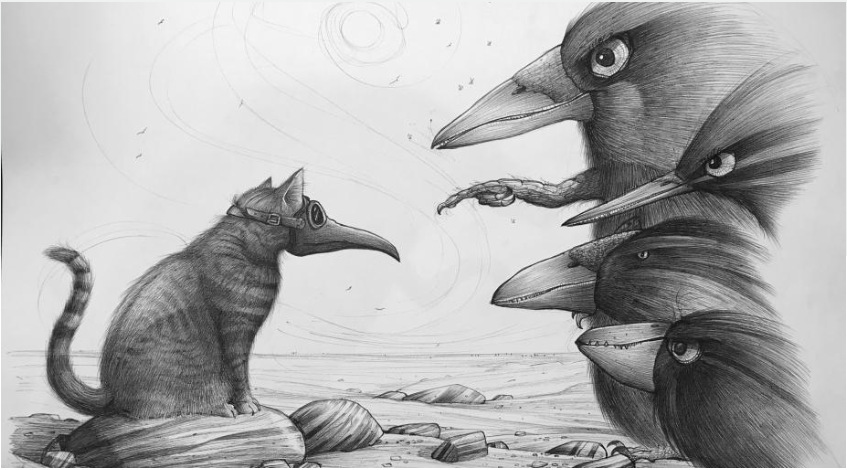 Peter: We met last year via the ACE Disability Staff network and after I had co-run a couple of Autism Awareness training sessions for colleagues at ACE. 2020-21 was quite an intense period due to this process…

Natalie: Yes. It was quite surprising and exciting to see someone within the Arts Council announce that they had an autism diagnosis, because at that stage it wasn't something I had really seen discussed or that seemed to be visible.

I was officially diagnosed with autism towards the end of 2017 (before I joined ACE), but it was very much something I had kept to myself, particularly at work. Because I was 30 at the time, I moved on and tried not to bring any attention to it. I know that autistic people are underrepresented in the workforce and I felt that if I’d got this far in life without a diagnosis then why tell anyone now? After you made your diagnosis public, I thought I should get in touch. I was wondering if you could say anything more about why it was an intense period for you?

Peter: Well, I think you'd had longer to process it. Mine was a relatively quick decision to go public. I was diagnosed in early 2020 and spoke to ACE about it later that year before sharing with colleagues early 2021 and speaking publicly about these issues. I think for anyone choosing to declare this about themselves carries quite a bit of risk. In a work context, I think the notion of 'stereotype threat' resonates.

Natalie: I've never heard of stereotype threat! But I think stereotyping is quite important in relation to autism. Maybe that's why I didn't share my diagnosis – because I didn't necessarily fit those stereotypes (or at least I was able to hide or 'mask' stereotypically autistic traits).

'Masking' is an important concept – it's something that a lot of autistic people, particularly women, do to try and fit in with those around them. Often by observing the neurotypical (i.e. non-autistic) community and assimilating behaviours or modes of communicating, or acting in the ways that they think others expect them to. Is that something you can relate to? 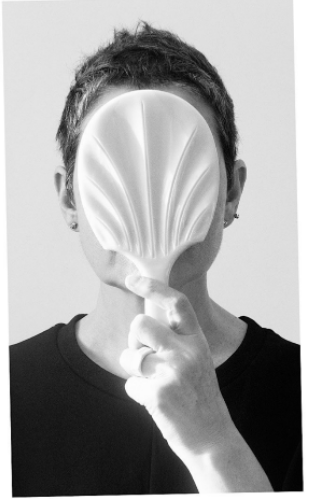 Peter: Totally. It’s one of the aspects of autism which I’ve come to realise causes a lot of exhaustion. I’m glad you mentioned the under-diagnosis in women – something that no doubt reinforces some of the stereotypes of who autistic people are and what to expect. Would you say there is much you’ve learned about yourself or other people since being more open about autism?

Natalie: The last year (since I decided to be more open and make connections with others with an autism diagnosis) has really been a big process of gaining greater understanding about autism, and other related topics around neurodiversity and disability.

It was training I completed about ‘having difficult conversations’ that made me finally have the conversation with my (then) line manager about being autistic. The training discussed how to read and reciprocate body language, which really meant nothing to me – it’s hard enough to keep up with taking in and interpreting all the other information that’s going on in a conversation! I felt it made some assumptions which didn’t really represent my perspective.

Peter: I’ve had similar experiences in my career with training providers who have not considered neurodiversity.

Natalie: I guess that relates back to the social model of disability, which is something I first became aware of when I went on the Autism Awareness training last year. It made me realise that it’s not necessarily me that’s the problem (having spent a lot of my life assuming it was!), but that the systems within which we work are not set up to accommodate different ways of thinking, working and communicating.

The pandemic in particular made me very aware of some of the struggles neurodivergent people experience in accessing cultural opportunities and funding. People have challenged us that if we don’t have autistic members of staff (or if these colleagues aren’t visible), then how can we begin to empathise with the challenges of the autistic community?

Peter: It’s a fair challenge and consistent with the issue around representation more generally. Specific to autism, research indicates that communication issues tend to arise between neurodivergent and neurotypical people, but not to the same degree when neurodivegent people communicating with one another. This is at the heart of the ‘Double Empathy Problem’ – i.e., someone with autism is not failing to communicate effectively, but rather the two communication methods are different. If we sign up to the social model of disability, there has to be the recognition that communication differences are more to do with social power structures – for the majority to be aware of the experience of a minority.

Natalie: To bring this back to autism acceptance, I really felt I had some sort of responsibility to be more open – although of course I am unable to speak for all autistic people and I am aware that the types of challenges I might face are very different to the difficulties someone else might experience.

I feel that my autism is a ‘difference’ as much as a ‘disability’, but I’ve become a lot more aware of where those differences might lie. For example, in terms of how I experience the world, think about things, and relate to other people – but also how these differences can be positive in certain situations.

Peter: Absolutely. I think of my diagnosis as a heads up that this brain is running a different operating system. It’s nigh on impossible to understand another’s experience of the world…

Natalie: … but it is important to listen and make sure we make space for other people’s experiences, and to recognise where the challenges might be in achieving that. I love the idea of your brain running a different operating system!

Peter: Sue Fletcher Watson from University of Edinburgh presented work at a recent conference about how to create neurodiversity-affirmative schools. There are practical steps to create a stigma-free environment for neurominorities – but (like inclusivity measures for people with any protected characteristic) those actions are unlikely to happen on their own.  As we seek to embed the Investment Principles in our own organisation, here at ACE, this is a question we continue to ask in terms of the work environment and the experience which is created.

Natalie: Over the past year I’ve also become aware of a lot of work being done around autism and neurodivergence in the cultural sector, in order to make the sector more inclusive. We’ve funded some really interesting resources through Project Grants, such as Every Brain’s practitioner-developed toolkit on neurodivergence, (which is aimed at arts organisations) and the artist Sonia Boué’s work on creative neurophototherapy - I’ve learned a lot from seeing what other people are doing and felt much more connected to a bigger community.

Peter: It’s a massive help not to feel you’re navigating things alone. And on that, it’s been really great meeting you through our work at ACE!

For a parting shot, I’d like to ask what ‘autism acceptance’ means to you?

Natalie: That’s a big question and I suppose I look at it from two perspectives. Firstly, on a personal level I think ‘autism acceptance’ involves trying to understand and accept the way my brain works. This has meant learning to recognise and maximise my strengths, understanding where and why I might experience things differently to other people and working with that, rather than seeing this as a failure to conform to norms and expectations (rejecting the so-called ‘deficit view’ of autism).  I think it’s about us – as individuals, as an organisation, as a society – being accepting of people and their differences (whatever these might be), trying to understand as best we can and making sure we’re listening, learning and understanding.

One thing that has been very clear to me during the pandemic (when workplaces and organisations have had to adapt their ways of working) is that often the changes we make to support one group of people can actually be of benefit to everyone. We can be quite set in our ways, but sometimes all we need is a bit of thought about why we do things the way we do, and some willingness to try doing things a little bit differently.

About the artists featured

Sonia Boué is a multiform Anglo-Spanish artist based in the UK. She is also a writer on autism and art, and a consultant for neurodiversity in the arts. She has a significant body of both postmemory work and neuro-inclusive practice-led research.

Jon Adams is both a contemporary Artist, advocate and researcher. He makes a variety of work in many differing media often referencing his autism, synaesthesia and dyslexia, all interwoven with history, science, time and his past experiences. He's shown in galleries such as Royal Academy, Tate Modern and been commissioned by many arts and science organisations including projects for Parliament, London 2012 and on stage. He advocates for the rights of Neurodivergent people to fully access the arts, funding, health care and relevant research.

Find out more about working at the Arts Council England

Neurodiversity at Arts council England: It's okay to be different

For World Autism Awareness Week, Isobel Gent, one of our Apprentices based in our Cambridge office, shares her personal experience   Autism Awareness Project: Spotlight with ZoieLogic Dance Theatr...

Now, more than ever, our cultural sector is recognising its dependency on freelancers. Our Director, Strategy, Michelle Dickson, gives us the details about how our Delivery Plan for 2021 24 is helping...

Arts Council England: Freelancing in the creative and cultural sector

As we launch the Freelance : Futures symposium to discuss how we improve the support for and position of individuals working in creativity and culture, our Chief Executive Darren Henley ex...